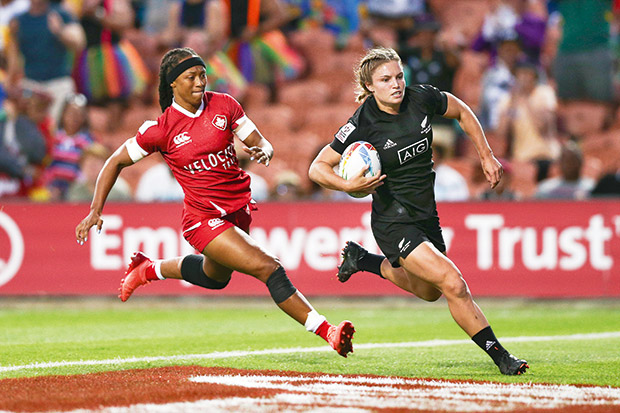 Working to improve her mental strength and gaining much-needed confidence has been a game-changer for Black Ferns Sevens star Michaela Blyde.

Not a day goes by without Michaela Blyde conjuring up a mental image of herself playing rugby at the Olympic Games. “People might think it’s a bit weird or cocky, but visualization is an amazing tool,” she says. “You can visualize yourself competing, winning, making a tackle, scoring a try, or saving a try; and you transition that mindset to performing on the field.

“I see myself running with the team onto the field at the Olympics for the final, then the whistle blows, and we are cheering and crying because we’ve won the gold medal.” Playing in the Olympic final (her cherished dream) might have already taken place but for the global pandemic.

When she received a phone call from Sevens coach Allan Bunting telling her the 2020 games were postponed, she struggled to comprehend the news. Despite the cancellation of three early-season Rugby World Sevens Series tournaments, Michaela had been convinced the Olympics — the biggest sporting event on the planet — would be green-lighted. She was inconsolable.

Months later, her emotions are still raw, and her voice breaks as she recalls how ready she was, physically and mentally, to compete at the games and that she didn’t know how to handle having the opportunity taken away. She and her partner Aidan Ross were staying with her family at Lepperton, near New Plymouth, during lockdown. Her parents tried to tell her it wasn’t the end of the world, that there would be another Olympics.

“I didn’t see it like that. I’d been training for this for four years, and now it wasn’t going to happen.” Michaela was upset, angry, and unable to come to terms with what had happened. Eventually, she spoke to a psychiatrist and over time has regained her perspective.

Initially, she wondered what was wrong with her. “‘Why am I feeling like this? It’s just rugby; it’s just sport. Am I okay?’ I had to turn it around, to realize that I’m in a good position, that it’s going to be okay. There will be another Olympics — when and where is uncertain — and Michaela, 25, likely has many years of playing rugby ahead.

More stories you might like:
International cheese expert Juliet Harbutt on why she has returned to the Hawke's Bay to set up Hunter Gatherer food, wine tours and cheese tastings

That’s not what haunts her; what she is desperate to address, what is part of her burning desire to be an Olympian is that she’s been there before. Almost.

Tokyo 2020 was to be her redemption, her chance to turn the Olympics into a positive experience. In 2016 she went to Rio de Janeiro as one of the two traveling reserves (Shiray Tane was the other) for the Black Ferns Sevens.

However, theirs was a Clayton’s Olympics; they were part of the squad but not in the actual playing team of 12. There was no living in the Olympic village, no team gear, and no traveling on the team bus to training.

During the three-day tournament, the pair weren’t allowed to attend team talks or hang out with the players, instead relegated to the stand where they sat in the baking heat for hours on end. It was an uncomfortable experience, made worse when New Zealand lost the final, beaten 24-17 by an in-form Australia. There was no silver lining. And no silver medal either.

The disappointments of 2016 encouraged Michaela to take a long hard look at herself, and in hindsight, she admits to being grateful she wasn’t selected. “I was way too shy, way too scared to express myself and be true to myself. At the time, I thought I was ready, that I was good enough to be part of the playing team.

“But since then, having played consistently for the past four years, I know that while my speed, contact work and fitness were up there, mentally, I wasn’t ready to be an Olympian.”

In 2016, Michaela had been playing Sevens for only four years. She had dabbled in rugby as a youngster when her parents signed her up along with her three brothers to play for their local Taranaki club, Clifton. But she made the switch to football when she was eight. Nine years later, she wanted to try a new sport and switched to Sevens. 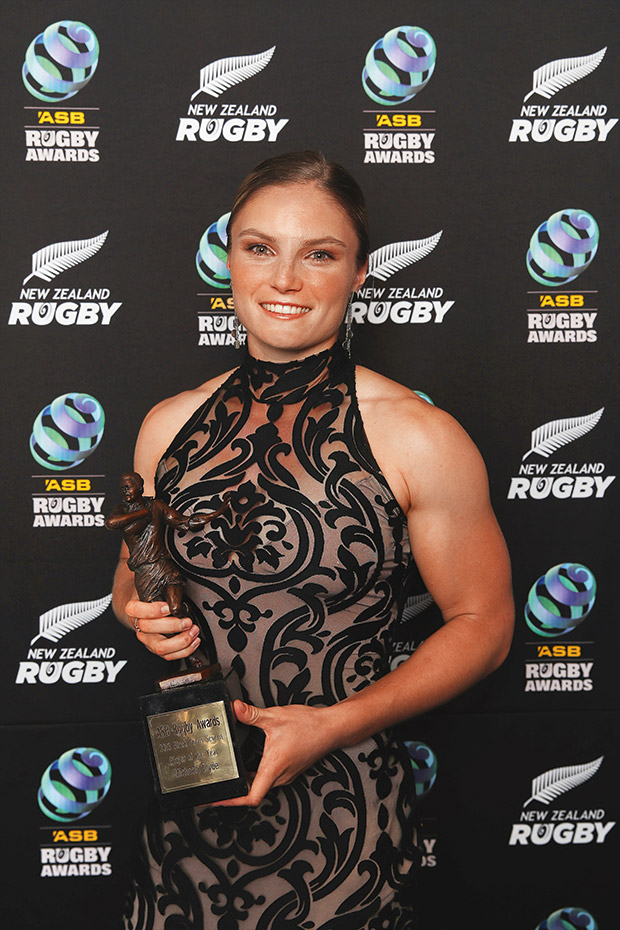 A standout because of her superior speed, she made an immediate impact and was fast-tracked onto the national scene. But learning the game while playing alongside and against experienced players was daunting. In 2014 and straight from school, she was offered a national training contract, and in February of that year, she took part in her first Rugby World Sevens Series tournament.

Two years out from Rio, she realized her long-held dream of going to the Olympics was tantalizingly close, but she struggled to make headway with her game, which was why she found herself going to the games as a traveling reserve. She needed to make significant changes.

“After Rio, instead of putting my head down and thinking, ‘I’m not good enough to be a part of this team, I don’t want to play Sevens anymore,’ I said, ‘Nah, I’m going to prove these people wrong’ and I worked the hardest I’ve ever worked in my life.”

Improving her fitness had a positive impact on her rugby ability, which in turn helped build her confidence. The shy girl, who had been playing just a couple of tournaments a year, morphed into one of the Black Fern Sevens most valuable players. She was selected for every tournament, being part of winning World Series events, was the series’ top try scorer (40) in 2016-17, and twice named the World Rugby Sevens Women’s Player of the Year.

While Rugby Sevens has not yet given her the Olympic medal she craves — pandemic-willing, this year she’ll get her chance to go for gold — the sport has helped mature and mould her as a person.

She has her health and a better understanding of what good health means — eating well, exercising, and having positive friendships. And it’s given her a solid financial foundation; she now owns a home in Papamoa. It’s also reinforced what her parents told her when she was growing up — that anything worth achieving does not come easily.

Sevens is an Olympic sport for both men and women, who compete in two separate competitions, each containing 12 teams. The format is two-part: firstly pool play with the 12 teams divided into three pools of four, all teams in each pool playing each other once. From there the top two from each pool plus the two best third-place finishers qualify for the knockout round. The bottom four teams play a consolation round. The knockout round is quarter-finals, semi-finals and the final. The losing semi-finalists play off for the bronze medal. At Rio de Janeiro, in the women’s event, Australia won gold, New Zealand silver and Canada bronze.

BEING STRONG IS NOT WRONG

Michaela has always had muscles, even as a small child. “Because I have a sprinter’s physique, I developed muscles easily.” The downside was derogatory comments from her contemporaries.

“I was teased for having biceps or for being fast, teased for being a competitive girl who could beat the boys. I was called the Hulk and Terminator. When I was at intermediate school, because I hadn’t started shaving my legs, I was called fast and furry-ious.”

Learning to love her body took a long time. “I’d look at myself in the mirror and think, ‘Why do I have such big shoulders? Why can’t I have skinny arms like my friends or slim curves and skinny legs?’ I was negative about myself because I was muscular.”

Playing rugby helped her accept her shape. “Seeing other women in the same situation made me understand there is nothing wrong with being a woman who goes to the gym. “Love your body because it is healthy and strong. It’s frustrating to hear people say that women who play rugby aren’t feminine. We’re as feminine as hell.

“I’m passionate about women understanding that their body is beautiful whether they’re a size six or 14-plus.”