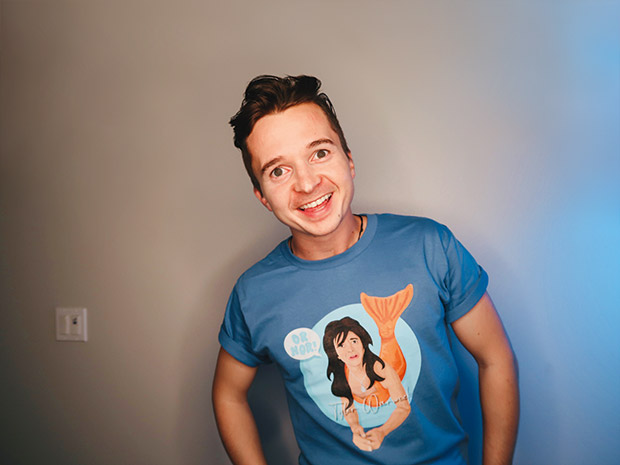 Stuck in limbo between lockdown and audition opportunities, actor Tyler Warwick started uploading to TikTok and Facebook, so far generating millions of views.

Tyler was cast in his first school play at five years old. He was a “passer-by” with only four lines — three of which were the same but repeated in different scenes — but thought hard about how he would deliver those few words. It paid off; at six, he was scouted at school for a TVNZ documentary about the 1913 Great Strike; no dialogue but an exciting experience, nevertheless. His parents allowed him to join an agency and, at 12, he landed a part in Disney’s Bridge to Terabithia, which was filmed in Auckland.

“Acting was inevitable,” he laughs. “From the time I was born — so they tell me — I was putting on some performance or other to add drama to my life. There was an awful lot of eye-rolling on my account among my whānau.” But Tyler was realistic, aware acting is a fickle beast and looked to the visual arts, studying photography in high school as a plan B. “If I couldn’t get centre stage, maybe I could be a film-set photographer, so I completed all NCEA levels of drama, music and photography.”

It’s not every parent’s idea of a stable career, but Tyler’s were supportive. He applied to Unitec and Toi Whakaari, both of which had very competitive courses and, at that time, only accepted 25 students each.

“It was very stressful, but my parents and my sister, Amber, have always been incredibly supportive. I think I was a particularly annoying dramatic little brother at times, but Amber has always had my back. My parents understood the pressure of auditioning and supported me throughout the entire procedure, which led to me being accepted at Unitec.”

Graduating with a bachelor of performing and screen arts, Tyler had a series of roles — paid and unpaid as is the lot of budding actors — including long-running series Power Rangers (playing the friend of a Power Ranger), the Pop-Up Globe (Eros) and Sweeney Todd (Tobias). But, musical theatre is his particular passion, so he packed his suitcase and headed to Melbourne, determined to chase every opportunity. 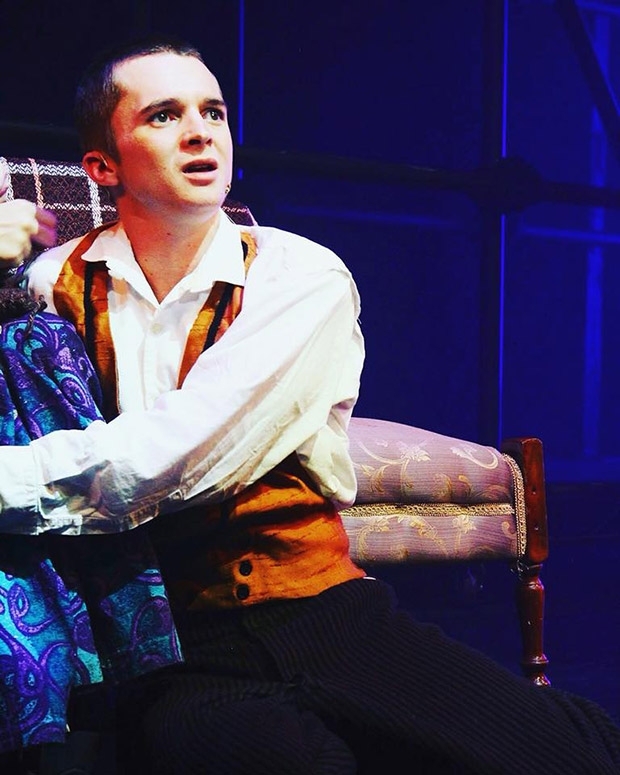 He was soon doing the auditioning rounds and was cast in a regular industry performing night, singing backup for some of Australia’s well-known musical theatre stars. But then he met his now-fiancé, Michael Pappalardo, and along came an opportunity.

2020 to the present: The power of social media

Michael was offered a job in California, and the pair moved to San Jose… and so did Covid-19. Of course, no one was casting, and Tyler turned to social media, desperate for an outlet for his frustrated creativity. He began recreating scenes from his favourite shows and movies on the social media platform TikTok, including Disney, Harry Potter, and the Twilight movie saga. 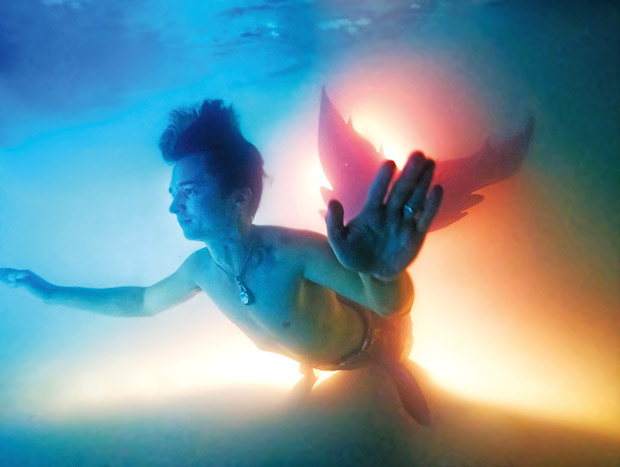 Tyler could never have anticipated where TikTok has taken him. The owner of Florida-based Merrowfins – purveyor of mermaid tails and associated accessories – is one of Tyler’s fans and offered him a collaborative photoshoot. A USD5000 silicon tail and an afternoon in a private pool in Orlando later, it was one more astonishing experience in Tyler’s unimagined success.

“It took about a year to gain a truly substantial following. I hit 600,000 followers almost on the one-year mark and [at time of writing] have 750,000+ followers, growing steadily. I aim to create quality content that I enjoy and think others will also enjoy and try not to get too caught up in the number of ‘Likes’!”

And as his ‘Likes’ have reached more than 55 million, he must be doing something right. “My Grinch videos brought me to the attention of E News! and BuzzFeed, and several actors I portray have made comments. Recently I began recreating scenes from the Australian teen TV series — H2O: Just Add Water. Phoebe Tonkin played the character Cleo, one of my most popular portrayals. She once commented, ‘Pulitzer Prize-winning performance’ and I was ecstatic for days.”

In September 2021, Tyler was invited to be a featured speaker at a social media convention in Texas — “a truly humbling experience” — and in November, multi-billion-dollar conglomerate Disney commissioned TikTok episodes for its Christmas marketing campaign. At any stage in an entertainment career, Disney’s is a significant eye to catch.

1. “Be the most authentic version of yourself. Be kind to yourself and be your biggest supporter.”

2. “Persistence is everything. Keep doing what you feel driven to do, and if that changes — great. Allow yourself to be flexible and open to change.”

3. “Treat everyone with respect. Don’t disrespect others for personal gain. We are all in this together. Help each other out and collaborate — everyone is valuable and deserves to be treated so.” tylerwarwick.com