In this week’s water cooler, we devour delicious Snackaballs, sing-along with Geoff Chapple, and watch a play in Christchurch. 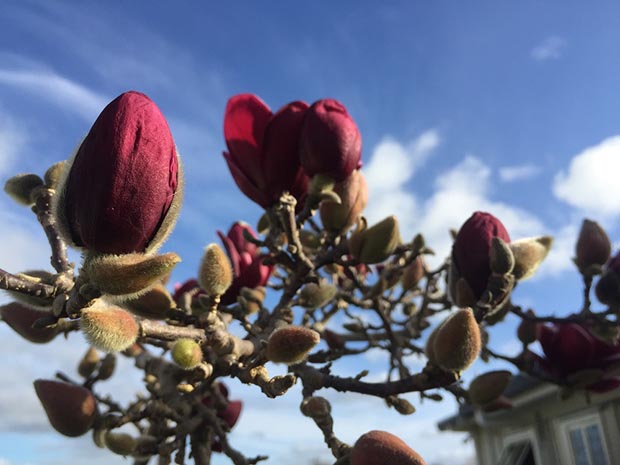 Eleven years ago Ian Baldick told me couldn’t move from his South Auckland block for another 20 years. It’s one of the occupational hazards of a magnolia breeder and a bit of a problem for his wife Shirley who, even then, was making noises about moving. Ian was one of the first people I wrote about for NZ Lifestyle Block magazine (of which I’d just become the editor). A quick check shows Ian is still patiently waiting on dozens of crossbred trees to bloom, just as he told me he would.

August is his favourite time of year because that’s when he might (or might not) get to see the trees’ true colours. Sometimes – after 20-odd years – he tires of waiting and then it’s off with their heads, into the firewood pile and the compost bin. Drive past Ian’s property at this time of year and it’s a rainbow of blooming magnolia. He’s released approximately 35 cultivars over the years. Ian was so inspiring I had to have a magnolia in my garden.

This isn’t one of Ian’s – it’s Genie by another NZ-based breeder, Vance Hooper and I am pretty pleased with it. It was a $10 bargain from a local nursery as it had almost outgrown its pot, and it faithfully blooms twice a year outside my kitchen window. 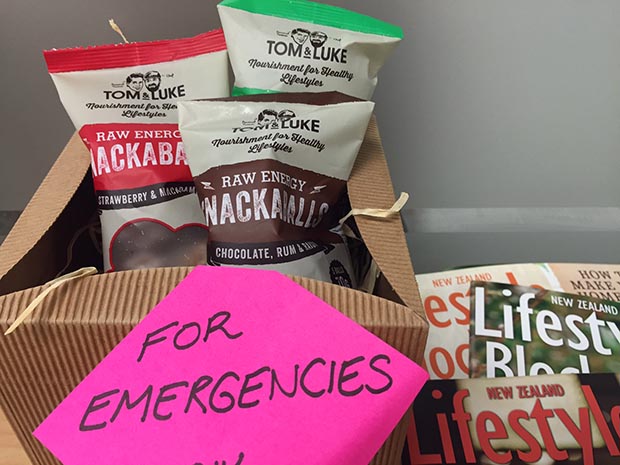 The fact that I have a sweet tooth will surprise no-one. In the office I’m always the first pulling chocolate out of a drawer or baking a cake to celebrate absolutely any occasion. Unfortunately the combination of sweet tooth and no bootcamp for a month has resulted in tight pants and this time I can’t blame the clothes dryer. I keep meaning to make bliss balls but find some ingredients super-expensive or hard to come by (read, I’m a little lazy), so when I came across Tom & Luke’s Raw Energy Snackaballs at my local New World, I had to give some a try.

More stories you might like:
Waitakere park ranger Jason Duff finds joy in protecting one of Auckland's most vulnerable parks

I’ve since made two return trips and have a stash of five packets hidden away in the office. They are DELICIOUS and full of good things. All natural, gluten-free, dairy-free and loaded with protein. Ahh, my new 3pm guilt-free treat. At the moment it’s a tie for favourite between salted caramel and cacao & peanut butter. The only problem? I’ve converted half the office and now have to share my stash. Back to New World I go.

At the moment these balls of bliss are stocked at New World and Pak n Save, with online orders coming soon.

A SOUNDTRACK FOR A TRACK 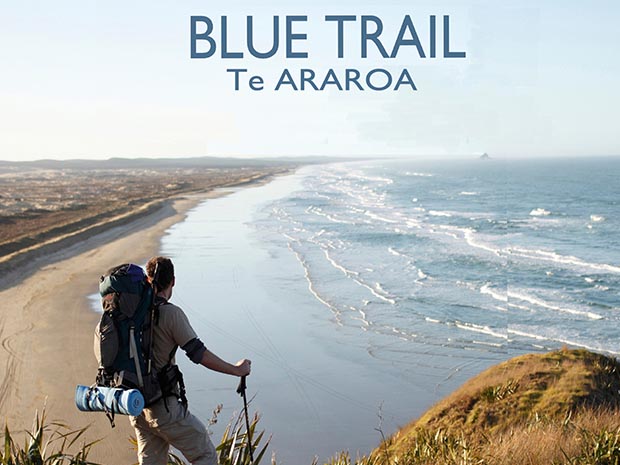 If you noticed the music behind the break stings and the credits on Maori TV’s recent second series on the 3,000-km Cape Reinga – Bluff walking trail, Te Araroa: Tales from the Trails, then you might like to know that Geoff Chapple who founded the trail also composed the song: Blue Trail – Te Araroa.

Pio Terei walks Te Araroa, meeting the locals, the trampers, and the trail minders in his Tales from the Trail series. The series uses part of the Blue Trail chorus – as sung by Anika Moa, Annie Crummer, Don McGlashan and Laughton Kora – but Geoff himself sings the main song, and it has a particular distinction: it has more Kiwi place names (50) than any song since John Hore’s 1966 adaptation of the song I’ve Been Everywhere Man (unchallenged at 115).

I could be happy

In blue and fortunate weather

Between you and the sun

“That seemed right,” says Chapple. “They were the words on Te Araroa’s first plaque, up near Kerikeri, and it seemed right also to then background the verses with Te Reo.”

WHEN ANCIENT GODS AND iPHONES COLLIDE 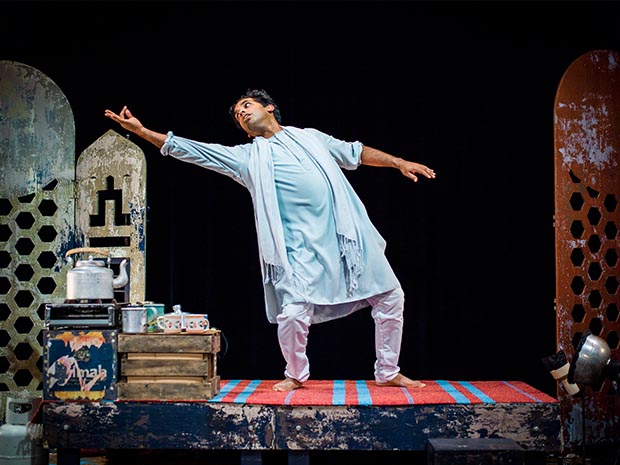 In Christchurch, and perfectly timed for Father’s Day, is the story of a poor chai-wallah (tea-seller) whose life is changed forever when a young girl is abandoned at a busy railway station and brings the place to a standstill with the beauty of her singing… surely this romantic thriller sounds like Dad’s first choice of a night out. Go on, be the golden child that you are, and gift him the joy of love. There’s a good reason Guru of Chai, by the Indian Ink Theatre Company, scooped Best Play, Best Actor and Best Composer at the Chapman Tripp Theatre Awards on its debut. And be first to enjoy Christchurch’s newest theatre in action as Guru of Chai is the first theatrical production at the just-opened Centre for Music & the Arts, The Piano. The 80-minute show runs from 1 – 3 September, 7:30pm, with a 2pm matinee on Saturday.

More stories you might like:
Water Cooler: Celebrating National Poetry Day, Daily Yoga App, designer Lucinda Barrett and how NOT to make marshmallow

Book your tickets here, then share this video with Dad to give him a taste of the play. That’ll be extra Brownie points. Tucked on a quiet back street in Paeroa (unless the rugby’s on across the road), The Refinery is a quirky cafe which is bringing some big city cafe culture to the antique capital of New Zealand. Located in an enormous space once used as the National Bank Gold Refinery, the decor is retro, the sandwiches are almost a two-person serving (while I turned my nose up at broccoli in a sandwich, they soon had me converted), and the Mt Atkinson coffee is excellent. We popped in on a Sunday afternoon and there wasn’t a seat to be found inside – luckily the outdoor seating was drenched in sunshine. Find it at 5 Willoughby Street, Paeroa. 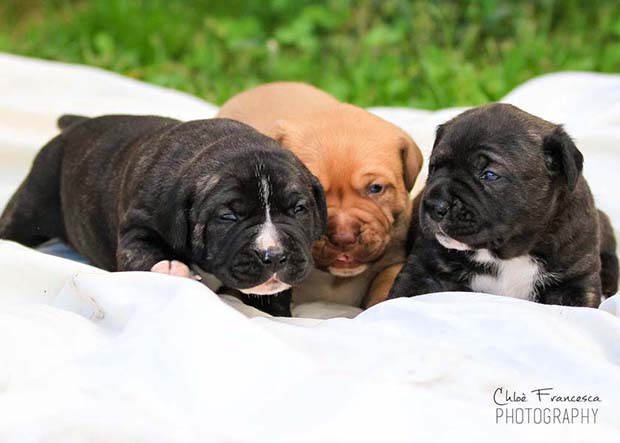 Last but not least – today (Friday 26 August) is Phantom Billstickers National Poetry Day! Click here to discover what puppies and poems have in common.