Lucy Corry’s furry friend gets a feast fit for a king.

There are many things I didn’t expect to have to worry about when I became a (reluctant) dog owner in 2020. Naively, I didn’t realise puppies took a while to sleep through the night. Nor did I realise young dogs have a penchant for chewing small and expensive-to-replace electronic items. Or that the more expensive the shoe, the more likely it is that they’ll be tempted to chew it.

Of course, there have been lots of happy revelations too. It’s hard to be cross at a dog who wags his whole body with joy at the thought of chasing a tennis ball. Having a dog rest his head on your knee on a flat day is immensely comforting. While I don’t think walking our dog has made me any fitter, it’s certainly given me an excuse to make small talk with a greater number of complete strangers. In pandemic times, such social connections cannot be under-rated. But now the inappropriate chewing days are (mostly) behind us, another issue has dawned on me. Keeping a dog fed and healthy is turning out to be quite a challenge. Take a stroll down the pet food aisle of your local supermarket and you’ll soon be bamboozled by choice. Discovering this side of dog ownership was a surprise to me. When I was a child, our pet dog ate the same diet as the working farm dogs: triangular Tux dog biscuits from a drum in the garage. I can tell you what these biscuits taste like because my brother made me try one; if you can imagine very hard Weetbix infused with beef stock, you’re nearly there.

If you’ve ever wondered why dogs show an interest in eating all sorts of hideous things, it’s because we’ve pretty much trained them to do it. Our dog started out eating biscuits from the supermarket until a scary puppy trainer advised us to feed him a more premium brand (funnily enough, the brand sold in the trainer’s store). Then I read a book about the importance of feeding dogs raw meat, so we added some dog-friendly beef to his diet. He was happy, we were happy. I even made him a beef cake, ‘iced’ with yoghurt, for his birthday. 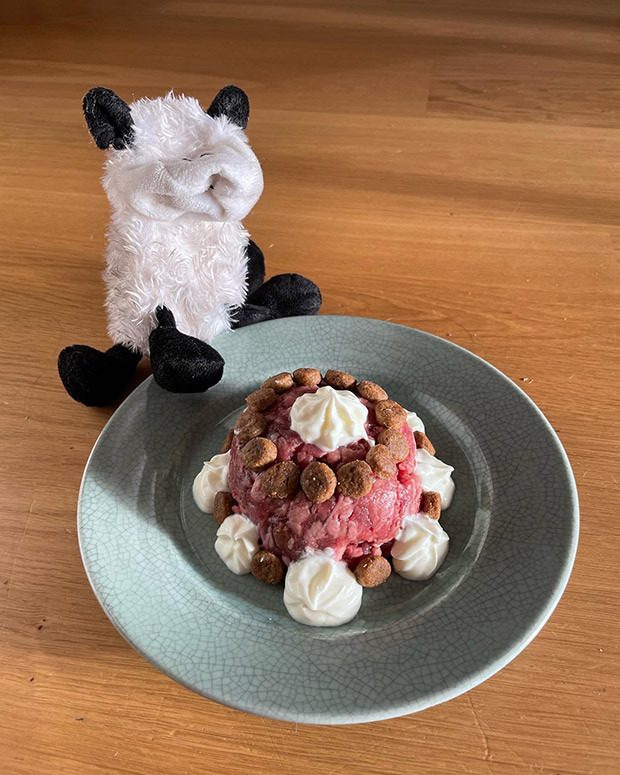 But we’ve recently had to revise his diet (no beef, in case of allergies; no cheese, in case we go broke; no cheap biscuits, in case he doesn’t like them) and it has revealed a few worrying things. When the vet suggested cooking him chicken, my husband happily went off to buy some while I stayed home and worried that I was going to turn into Mrs Bates, who we once worked for on a Greek island. Mrs Bates was a formidable dog breeder who ran a kind of dog farm, where she took in strays and barked ferociously at all and sundry (particularly people like us who worked for her in return for free accommodation). Mrs Bates used to cook up chickens into what she called “a lovely gravy” for her prized King Charles spaniels, whom she hand-fed from her bed. When she went away for a few days, leaving us in charge, I was petrified that I’d get the “lovely gravy” wrong and accidentally kill the dogs. I was also worried that I’d end up smelling permanently of dog, like she did, but that’s another story.

Buying chicken that’s supposedly fit for people to feed our dog feels wrong on every level, particularly when you discover that cheap chicken costs less to buy than dog food. It also reminds me of a 2019 visit to a chicken processor, where the tour guide gaily indicated the various machinery used to strip a chicken into its constituent parts. Breasts went here, thighs went there and the rest got fed into a machine that “makes dog food and chicken sausages” she said. Suffice to say, I haven’t eaten a chicken sausage since. 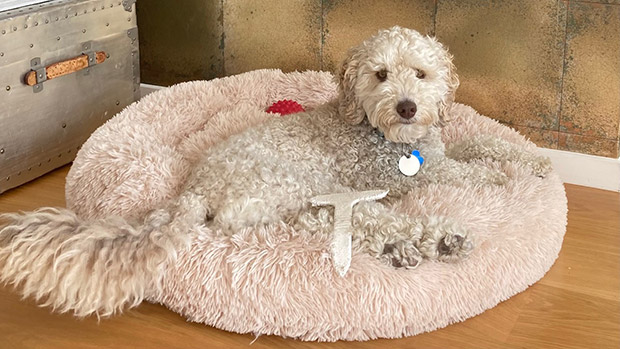 I used to think that feeding a dog was simple, but it’s turning out to be quite the buffet of ethical, moral and financial conundrums. The light at the end of the tunnel has been the discovery that our dog loves to eat good old wholesome New Zealand-grown kumara alongside his meat-infused biscuits. If I have to anoint it with a bit of “lovely gravy” every now and then, I can probably live with that.