Across the room, a roast chicken is being pulled out of the oven while goat bacon sizzles in a pan. It’s all a bit confronting for 9am on a Monday morning, especially when I haven’t yet had breakfast. Then again, when facing a day of sampling a wide range of food and drink, it’s best to start on a fairly empty stomach.

This week I’ve been fortunate to be among the judges for the Outstanding New Zealand Food Producer Awards, which are now in their sixth year. The awards, which are run by Kathie Bartley and Nic McConnell, celebrate and showcase the absolute best of Aotearoa’s food and drink. Winning products receive gold, silver or bronze medals, while the best in each category is identified as a ‘champion’ winner. The best of the best is named Supreme Champion. Previous Supreme Champion winners have included Clevedon Buffalo, Wooden Spoon Boutique Freezery and Homegrown Butchery. In short, it’s kind of a big deal.

“Not every product will win a medal or an award, but it’s a wonderful opportunity to put some fantastic products in the spotlight. 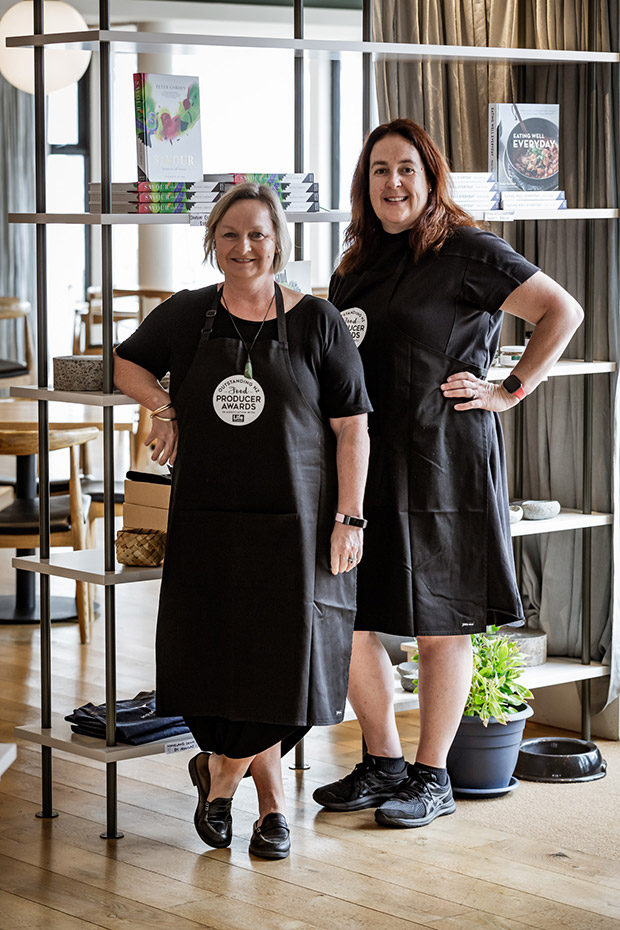 “Whether they’re starting out or established, I think it’s important that all food producers get feedback on what they’re creating. They could pay huge dollars to a consultant, but entering these awards is a very simple way of getting straight to the feedback and getting attention from well known food writers, chefs and movers and shakers in the culinary world.”

Lauraine, a well-known champion of New Zealand produce, says she’s noted “extraordinary development” in entries since the first awards in 2017.

“Then, we had more than 100 entries and we were thrilled. This year we have 300. Now, not only has recognition grown, but so has the innovation. We’re a young food-producing country compared to the rest of the world and we’ve got all the right elements going for us. That’s why there’s so much flavour in New Zealand food.” The process works like this: the call for entries goes out four months prior to judging (this year we’re judging a little later than normal, thanks to Covid complications). How a product looks and tastes accounts for 75% of the possible marks. This is judged ‘blind’, without any identifying packaging or promotional material except for information about the ingredients and their provenance. The remaining 25% of marks are split between environmentally and socially sustainable business practices (15%), and brand story and packaging (10%). 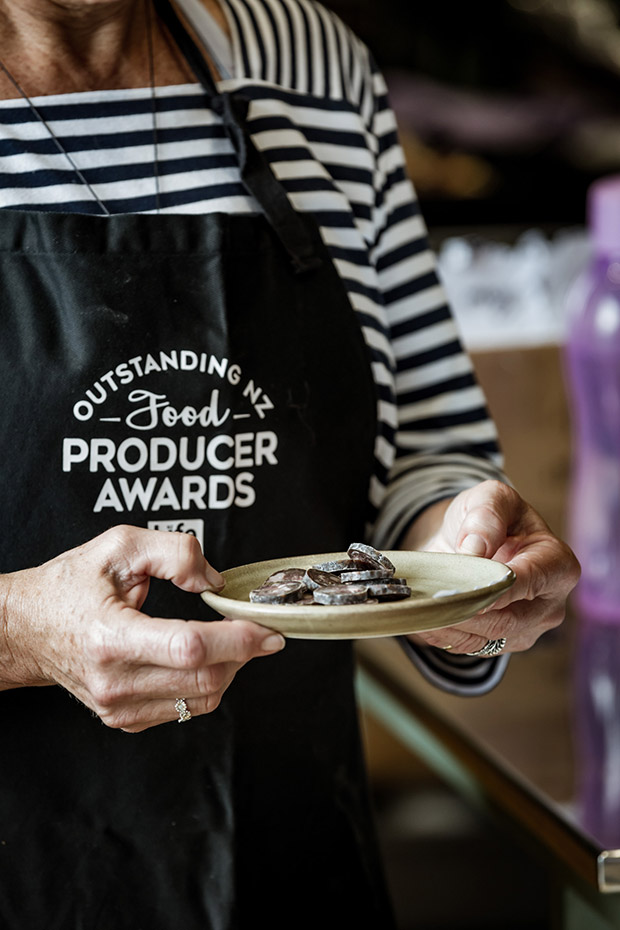 It’s a logistical challenge, made much easier by a team of absolute professionals behind the scenes, including calm and unflappable Gay Dobbie and Jill Gunn, who have the daunting task of cooking to perfection any product that requires it.

While judging is tough (honestly!), it’s also exciting. Though each panel has a lot to get through, we encourage other judges to try any stand-outs (this is how I ended up nibbling on a succulent lamb chop between butter and yoghurt sampling on Monday). Lauraine notes that there’s a hero product every year that outshines its peers, but from what I experienced on Monday it’s going to be tough to narrow it down. So I couldn’t possibly comment or even hedge any bets on what will win the Supreme Award this year. But I can confirm that we have a delicious future ahead.