A freezer full of leftovers is the equivalent to money gaining interest in the bank, says Lucy Corry.

When I open my freezer I often think of Captain Lawrence Oates, the British explorer who walked out into blizzard conditions in Antarctica and told his companions that ‘I may be some time’. It’s not that my freezer drawer is large enough to resemble the frozen tundra; but that it feels like a dangerous territory, full of frosted-over unknowns.

Actually, that’s wrong. The problem with my freezer is that it mostly contains known unknowns, in the form of ghosts of meals past or things I’m saving for a rainy day. Sometimes these things are useful and welcome. Having a freezer that contains defrostable dinners – like a lamb tagine, say, or a spicy bean chilli – is as good as, if not better, than having one that’s full of ice cream.

Being able to freeze leftovers for the proverbial rainy day is like money in the bank (except this winter, when there have been nearly as many wet and dismal days as we’ve had hot dinners). Many times I tentatively open the freezer drawer in the late afternoon, hoping against hope that I’ve forgotten something that can be thawed in a sinkful of cold water and transformed into dinner. 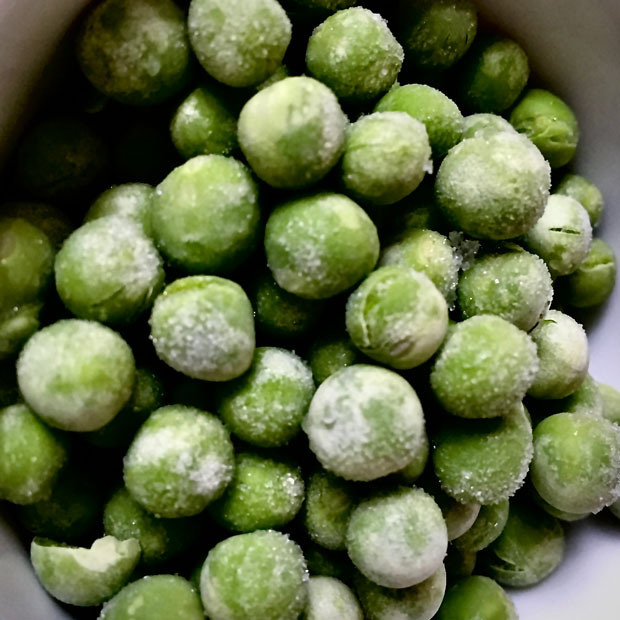 More frequently though, I’m fossicking through ice packs and freezer bags of foodstuffs that seem to be frozen at random. Try as I might to uphold a ‘finish the old bag of frozen ingredient ‘x’ before we buy or open a new bag of it’ rule, various bits and pieces seem to slip through. Quite literally, if we’re talking about rogue frozen peas, which must be rolling obstinately around every fridge in the land.

As I write this it occurs to me that a more organised version of myself could start decanting frozen peas into a plastic container for freezer storage rather than opting for the bag with a hole torn in it. But let’s not get ahead of ourselves.

First I have to round up all the freezer bags containing a single slice of (homemade) bread. And corral the frozen chillies into one, easily accessible, place. And fill the ice cube trays. Perhaps then I’d be ready to make stock from the frozen vegetable trimmings collected for that purpose in the autumn.

Before I do that though, I might just toast the lone piece of banana bread (made to Sarah Tuck’s excellent recipe) I found underneath them. While I eat, I’ll ponder what led me to amass three packets of frozen lemongrass. I’ll be sure to tuck them tidily next to the chillies, ginger and kaffir lime leaves. For a small space, this freezer drawer can certainly pack a flavour punch. 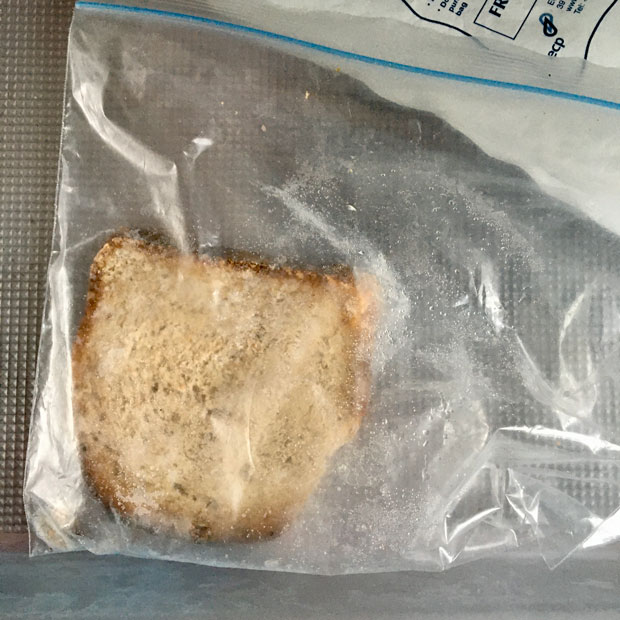 When I was a child, we had a vast freezer that occupied an already-chilly laundry. My mother once climbed in it during the school holidays when I was about 10 and instructed me to close the lid after her.

Her rationale for this act of madness was to find out if she would be able to open the lid if it happened to fall shut while she was cleaning the freezer. I now can’t recall if she could or not – though I do remember thinking, ‘what would happen if I left her?’ in the same way that it’s easy to feel mesmerised by the rushing water at Huka Falls.

While that freezer was big enough for several adults to stand in, it was highly organised to allow storage of large amounts of farm-processed meat labelled in her neat printing. In a busy household, it was probably an oasis of ordered calm.

I only remember this going awry once, when she defrosted and roasted what was labelled ‘R. Beef’ but which was in fact ‘C(orned) Beef’. Just the memory of that dinner is enough to make me feel thirsty. If only I’d made the ice earlier…