This week, my beloved daughter turns 12. I have all the feels about this — mostly that I can’t believe it’s a dozen years since she arrived in our lives. Many details of that day remain piercingly clear — and not just the gory bits.

I now realise, looking back, that while a 27-hour labour in a small London flat was no picnic, at least I didn’t have to produce an elaborate cake at the end of it. In fact, there have been many moments since where I have felt that giving birth would be less painful, less messy and potentially less exhausting than making a birthday cake. But perhaps that’s just the gas and air talking.

Where did this obsession with creating the perfect birthday cake come from? At first, I blamed the Australian Women’s Weekly. That august publication’s birthday cake book — first produced in 1980 — is still beloved by children of all ages (the PM made her daughter the bunny rabbit for her first birthday in 2019). 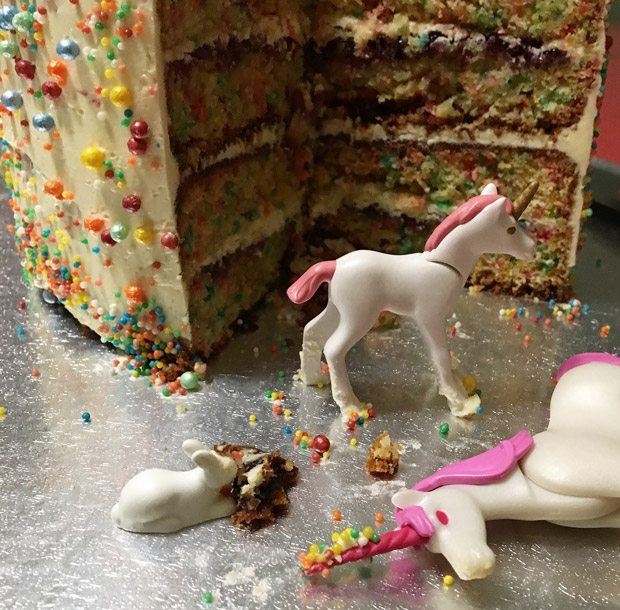 While this book has put many fanciful ideas in children’s heads (at least in my household) there are plenty of simple cakes among the dreaded tip truck or 3D duck. I think the real problem is the cult of the perfect mother that makes women feel they need to be geniuses at sugarcraft as well as everything else.

Well, from this vantage point I’m sticking two buttercream’d fingers up at that game. Everyone deserves to feel special and loved on their birthday, but there are limits. If you’re new, or new-ish to birthday cake making, here’s what I’ve learned in the last 12 years.

1. Perfection is overrated: In 2013 we were deep in the grip of a princess obsession. The cake had to be a pink castle (inspired by the castle cake in the aforementioned AWW book). I felt a deep and soul-crushing responsibility to make a cake every bit as beautiful as that one, which features flags made from dismembered liquorice allsorts.

However, it turns out that covering ice cream cones with icing is not my forte. Nor, actually, is any kind of icing trickery. My castle cake looked nothing like the one in the book but for a joyous four-year-old and her little mates, it was all their dreams come true. I realised then that small children don’t know about Pinterest (this was before Instagram) and the bar was set low. Embrace it.

2. No one will know if it’s come out of a packet: In 2019, we had an early birthday party for our daughter as a kind of consolation for making her leave her friends and live on the other side of the world for eight months. We were about to move out of our house and the cupboards were bare because I’d given all our ingredients away to a friend. 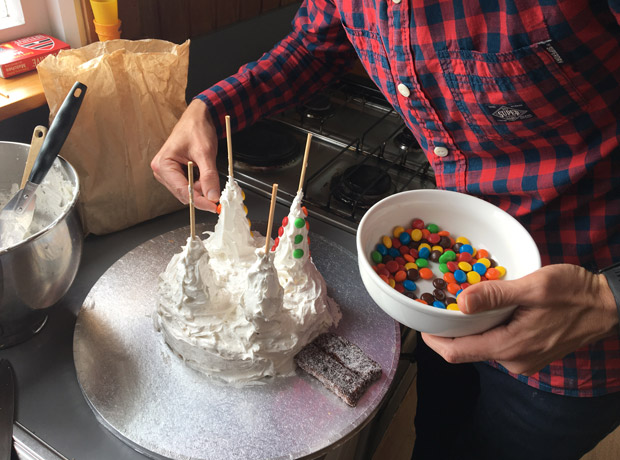 I bought two packets of Betty Crocker cake mix (full disclosure: I hid them under a lettuce in my shopping basket in case I bumped into someone I knew) and made a four-layer cake. I ditched the packet icing and made buttercream, then topped it with supermarket’s worth of sweets. Everyone loved it. Especially/even me.

3. You don’t have to make it: You’re making a birthday cake for children who will probably have already consumed a sausage roll or two, some fairy bread and a few sweets. They’re not judging your skills as a baker (and if their parents do, ban them from your parties).

I’ve always made the cake because I’m a masochist who secretly loves it, but you don’t have to. Actually, one year I outsourced the whole cake-making shebang to my husband, which was great until everyone fawned over him like he’d split the atom. It was one cake, people. One cake!

4. But if you do make it, start early: The year I made the castle cake, I didn’t start the process until late on a Friday night. I’d been at work all day, done the day care pickup, cleaned the house, collected my in-laws from the airport and cooked dinner. Making the cake was fine (I put it outside in a stiff southerly to cool it down), but icing was a challenge. 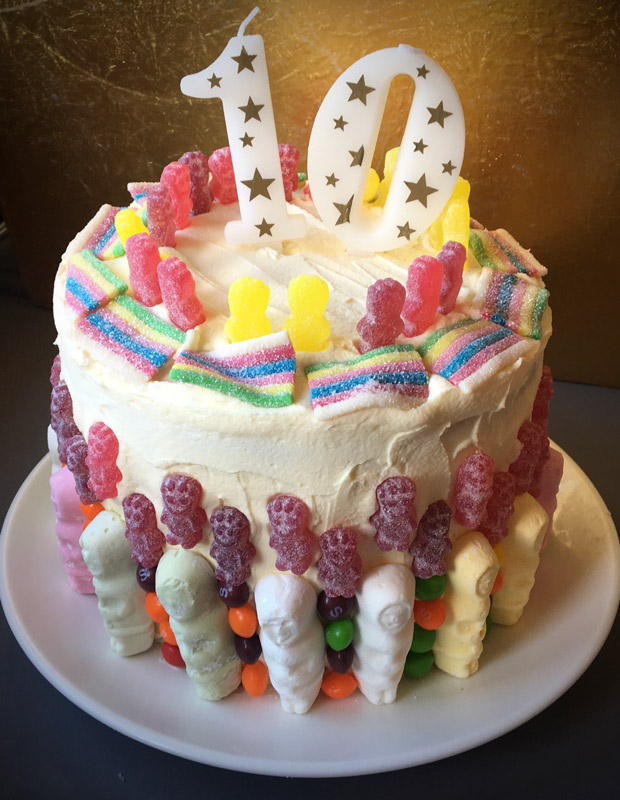 At about 11pm, I remember sugar pearls bouncing off the cake and rolling in all directions on our uneven kitchen floor. I eventually went to bed at midnight, after mainlining spoonfuls of icing to help me stay awake. At 4am the birthday girl bounced on the bed and asked cheerfully if it was the morning yet. Joie de vivre was in short supply for the rest of the day.

5. It’s not actually about the cake: This year my daughter is planning to make the cake herself. We have been having many conversations about what form it will take (currently it’s sounding like a riff on the jelly-filled swimming pool from the AWW book — though I think she’s expecting it to look more like Bondi’s Icebergs pool than a backyard inflatable number).

This part of the process (the planning, imagining and discussing) makes me intensely happy, even though I know the actual making of the cake will no doubt involve a fair amount of chaos and I’ll end up doing the dishes. Making a birthday cake is a sugar-dusted allegory for parenting. It’s a pain, but it’s also a privilege. I’m going to enjoy it while I can.

Lucy Corry’s Blog: Not a lady who lunches

Lucy Corry’s Blog: The rise of the Splayd