In search of New Zealand’s most delicious and dunkable cookie, Lucy Corry sings the praises of the humble Krispie biscuit.

At times like these, when there’s a lot to worry about in the world, I find it helpful to add something benign to the list of things to think about at 3am. To distract myself from darker subjects, I’ve been on a quest to find New Zealand’s most comforting biscuit. I limited the search to items in the readily available and commercially made category – in other words, biscuits you could find at the local dairy.

BE IN TO WIN: Be in to win a three-month supply of Krispie biscuits 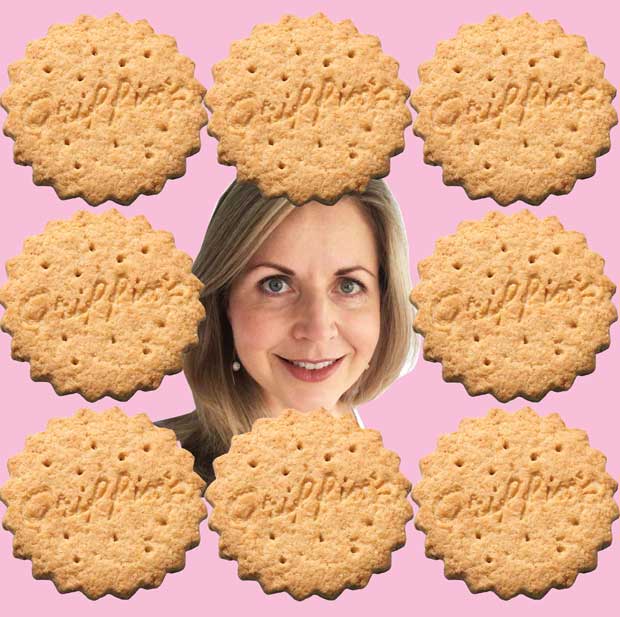 A comforting biscuit needs to meet certain criteria beyond where it comes from. It cannot be flashy, therefore any kind of chocolate biscuit (the MallowPuff or ‘chocolatum rotunda’ is out, as is the Chit Chat and the Toffee Pop). It needs to withstand dipping in a hot drink (goodbye anything layered, including the Cameo Creme or the pink wafer). It cannot be the sort of biscuit that tastes better homemade (shortbread, chocolate-chip cookie, Belgian biscuit). It cannot under any circumstances be the Gingernut.

My personal relationship with ginger biscuits was ruined when told they were good for alleviating morning sickness. I ate packets and they did nothing except make me feel sick. Even now, years later, I feel sick at the sight of them. Added to that is the worry that they might break my teeth, and there’s nothing comforting about that.

After much thought and no small amount of consumption, I’ve decided that the humble Krispie took the biscuit. I know this will be a controversial choice. The coconutty Krispie usually lags in the lower rankings of any ‘best biscuit’ contest, left in the sugary dust of more glamorous chocolate-covered contenders. I’m shocked myself. I’ve always been fond of the underdog, but I know I shouldn’t like the Krispie. Its very name looks like it was thought up by the sort of person who dots their ‘i’s with hearts. The packaging is somewhat garish and the nutritional makeup isn’t flash. However, to me it ticks all the boxes. I can’t be the only one who thinks so, either: New Zealanders nibble their way through nearly 76 million Krispies annually.

Krispies have been popping up in Kiwi pantries since the 1950s. They’re thought to have been invented by Nick Cody, an Englishman who’d worked for the quaintly-named ‘Sunshine Biscuit Factory’ in the US before retiring to New Zealand. Instead of taking up golf, Mr Cody became Griffins’ Production Director and developed American-style biscuits like MallowPuffs, Chocolate Macaroons, Snax crackers and the Krispie. It may be oft-maligned, but the sun-shaped Krispie has culinary mana: Te Papa has one of Griffins’ Krispie cutters in its history collection. Historical importance aside, the Krispie suits any event. It’s the jeans of the biscuit tin; it can be dressed up or down. Need something to go with a cup of tea? In a school lunch box? As a midnight snack? The Krispie will rise to the occasion. 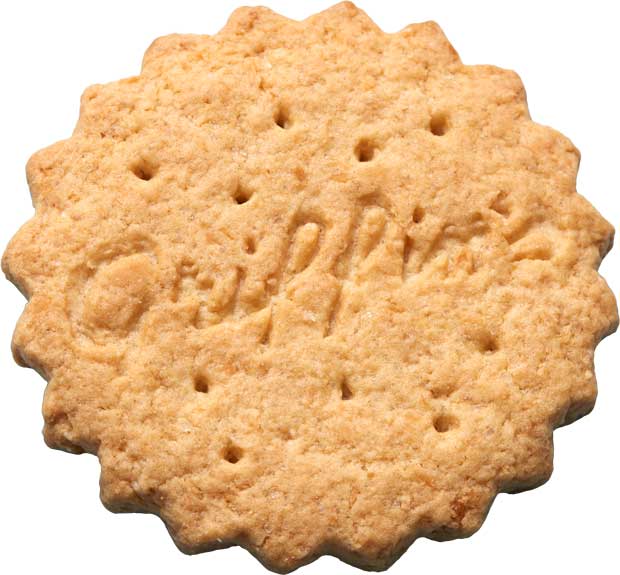 Perhaps my obsession with the Krispie dates back to my childhood, when bought biscuits were a huge treat. I longed for biscuits that came out of a rustling packet rather than the sort that emerged from a dented tin (even though I probably knew that the homemade ones actually tasted better). Memory is unreliable but I only ever recall having regular access to bought biscuits in the summer holidays. Our cousins would give us a Sampler box; two magical layers of perfectly shaped confections that were strictly kept for afternoon tea. Even then, there were rules: ‘one plain, one fancy’ – which strikes me as a very Catholic way of eating biscuits, sticky mouthfuls of pleasure and penitence. I realise now that this edict existed to prevent us from ending up with a box of biscuits that no one wanted (like that thick shortbread sun with the sugar crystals on top). The Krispie was deemed to be ‘plain’, but to me it was quite fancy indeed. It took me a long time to realise that other families ate these sorts of biscuits on the regular, with no heed to plain vs fancy. Some people are savages.

Of course if I was opening the biscuit borders, so to speak, the Krispie might not cut it. I have a great fondness for the mighty Monte Carlo or the Kingston, Australia’s greatest gifts to the biscuit world. Living in England, I never understood the English obsession with Jaffa Cakes or Jammy Dodgers, but a proper McVities’ dark chocolate digestive is a thing of great joy. Best of all though is the French Petit Ecolier, a perfect rectangle of butter biscuit topped with a slab of real chocolate. It may be a very long time before I get the chance to taste one again. In the meantime, I’m sticking to the humble Krispie. I’m eating one now, topped with a thick layer of cream cheese and a few slices of pear. It doesn’t get much more comforting than that.

Lucy Corry is an award-winning food writer and is NZ Life & Leisure’s food editor. In her fortnightly blog Best Possible Taste she writes about her cooking experiments, kitchen hacks and New Zealand food issues. She loves bread, chocolate, wine and books (not necessarily in that order). Follow her on Instagram and on her blog The Kitchen Maid

Be in to win a three-month supply of Krispie biscuits