Did you know that ‘bland is banned’ in 2021? You might think we’ve earned a little blandness after recent events, but Pinterest says this isn’t the case. The people, or at least Pinterest’s 478 million users, have spoken and apparently search data shows that they want to spice up their lives.

The hottest food search terms in 2021 are for ‘cajun chicken pasta’, ‘jalapeno pepper jam’ and ‘tomatillo enchilada sauce’. Oh, and for something called ‘hot honey’, which sounds like the sort of offer that turns up in my spam folder.

I’m a bit suspicious of self-interested data surveys, but this information is music to my ears. I write this having just eaten a bowl of mouth-numbing hot and spicy wonton noodle soup from Wellington’s infamous KC Cafe. KC is a Courtenay Place Chinese food institution that’s open all hours, every day of the week. A Google reviewer kindly describes it as having “no-frills decor”, but that only tells half the story.

KC is the sort of democratic eating house that sees chief executives and struggling artists dine shoulder to shoulder with hungover hospo workers and hungry senior citizens. It’s not the place to come if you’re a strict vegetarian (there are more than 160 options on the menu but most of them contain meat in some form or other) or triggered by sensory overload, but I love it.

Going there and eating something spicy always cheers me up, especially on a cold Wellington day when it feels like the wind is winnowing out the marrow from my bones. I feel the same about A Taste of Home’s Dan-Dan Noodles (also in Wellington) and the incredible kung pao chicken served at Hamilton’s Sichuan Style, where the heat of what seems like dozens of dried chillies is amplified by mouth-numbing Sichuan peppercorns. My favourite condiment is Lao Gan Ma chilli oil, a holy blend of peanuts, oil and chillies that goes with everything (even peanut butter on toast).

In France, where chillies are largely absent, I made do with eye-wateringly hot Dijon mustard in liberal amounts. Maybe this fondness for heat is genetic.

When I was growing up, my father’s signature dish (apart from expertly-cooked steak), was something known as ‘African Chicken’. I think he’d eaten something similar in Hong Kong in the early 1970s and he was obsessed with recreating it. From memory, it involved chicken pieces and a fiery tomato-based sauce, plus a fair amount of shouting at the grill. 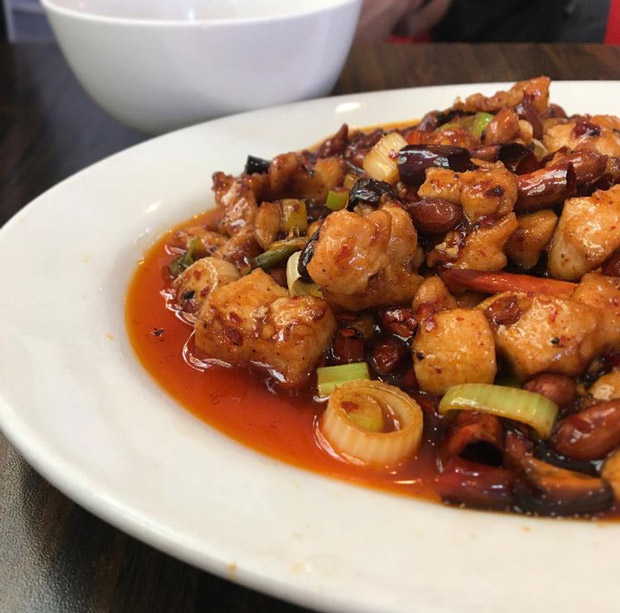 In hindsight, I realise it was probably some kind of peri-peri style chicken dish of vaguely Portuguese origin. I can’t remember what it tasted like or indeed if I even ever ate any, but I have fire-branded recollections of Dad creating absolute chaos in the kitchen and much after-match discussion of whether the results had been spicy enough.

Now, we live in a culture where every kind of hot sauce known to humankind is available in our supermarkets, but back then, owning a bottle of Tabasco sauce seemed almost risque. No one else I knew had a dad who cooked, let alone one who cooked quite literally with fire.

So I completely get why the people of Pinterest are looking for some hot stuff. Given the state of the world, we all need a bit of a party in our mouths, don’t we? Perhaps another reason is that eating spicy food can trick us into feeling better. 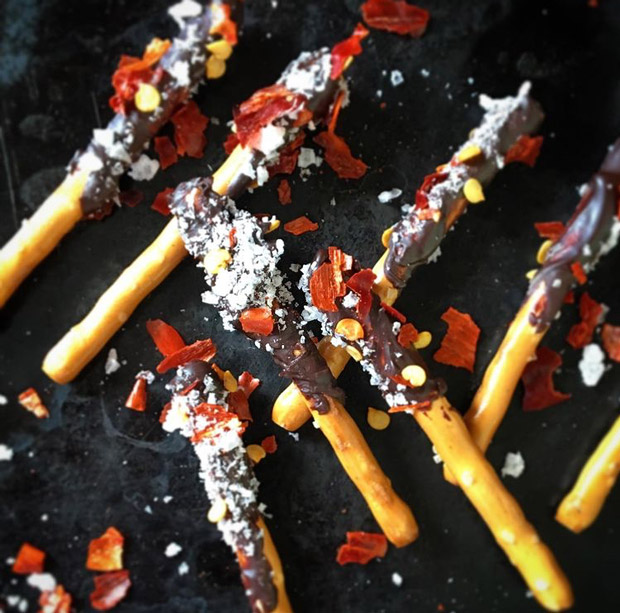 ‘Feeling the burn’ from eating chillies is the result of capsaicinoid compounds reacting with a specific protein on the surface of nerve cells (on the tongue or other parts of the body).

When triggered by these compounds, this protein tells your brain that the body is being burned, so it releases neurotransmitters like endorphins and dopamine to help relieve the pain.

In some people, this is enough to perk them up in the same way as an exercise high. Clever, right? So if you’re struggling to pull on your running shoes on these cold dark mornings, you might want to consider adding a pinch of chilli flakes to your morning hot chocolate or drizzling some hot honey (that’s honey infused with chilli and other spices) on your toast. Just don’t rub your eyes afterwards!

Lucy Corry’s Blog: Not a lady who lunches