Got any plans this Sunday? Of course you do. You’re going to church and then you’re coming home to start your Christmas baking preparations. At least, that’s what you would have been doing if you were a good, god-fearing member of the Church of England in times’ past.

The last Sunday before the season of Advent (the four weeks before Christmas – keep up in the back row) is known as Stir-Up Sunday thanks to a line in the Book of Common Prayer that reads, ‘Stir up, we beseech thee, O Lord, the wills of thy faithful people’. Maybe this is where invoking the Almighty’s aid in resolving dinner-time disasters all started, because the timing of Stir Up Sunday meant it became closely associated with ‘stirring up’ the Christmas pudding or cake.

In the days before Netflix and going to the mall, this was a wholesome weekend task for the whole family to participate in after they’d been to church and tugged their forelocks at the local lord. I love the idea of Stir-Up Sunday because I’m a sucker for tradition, but the only part of it that we strictly obey in my family is that everyone must make a wish while stirring. Luckily, you can do that at any point in the year, not just on the last Sunday before Advent. 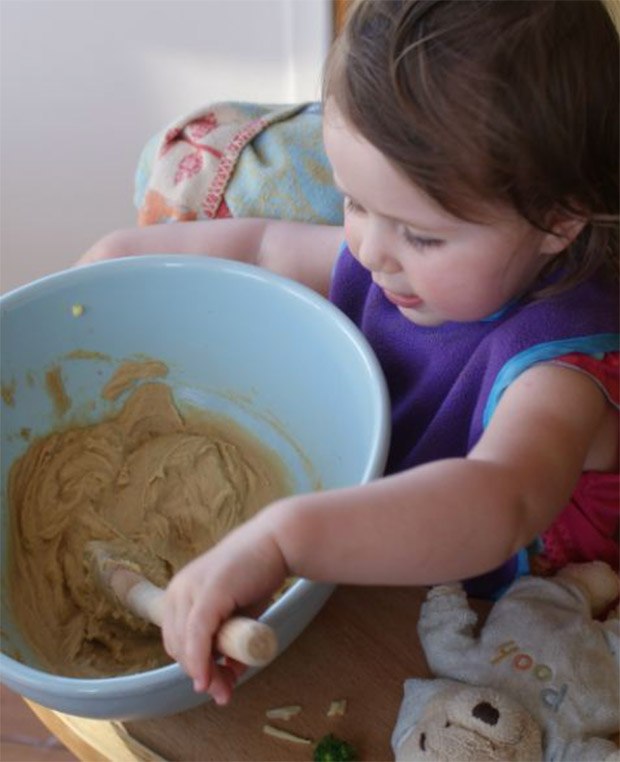 That’s good news to me, because I last made a Christmas pudding in the middle of a heatwave in London in August 2008 (and fell pregnant shortly afterwards – proving that you should always be careful what you wish for). It’s probably the last time I was ever that organised.

Every year since I’ve thought about making my Christmas cake on Stir Up Sunday but I never get around to it. Perhaps I’m addicted to the pressure of a last-minute deadline, of feeling the sugar rush of adrenalin as I file the story or pull the cake out of the oven just in time. Or maybe I’m just disorganised.

Anyway, the cake I make most often is a slightly tweaked version of a Peta Mathias recipe published in the New Zealand Herald about 20 years ago. In the original clipping it was called ‘Peta’s Auntie Edna’s Christmas Cake’, but the name doesn’t do it justice by any means. This is no ordinary cake: it’s loaded with brandy and orange juice-soaked figs, and nearly a kilo of chopped dark chocolate. For me, it’s also heavily laced with nostalgia. My mother made it many times and I can’t make it without thinking of her. She and I made one together for my wedding cake (she made me chop all the chocolate). I remember we got the giggles about something and nearly lost track of what stage of the recipe we were up to.

When I lived in London and felt grown up enough to make it myself, she faxed the recipe (complete with handwritten annotations) to my office. When I lost the precious print-out, my dear colleague Denise stepped into the breach and sent me the recipe as I’d once sent it to her. Hers came with her annotations and changes. It still gives me huge joy to come across Denise’s email, with all its references to a different time and place. “Your mother was right to adjust the cooking time,” Denise writes, in between detailing a trip to Italy and sharing some work gossip. “You definitely have to keep an eye on it!” 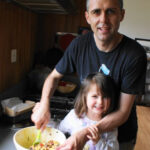 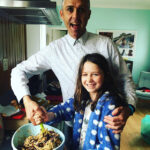 I’ve made it for a friend’s wedding, for an anniversary, a notable birthday and many Christmases. Now I’m the one sending out the recipe to my nieces, who send me photos of bottles of brandy and piles of figs and chocolate in return. I’m sorry Peta, but to them it’s Grandma’s Christmas Cake. Auntie Edna doesn’t get a look in.

Last year, for the first time in a long while, I didn’t make a cake at all. I was busy, I wasn’t focused, I didn’t have it in me to chop all the chocolate and the supermarket budget paled at the price of figs. We survived, just, but there were many moments in January when I felt its absence dearly.

Perhaps the best thing about Christmas cake is that it gives you something to look forward to, something to savour in the moment and something to look back on. In an uncertain world, that’s reason enough to get the cake tins out. So this year I’m definitely going to make one. Just not yet.

Lucy Corry’s Blog: Kitchens I have known (and loved)