Worried about running out of bread? Step away from the supermarket and make your own, suggests Lucy Corry.

I love bread. Truly, I do. Brown, white, seeded, studded with fruit or oozing with cheese, I love it all. When people ask me what I miss from six months of living in France, bread is the first thing that springs to mind. As much as I love bread I cannot fathom – or condone – the recent scenes in supermarkets, where plastic-bagged loaves have been snatched up faster than the beleaguered staff can replace them.

I know this panic-buying is not about bread per se, but it’s still appalling behaviour. If you’re worried about bread supplies in the coming months, the very best thing you can start right now is making your own. You might think that’s right up there with ‘let them eat cake’ for tone-deaf food proclamations, but if I can make my own bread, you can too. 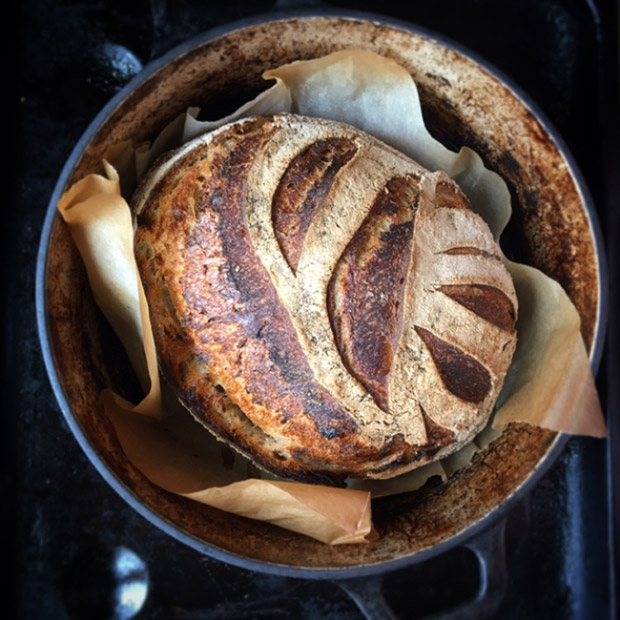 My foray into serious breadmaking began about 10 years ago, motivated by cost (we were a three-person family on one income) and taste.

I couldn’t afford to buy the ‘real’ bread I loved, and felt depressed by supermarket offerings that tasted of nothing and never seemed to go stale. So, while juggling a bit of part-time work and a small baby, I started to make it myself. Before long, a fine fairy dust of flour (like the powder they used to sprinkle on ballroom floors) settled over everything. 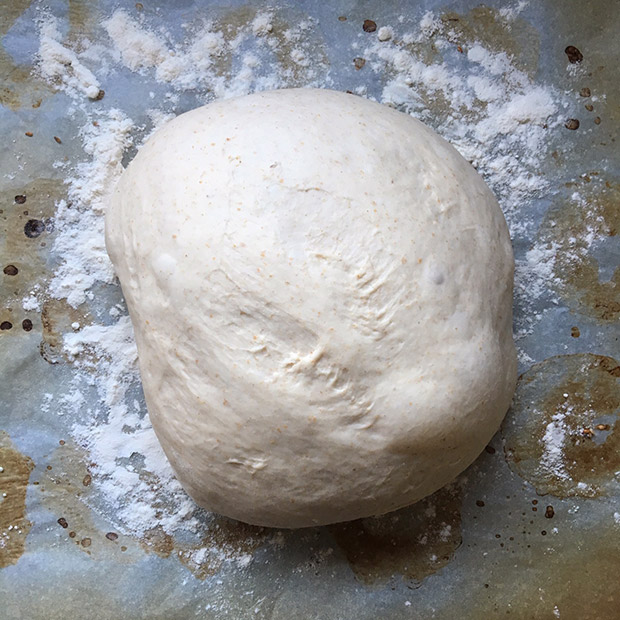 I made hundreds and hundreds of loaves from Stephanie Alexander’s basic bread recipe, doubling it so there’d be one for the freezer as well as one in the cupboard. Then I branched out in all sorts of directions – from buttery brioche to DIY Vogels and everything in between.

In recent years I’ve concentrated mostly on sourdough (though for a treat I make my family Dan Lepard’s high-rise sour cream loaf, which you can successfully make with ordinary cream or full-fat yoghurt). Sundays are for bagels or my friend Marija’s dinner rolls, which can be sliced and frozen for school lunches. Stale ends get turned into crumbs, giant croutons, French toast or crostini, so there’s zero waste.

I’m a huge fan of Nicola Galloway’s bread recipes (full disclosure: my current sourdough starter came from Nicola) and her sensible, real-life advice. Sourdough has unfairly gained a reputation for being difficult to make, but I don’t think it’s that hard. If I can make decent loaves despite being a) quite forgetful and b) blessed with an oven that currently needs to be tied shut with an elastic band, you can too.

This is not to say, however, that I haven’t had my fair share of bread disasters. Remember the scene in About A Boy, where the worthy homemade loaf is so heavy that it takes out a duck? I’ve been there. I’ve under-proved and over-baked, I’ve left out the salt and killed the yeast.

Worst of all, I once stomped off to work in a bad mood and neglected to tell my husband there was a loaf he needed to take out of the oven. I remembered it six hours later and flew home in a cold sweat to discover a carbonised lump threatening to ignite and burn down the house. Apart from that one, most of my dud loaves have been edible in some form. Usually. Butter helps. 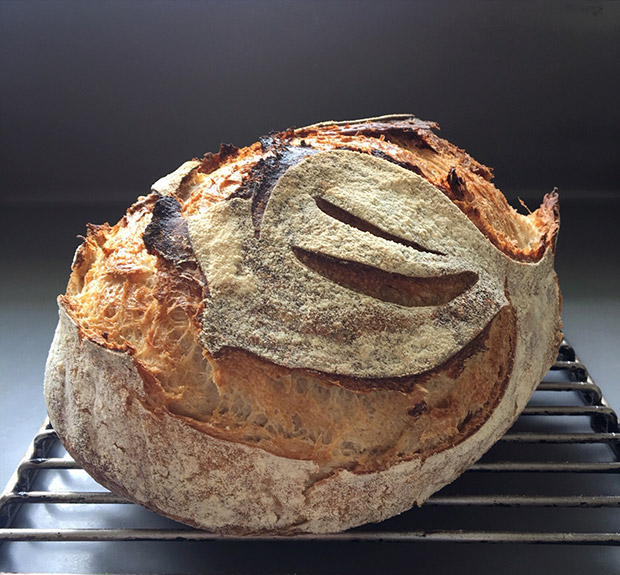 So, making your own bread is not without its trials. But it’s cheaper (I can make an 800g sourdough loaf for about $3 or less, if using non-organic flour) and they’re generally better than what I could buy for the same price. Breadmaking requires – and teaches – patience and perseverance, but the returns on investment are huge.

Not least among them is the fact that if you make your own bread people think you’re some kind of genius. Make a loaf for someone you know and they’ll love you forever.