Lynda Hallinan’s Blog: All creatures great and small (and sinister)


Lynda Hallinan gets a right-to-life lecture about pest control.

My youngest son turns nine this week. Like a loaf of sourdough, a barrel of whiskey or an unwashed pair of Levi’s jeans, my little man is maturing rather nicely: rising, mellowing, infusing with personality and wearing well, though occasionally getting a bit whiffy.

Lachlan is, if you don’t mind me saying, a cute-as-a-button kid. He looks like a storybook character: a blue-eyed whippersnapper with a shock of white hair and a crop of freckles across his nose and a wicked sense of humour.

He likes swimming in the surf, sleeping with his Mum, playing Minecraft with his big brother and jumping on the trampoline with his Dad. He’d happily survive on a diet of nothing but wood-fired pizza, spaghetti bolognese and Goody Goody Gum Drops ice cream. (When I told him that Italians get to eat pizza, pasta and gelato every single day, he made me promise to take him there as soon as the borders reopen. As far as fantasy holidays go, I’m all on board for a family trek along the Cinque Terre.)

But for a gung-ho kid who spends his spare time shooting things up on his Xbox, Lachie is still my baby boy at heart. He’s scared of the dark and worries about tsunami warnings, car crashes, volcanoes and climate change. He also thinks humans have no right to kill other living things just because we’re a tad further up the food chain. 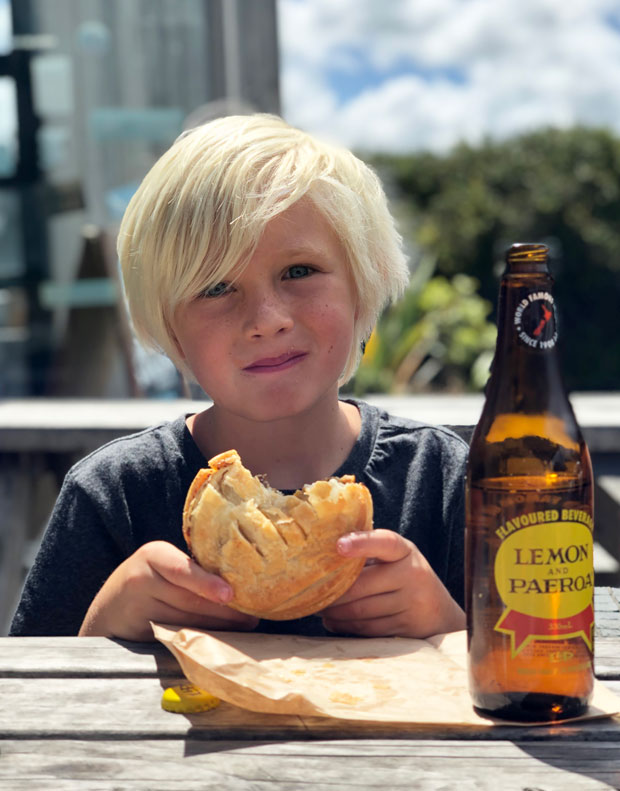 Consequently, for a long time I’ve been feeding him lies with his dinner, fudging the exact origin of the protein on his plate. We have pet cows and pet sheep on our farm, so we don’t eat beef or lamb. No, we eat meat, steak or chops. And though Lachie’s yet to join the dots between our free-range hens and the chicken nuggets he orders at McDonalds, he’s having some issues with fish this summer. Lachie lets them go as fast as my husband reels them in.

“What right do we have to kill them, huh? Huh? HUH?” he lectures us. “Human beings think we’re soooo special, but we’re no different to all the other living things with feelings.”

He has a fair point. I’ve never liked killing things either. I don’t use any pesticides in my garden and I turn a blind eye to all the cobwebs in our ceiling corners. (For this reason, I also prefer my steaks to be anonymous rather than homegrown; the thought of eating anything I’ve looked in the eye, scratched behind the ears or lay down in the long grass for a contemplative cuddle with turns my stomach.)

I prefer to live and let live, even when my patience is sorely tested in summer as rabbits munch the tops off my sunflower seedlings and birds descend like their Alfred Hitchcock namesakes to terrorise my orchard. When cats catch wee field mice, I’ll intervene in the natural order of things to let them go, but I draw the line at Rattus rattus, their rather less cute rodent compatriots. 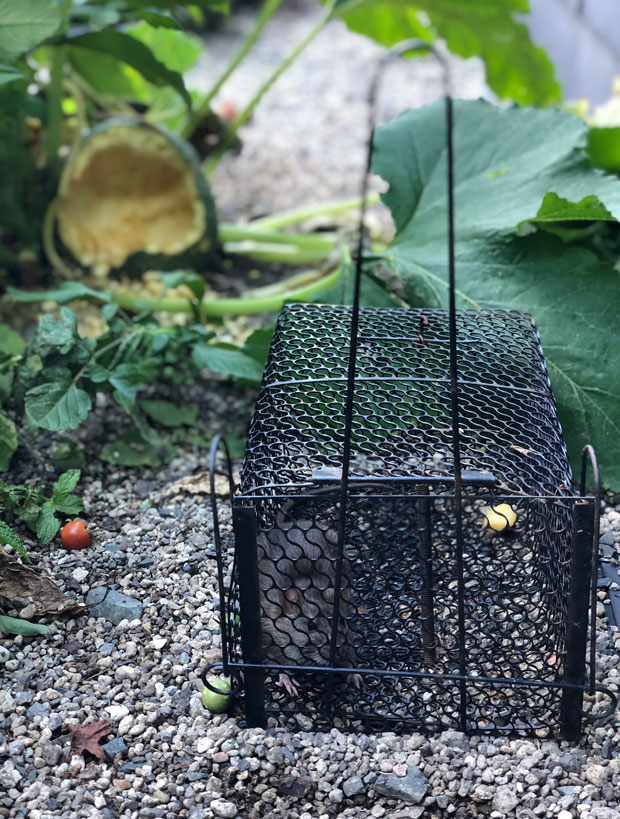 Last month, I wrote about the very fat rat I caught plundering my pumpkin patch. This month, my corn, courgettes and cucumbers are under attack. Every morning, there are more missing cobs, hollowed marrows and neatly spaced nibble marks the length of my ‘Iznik’ snacking cucumbers. So it’s war.

I’ve assembled an enviable arsenal of weaponry – husband, gun, silencer, thermal imaging scope – plus several options for trapping. In our chook run we’ve already installed a Goodnature A24, which attracts rats with a non-toxic chocolate lure then fires a piston at their skull when they go in for a sniff.

We also own a powerful DOC 200 Haines tunnel trap (aka a splat trap) that I bait with a bacon and egg brunch (for stoats and weasels) or a last supper of peanut slab for rats.

One morning, I found a giant hollowed ‘Ronde De Nice’ zucchini on the garden path. It wasn’t hard to find the culprit. We caught him the very next night, returning to the scene of the crime. Unfortunately, we caught him alive in an inexpensive wire cage trap baited with cheese dusted in cinnamon.

In my best Orwellian tone, I calmly tried to explain how all animals are equal but some are more equal than others. I told him how, here in the foothills of the Hunua Ranges, we all have to play our part in protecting the indigenous babies of the bush: the Hochstetter’s frogs, kōkako, kereru, tui, long tailed bats, North Island robins, tomtits, tui and rare native orchids.

I told him how, over the past 12 months, local landowners just like us have pitched in to help the Friends of Te Wairoa catch and dispatch around 500 pests, including 25 cunning mustelids, 232 pesky possums and 185 ravenous rats.