A country childhood has a lot to answer for. Not just a childhood in the country, but a soundtrack of country: of blue jeans and rednecks, honky tonks and hillbillies, cowboys and cheating hearts, gee-tars, gamblers and gunfights.

When I was a kid, the only musical genre my parents listened to was country. On our family road trips, Dolly, Johnny, Kenny, Willie, Pasty, Tammy, Marty and Charley came along for the ride, courtesy of a stack of dubbed cassette tapes played on high rotate. Aside from the National Anthem, country songs were all I knew – and I knew them all, because country music burrows under your skin like borer in native heartwood. Those old-time country crooners with their slow strumming and mournful humming invented earworms; Baby Shark has nothing on Billy Ray’s Achy Breaky Heart. 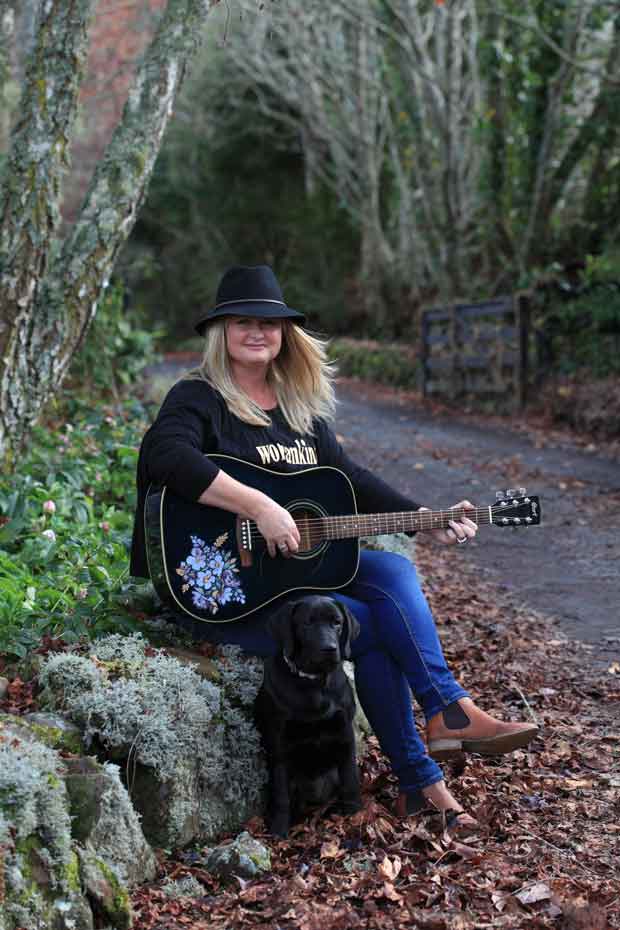 As a teenager, I did try to expand my auditory horizons. There was a brief affair with British boy band Bros, a fleeting pop flirtation with Wham!, a moody crush on Michael Stipe from REM and the obligatory angsty obsession with Nirvana.

In my 20s, I even tried to go grunge for a bit. In the space of an afternoon, I broke up with my boyfriend of 10 years, got a daisy tattoo and bought a black steel-stringed guitar that calloused my fingers so badly I couldn’t type without wincing (slightly problematic for a journalist).

A quarter of a century later, I still own that guitar – and I still can’t play the damn thing. But never say never, right? After the Covid-19 lockdown, I dusted it off and got it restrung at the local music shop so I could take up guitar lessons with my eldest son Lucas.

(My husband Jason thinks I’m fooling myself but I’ve told him that looking the part is at least as important as sounding the part. I have a black cowboy hat, a black guitar and a black dawg: now all I need is a hay bale, a bonfire and a bottle of moonshine for a bona-fide hoe-down.)

Before Lucas was born, I published a wish-list of life goals for him in a Sunday Star-Times column. “I hope you have a rough-and-tumble, Persil-commercial, country childhood like mine,” I wrote. “If I could give you any gift, it would be imagination. That and the ability to strum like Carlos Santana.”

Or, ahem, John Denver? With a mum-and-son duet setlist that so far includes Country Roads, Wagon Wheel and Turpentine, I fear I’m inflicting a serious lack of street cred on my nine-year-old son. 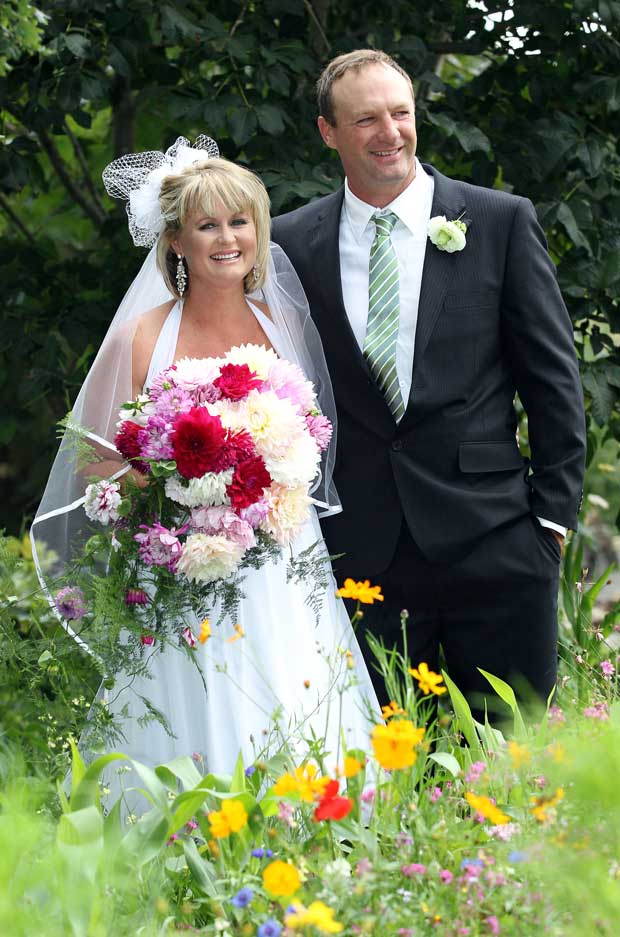 Lynda and her husband Jason on their wedding day.

Truth be told, Lucas never stood a chance, as he was indoctrinated in the womb. I was in my second trimester – and what could be more country than a shotgun wedding? – when I waddled up our lawn, accompanied by Dolly Parton, to marry his dad.

While my friends waltzed up the aisle to songs that were effortlessly hip (Into my Arms by Nick Cave and the Bad Seeds), classical (La Vita è Bella), soulful (Christina Perri’s A Thousand Years), lovey-dovey (Ed Sheeran’s Thinking Out Loud), cultural (Pōkarekare Ana) or timeless (Wild Horses by the Rolling Stones), I chose Love is Like a Butterfly as my bridal chorus.

It wasn’t my smartest move. For starters, Love is Like a Butterfly is one of Dolly Parton’s shortest songs, at just a smidgen over two minutes long, so I had to fair hoof it in my fancy-pants Diane von Furstenberg high heels to arrive at the altar before Dolly put her mic down.

Butterflies, according to Dolly, are “a rare and gentle thing”, which really doesn’t make them an ideal metaphor for a long, loving marriage. I suppose the common white cabbage butterfly has plenty of cunning, and apple codling moths are certainly persistent, but even the much-loved monarch butterfly is lucky to survive for more than a couple of months. They don’t even stick around to watch their babies grow up (or worse, starve to death on a denuded swan plant or be parasitised by wasps). 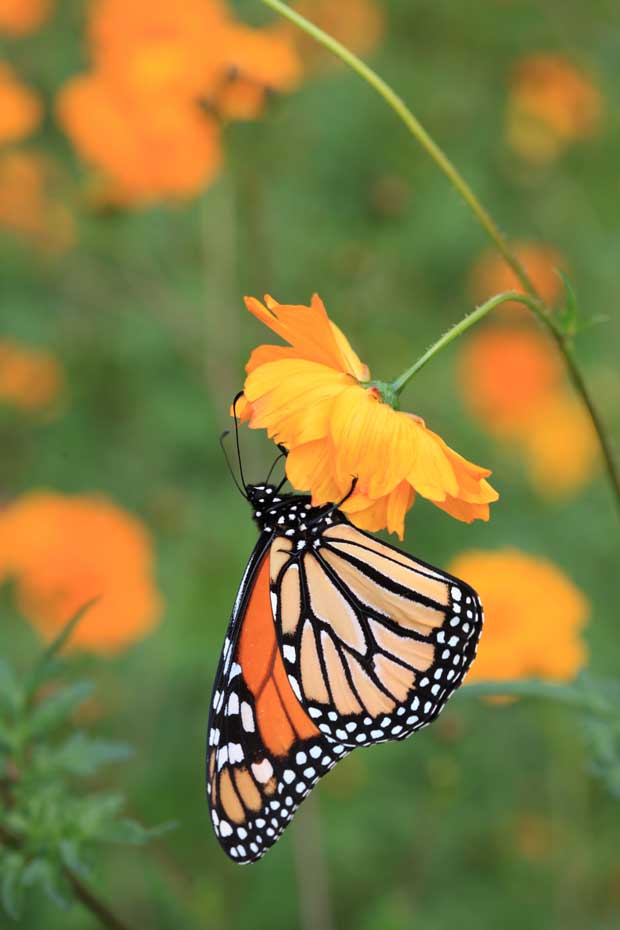 Dolly Parton’s folksy Wildflowers would have been a more appropriate wedding jingle, and not just because my husband and I shared our vows amid a mini meadow of cosmos, coreopsis, cornflowers and catchfly, but because wildflowers are both jubilant and resilient: “When a flower grows wild it can always survive, wildflowers don’t care where they grow.” 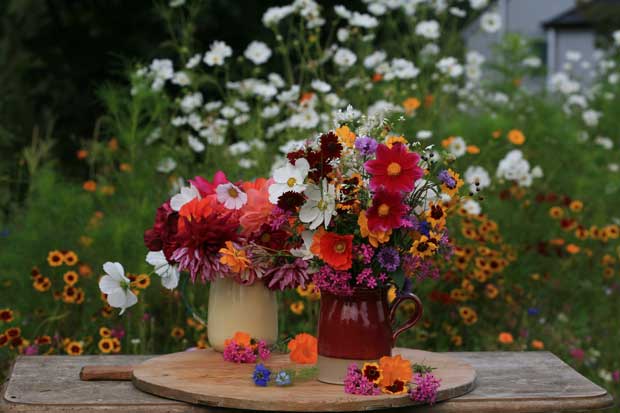 When you live Down on the Farm (thanks, Tim McGraw), there’s a country song to suit almost any rural occasion. When our cows get out, or the neighbour’s cows get in, I Walk The (fence) Line. When I catch our new labrador puppy in the hen house (again), I give that Dirty Old Egg-Suckin’ Dog a right bollocking (I kid you not, this is one of Johnny Cash’s lesser-known classics). And just last week, when Lucas’ pet lamb Maisy dropped dead in her paddock, my blue eyes were indeed crying in the rain.

As a middle-aged mum, I’m not even slightly embarrassed to admit that my Spotify playlist is a little bit country and a little bit rock ‘n’ roll (confession: I’m fibbing about the rock ‘n’ roll). That’s because country roads – and country songs – will always take me home to the place I belong.