How to make an income from cut flowers 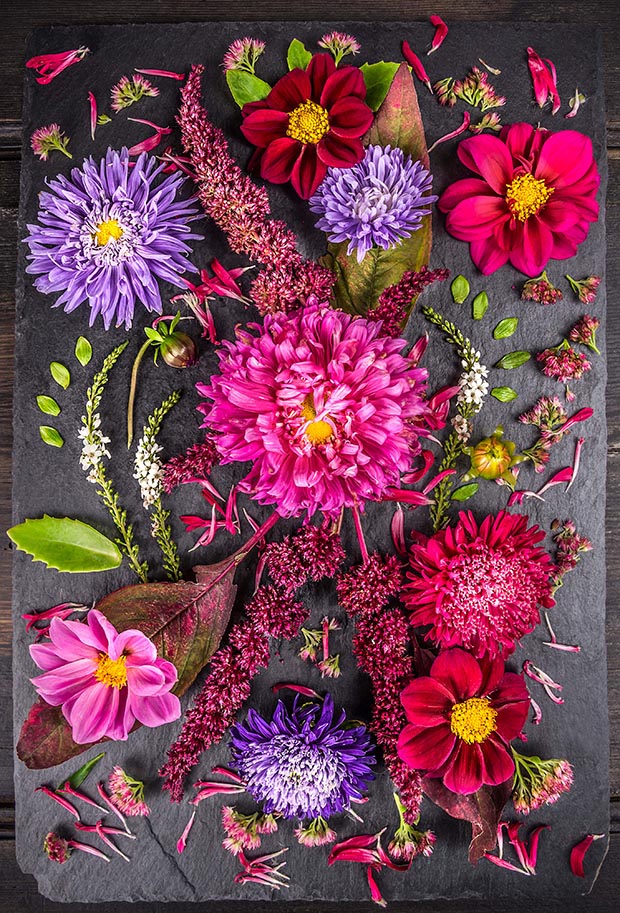 If you love to grow flowers and foliage, there may be some profit waiting for you.

Cut flowers don’t mind where they grow. Without much modification, a lifestyle block can be the ideal environment for growing flowers for profit, from annuals, perennials and shrubs, to ornamental grasses, colourful or budding branches, and seed heads.

They all provide opportunity for the block owner, but it’s choosing the right crop that can make all the difference between low and high profitability.

“The kind of trouble you run into with flowers is that they have to be picked at the right time as they open, and then they have to be sold reasonably quickly; they are one of the more perishable products to deal with, even more so than say fruit and vegetables.”

Growing flowers is also often laborious and time intensive work, says Peter Niepel of Cottage Crafts, who started his career in a flower and pot plant nursery back in Germany.

“A lot of work goes into cut flowers,” says Peter. “You cut them, bundle them, maybe put a tape around the bundles or even wrap them in cellophane. I don’t know how many hours I spent as an apprentice to remove the sticky tape which held the bunches together and remove the cellophane because the flowers went onto the compost heap.”

That happens because you will never sell 100 per cent of your flowers.

“If you don’t sell them on the day they are in prime condition all you have left is compost,” says Peter. “We often stored cut flowers in the chiller and they were sold the next day as second quality, or we used them in arrangements for funerals or weddings etc. (Whereas) if you don’t sell potted plants you just bring them back home, water them and take them to the market again next week.” 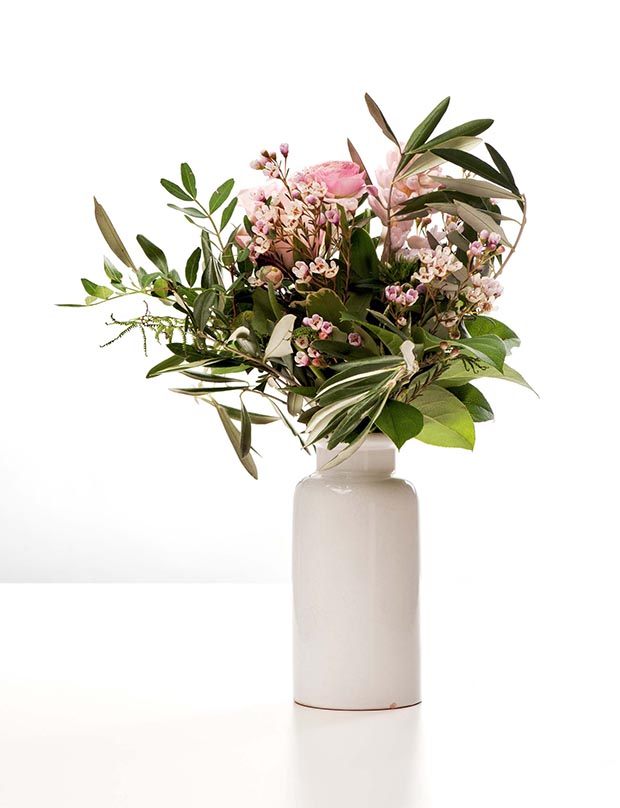 THE TRICK TO GROWING CUT FLOWERS ON A SMALL-SCALE
Find a niche says Chris Smellie. Specialty cut flowers can be some of the most profitable field crops you can grow because they are seasonal, unlike roses, lilies and gerberas, which are produced year-round.

“For those types of plants (roses, gerbera) the facilities are set up with heated greenhouses and so on and they are computer controlled,” says Chris. “It’s very competitive. But for a niche market you could plant a crop and you could just harvest it during the season in which it’s flowering. You wouldn’t find so much direct competition there.”

Niche flowers might include those that don’t ship well like dahlias, sweet peas and ageratum, or that have shorter post-harvest vase lives where the grower and florist can take advantage of the longer vase life of locally-produced flowers. Crops harvested in the cooler ‘shoulder’ seasons of autumn and spring may be in higher demand, including woody shrubs with very early spring stems and flowers, ornamental autumn or winter stems, or late-season berries.

Helen Johnson of Tree & Shrub Propagation has been in horticulture, including cut flower production.

“I would suggest that you go to the florists and have a look at the types of flowers that they are using, even have a chat to them, which will give you an idea what flowers are popular, even if you are selling them at the market,” says Helen. “Some of the quicker crops like ranunculus, anemones and sweet peas are always popular, especially as they are winter-spring type flowers.”

“The nursery made big money with some niche flowers,” says Peter. “For example, we were the only ones having sweet peas as cut flowers – we couldn’t grow enough of the stuff.” GROW FOR YOUR AREA
Take into consideration your location and climate (frost, heat, humidity) and grow accordingly.

“Unfortunately farming is not as simple as following a set of guidelines,” says Zoe Field of Field of Roses, a small flower farm in the Waingake Valley on the outskirts of Gisborne.

“What I quickly learnt was that our growing conditions were very different from the farmers I was taking notes from. What worked really well for them had us running around battling disease and pests.

“It was a big learning curve for me, and one I wouldn’t change because you really don’t know till you try. In all the failures I learnt a lot about our farm. I really learnt the nature of our soil, our climate and how to better battle pest and disease on our little patch of dirt.”

WHERE TO SELL YOUR FLOWERS

Don’t wait until your flowers are ready for harvesting before determining their fate. Talk to the flower retailers before you start planting as to what they might like in terms of flowers says Chris Smellie.

The obvious option when starting out is to sell at markets, but wholesalers, florists or other retail outlets are viable options as well. Roadside stands or cut-it-yourself operations also provide opportunities, as do bouquet subscriptions. Craft shows may be another option for dried material.

You also need to consider the reason why people buy flowers and then target a particular market.

“It’s not like selling fruit and vegetables, which people want every week, year-round,” says Chris. “With flowers, particularly in New Zealand, it’s very much more an occasion thing. There are a percentage of New Zealanders who buy flowers to have in the house year-round, but that’s not a high percentage. It’s an occasion thing, it’s birthdays, anniversaries, births and deaths and, of course, weddings are probably the biggest event at which people will spend money on flowers. Decide whether you are looking to supply the wedding market or just generally having flowers available for other occasions.”

Helen agrees that a clear market plan should be established ahead of time.

“There is a standard rule for all facets of horticulture: do your research. We can all grow plants in one form or another, but does the system want them or want to purchase them? One thing we learnt when we were flower growing was we could grow what we thought would sell, but it was a different story when we wanted to sell them.”

Helen Johnson also suggests avoiding putting all your eggs in one basket.

“When I set up in propagating, everybody wanted to know what I would specialise in. I did not specialise in anything and worked on the theory I can grow 1000 plants of one variety. If nobody wanted to buy them I am left with them. But if I grow 100 of 10 varieties, surely I will sell some, which is exactly what has happened over the past 20 years. We now grow over 100,000 plants of many varieties and that allows us to change with the trends. For example, bees are big business at present, so we are going with a number of varieties for bees.”

The savvy cut flower grower will also need to be aware of changes in consumer style and colour preferences. 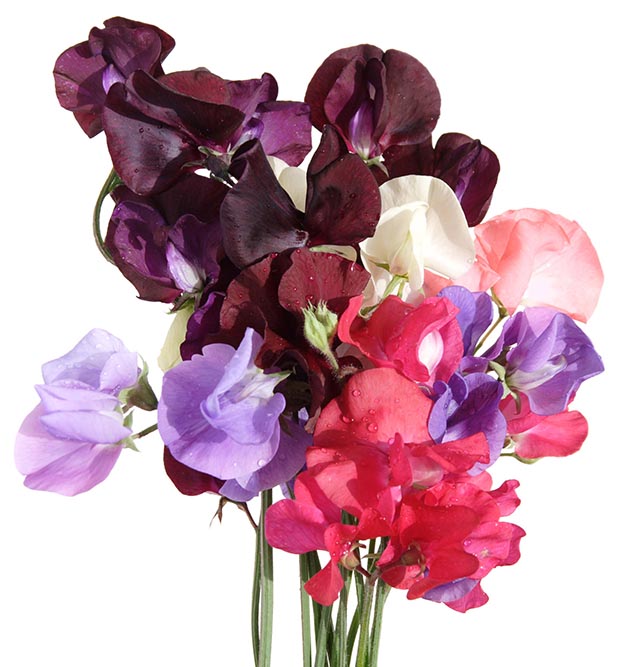 THE BASIC SET-UP
New growers can control start-up costs by beginning slowly and increasing stock, equipment and production as their business grows, but there are a few basic things you need to start with:
• at least 2000m² (0.2ha or half an acre) of open, arable land
• a small cultivator
• irrigation equipment
• a garage or other space for sorting the flowers
• plant supports
• buckets
• chiller space
• time and effort

“If you’ve got a lifestyle block you’ve usually got two or three acres so you’ve actually got scope to do quite a bit,” says Chris. “You probably then need a small tractor and a small cultivator. You can get small ride-on tractors and cultivators or you can get walk-behind cultivators.”

A small spraying set-up of some sort will deal to pests, diseases, and weeds.

Most tall or top-heavy plants will need some sort of support. Several mesh products are available that can be used as a grid for the flowers to grow through, providing stem support, and come in different lengths and mesh widths, in plastic or wire.

Your garage or shed should be big enough to allow room to sort your flowers once you have picked them.

You also need to have easy access to a point of sale, says Chris.

“That could be that you could easily deliver the flowers to the central flower auctions or that you would have a good farmers’ market or something nearby.”

“In some cases you have to have resource consent,” says Helen. “You have to apply to the council for water for irrigation, whether you are in town or in the urban areas. You may need a hazardous substances or spray license which costs several hundred dollars. And if you are putting your product through the markets/auctions, there are levies which come off the auction price.”

1 EASY WAY TO MAKE SOME POCKET MONEY
If you’re looking at small-scale growing, one good idea to consider is tree or shrub foliage.

“Foliage production is a very valid option for most people on lifestyle blocks,” says Chris Smellie, “largely because the timing is not so critical in terms of picking them, and maybe they will last longer.”

Talk to local florists to see if there is a type of foliage they need. 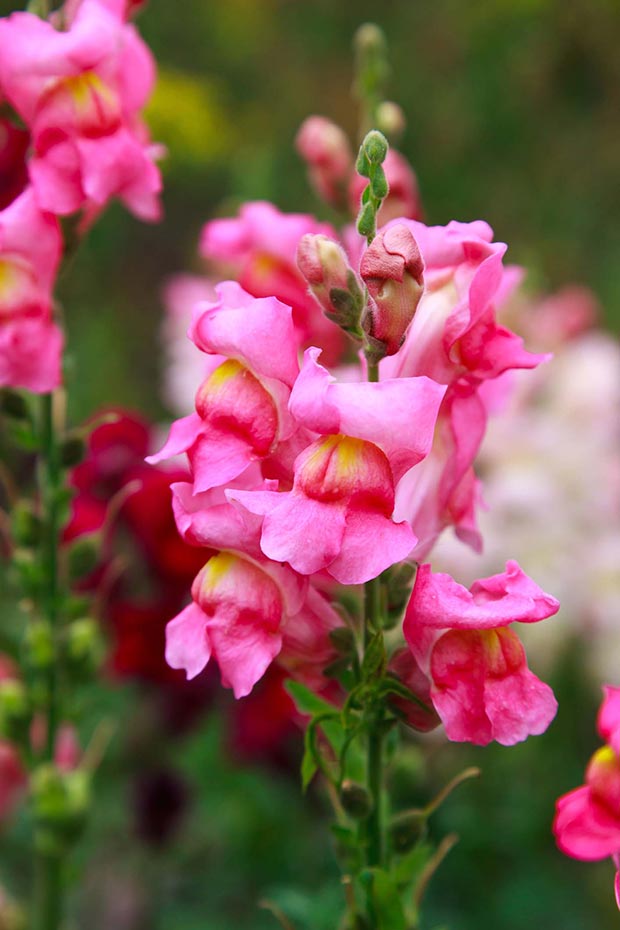 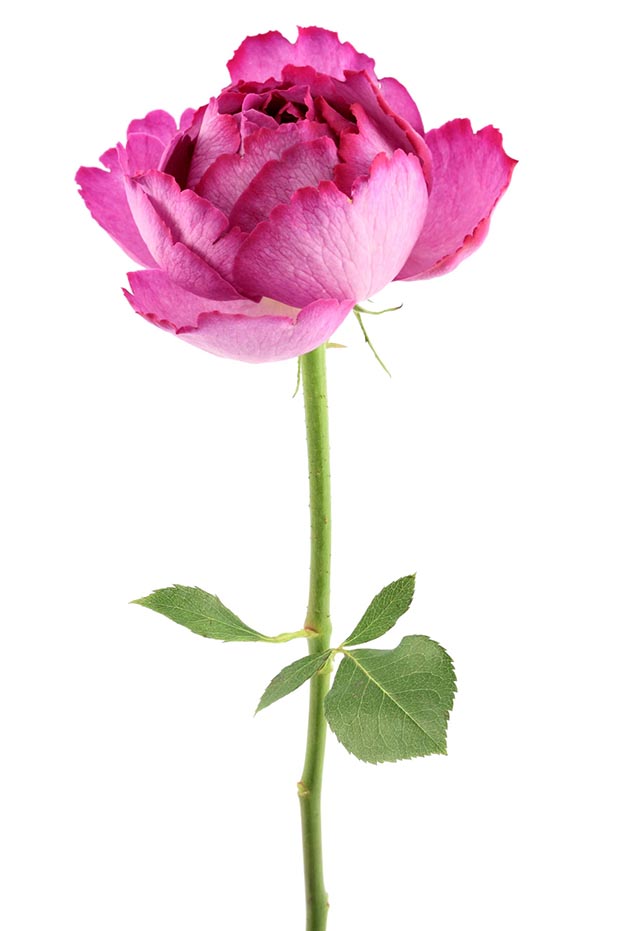 WHAT NOT TO GROW
The major floral crops in NZ include roses, chrysanthemums, gerberas, tulip, gypsophilia, lilies and carnations.

“There are a number of the major varieties of flowers that are grown on a very large scale and also are imported into New Zealand from third countries, often where they have a more economical production scenario such as lower wages and maybe less requirements in various other ways,” says Chris Smellie. “Roses, lilies, gerberas, probably alstroemerias, chrysanthemums, and so on. To be in involved in production of any of those, you are immediately faced with a very large capital cost and a highly technical process.”

Helen Johnson can tell you of some sobering comparisons.

“Some roses used to come into New Zealand at $1 per stem, which is fine, but New Zealand roses cost about $2 to $2.50 per stem. Which ones are the flower merchants or florists going to sell? Our costs of producing a plant are very different to what they can produce in India or China, for example.”

Resources:
Want to learn more?
The New Zealand Flower Growers Association is the body representing the interests of flower growers across New Zealand.
To enquire on the costs and details of becoming an NZFGA member, email: secretary@nzfga.org.nz
http://growernews.co.nz/flowers