How to make North American pumpkin pie in New Zealand 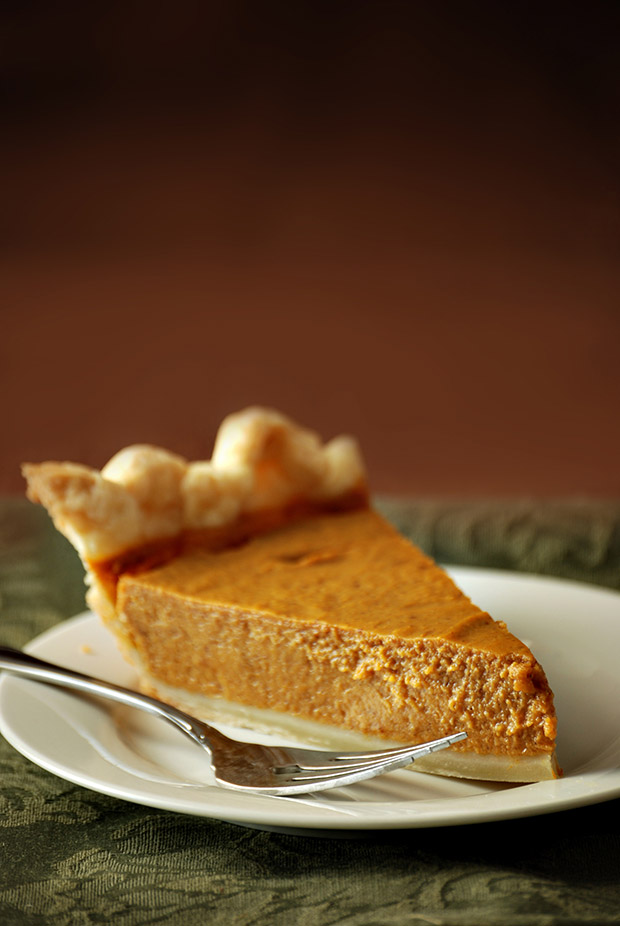 If you think pumpkin, you probably think of roasting, but pumpkin has a sweet side.

When I started thinking about the column for this month, subject being pumpkins, I couldn’t resist waxing lyrical. To my way of thinking, a pumpkin is a perfect containment of summer with its beautiful golden innards just waiting to be transformed into pies, cakes, muffins and soup, not to mention the wonderfully beneficial dark green seeds obtained from certain varieties.

However, when I say ‘pumpkin’ I am aware that I am being just a tad flippant. At this point, it is important to clarify exactly what I mean by pumpkin.

I have to travel down this train of thought because I am married to a Canadian and this immediately means that the term ‘pumpkin’ takes on a whole different culinary aspect. Kiwis tend to think of pumpkin as savoury, chopping it into wholesome chunks to bake alongside potato, kumara and parsnip in the Sunday roast. North Americans think sweet, as in pumpkin pie. Fortunately, both cultures seem to agree on the use of pumpkin for soup. The distinction has to do with variety more than anything. Go looking for a pumpkin in America or the UK and you’ll be shown to the winter squash section, displaying certain varieties of Cucurbita pepo. In NZ, we are not so fussy about classification apparently. Therefore, a pumpkin here or in Australia refers to just about any sort of squash. Er, pumpkin. 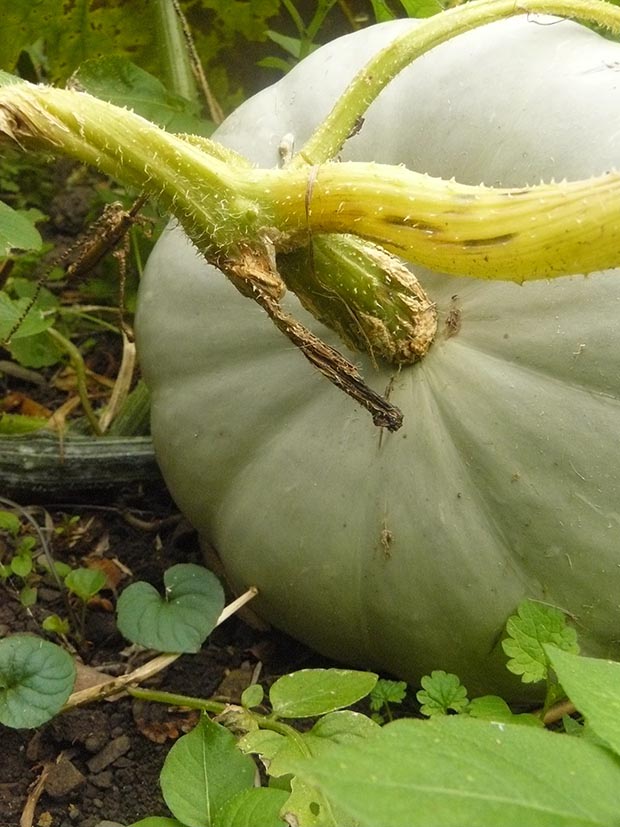 Maybe this is because the word ‘pumpkin’ has had an interesting linguistic journey. The Greeks called them pepon, meaning ‘large melon’. ‘Pepon’ was then nasalised by the French to ‘pompon’, which in turn ended up on the English tongue as ‘pumpion’, finally making it into the gardens and stomachs of the early American colonialists as ‘pumpkin’. These pioneering folks were so dependent on the humble winter squash that without them, many would have died of starvation. This poem is a testament to the importance of the pumpkin as a food source.

For pottage and puddings and custard and pies
Our pumpkins and parsnips are common supplies,
We have pumpkins at morning and pumpkins at noon,
If it were not for pumpkins, we should be undoon.
Pilgrim verse, circa 1633

Having a Canadian mate, I have learned to appreciate the virtues of squash, as it is more commonly known in those parts of the world, as something sweet. I am proud to say that my husband has declared my pumpkin pie authentic as far as Canadian tastes go, so go forth so you can try these recipes out on your North American friends with confidence. If you want to have a shot at serving up the bonafide original pumpkin pie then you need to fill a pumpkin with cream, honey, eggs and spices and bake it in the coals of the fire. That’s right, no pastry.

1. Pumpkins are a very low calorie vegetable and a veritable storehouse of many anti-oxidant vitamins including A, C and E.

2. The bright orange colour of pumpkin is a dead giveaway of the presence of beta-carotene, an important anti-oxidant that may reduce the risk of developing certain types of cancer and protects against heart disease.

4. Pumpkins are believed to have originated in South America. 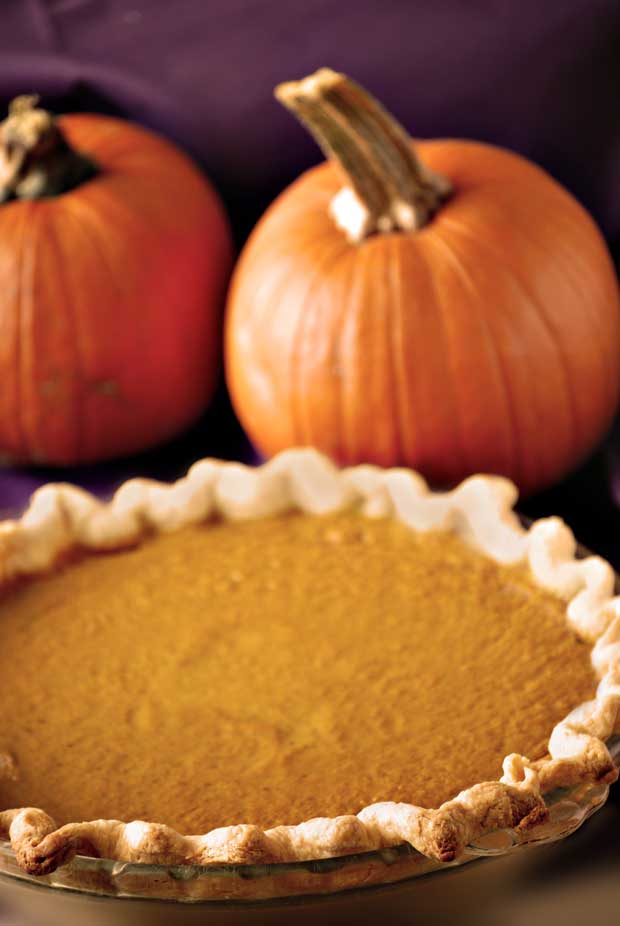 Paul calls this the ‘one and only’ pumpkin pie because I make it – ain’t that sweet? I have a feeling that many people think that this dessert is a major mission but actually it’s very simple to make and divine to eat, especially when accompanied by great dollops of freshly whipped cream. My favourite pumpkin for this pie is the elegantly shaped butternut, which incidentally is also listed as a North American choice.

A crunchy, crispy crust is the secret to the success of this pie so once you have it lining the dish, pop it into the oven for 10 minutes just to seal it on the bottom. Use dried beans to bake blind; this helps the pastry keep up the sides of the dish.

Rub the butter into the flour with your hands or chop it in using a food processor. Slowly add water until you have a stiff dough. Roll out and line a quiche or pie dish. Bake for 10 minutes at 190°C.

To make the filling, whisk the eggs and sugar together. Add all other filling ingredients and pour into pastry shell. Bake for 45 minutes at 190°C or until the pumpkin mixture has set.