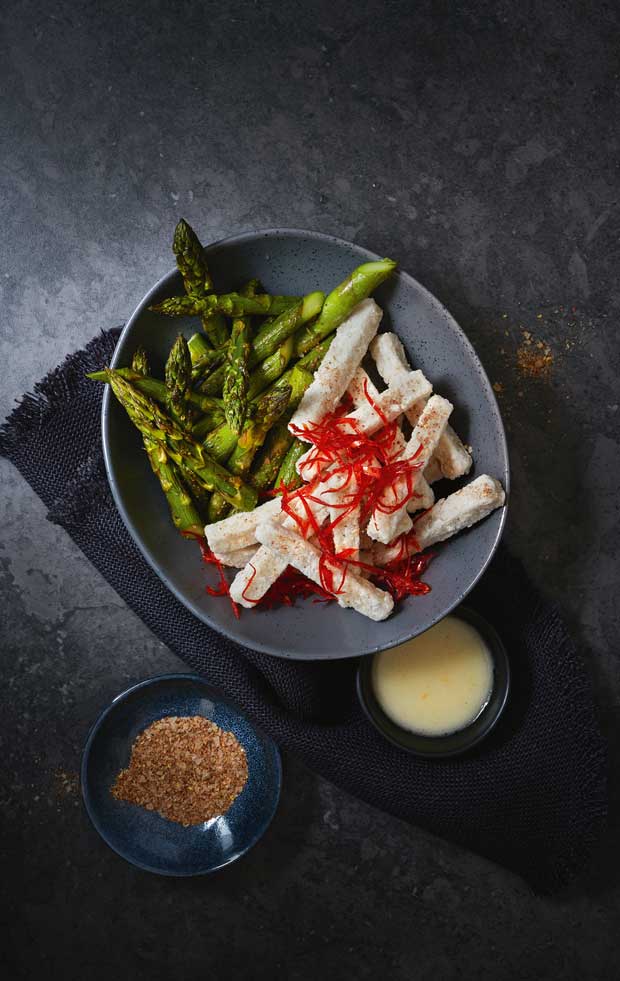 Place taro in a pot and cover with cold water. Set over high heat and add salt. Bring to a boil, then reduce heat and simmer for 10 minutes or until the taro is al dente (soft to the touch, firm to the bite). Drain well in a sieve and discard the water.
Return the taro to the pot and add coconut milk just to cover (you may need more or less). Cover and simmer for 5 –10 minutes, or until taro is tender.

Remove from pot, cool completely and scrape most of the excess coconut milk off the taro.

Set a frying pan over medium heat and add half the oil. To test to see if oil is hot enough, carefully drop in a small piece of taro. If it slowly rises to the top, the oil is the right temperature.
Dip each taro fry into the potato starch, then drop into the hot oil. Cook for 2-3 minutes or until golden brown and crisp. Drain on paper towels. Repeat until all taro is fried, replenishing oil in fry pan as required. Lastly fry the spring onion and chilli mixture in the oil until crispy but still brightly coloured. Drain on paper towels.
Sprinkle taro with Szechuan Pepper Salt and serve with the crispy spring onion and chilli.

Put ¼ cup Szechuan peppercorns, ½ cup flaky sea salt and 1 deseeded and finely chopped dried red chilli into a small frying pan set over medium heat. Stir constantly until salt turns off-white and pepper begins to crackle.
Remove from heat and transfer to a spice grinder, small food processor or mortar with pestle and grind to a rough texture. Sieve to remove peppercorn husks and grind again to form a fine texture. Store in an airtight container at room temperature for up to two weeks. Makes 70g. 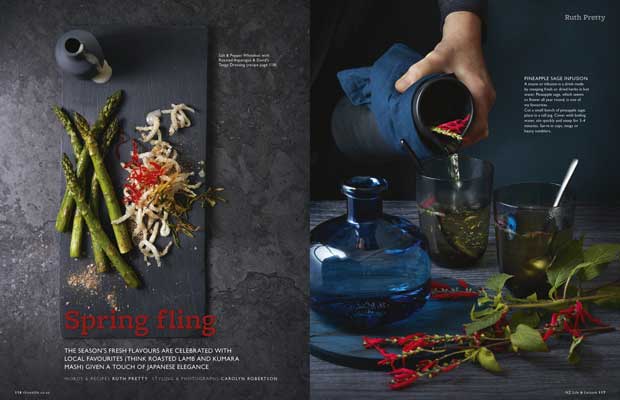 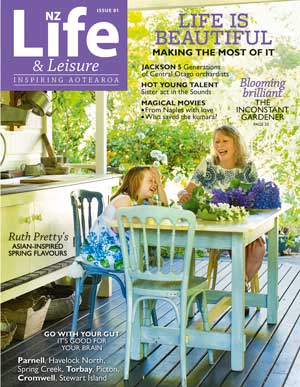