Mary Biggs goes back to basics with the Country Cooking School 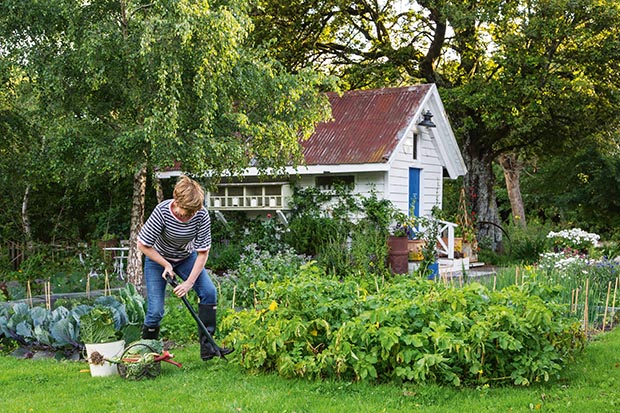 Mary Biggs started with Le Cordon Bleu, detoured into lemon cordial and is now back to basics with a country cooking school, sharing the bounty of her beloved farm.

Drive over the big winding hill from Wellington and at the end of Underhill Road in Featherston, where the land lunges towards the Tauherenikau River, it’s easy to feel as though the rest of the world has disappeared. It’s certainly what attracted Mary Biggs and her husband Peter (Biggsy) Biggs to Te Puhi, their 14-hectare farm, back in 1997. Apart from eight and a bit years in  Melbourne, the couple has lived here ever since.

Last year Mary blew the dust off a Le Cordon Bleu qualification (earned while she was still dating Biggsy) to start the Country Cooking School, where guests not only forage around the 150-year-old property for fresh, seasonal ingredients, they then get to turn them into a delicious four-course lunch. 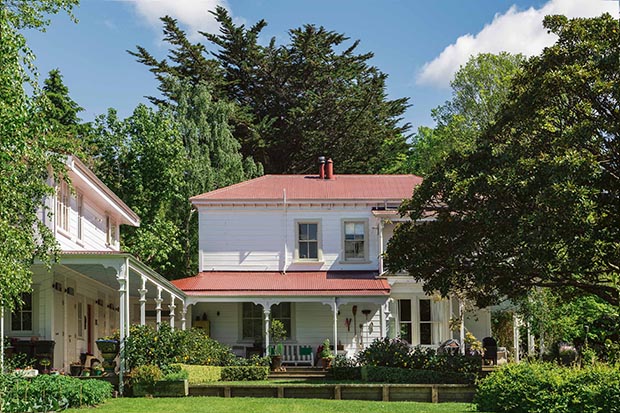 Mary also loves breathing life back into her old farm house over the past two decades and has a great respect for things past.

For Mary, it’s love in a culinary form. “I’m delighted to be able to live and work here,” she says.

“It’s where I’m happiest, sharing the bounty and the beauty of this farm with others.”

It started back when Biggsy, an advertising agency executive, was spending long periods away from home and Mary grew tired of being a corporate “widow”.

“At the time, Biggsy was busy sorting out the Auckland office of Ogilvy & Mather, which meant I was at home in Wellington with young children. I decided I may as well be somewhere I really wanted to be if I was going to be on my own so much.” Wanting the squelch of soil under her feet, glorious isolation and space for her growing brood, she snapped up the two-storey farmhouse, as much enamoured by the land it came with as she was by its backstory.

“Te Puhi was built in 1868 and during World War I it was used to house the wives and children of soldiers based at the nearby Featherston Army Camp before they shipped out to war. At one stage there were nine families living here.” Mary tending to her garden.

With her three eldest children Julia (now 29), Ella (27) and Charlotte (25) away at boarding school, Mary carved out a scheme to make the land pay for itself – lavender oil. She planted hundreds of hardy grosso plants but when the capital outlay put a strain on the family’s finances, Mary had to find a way to underwrite the expense. That turned out to be old-school lemonade, handmade from the farm’s 100 lemon trees.

“I’d previously made lemon cordial which I’d give away to family and school fairs. It was always popular so I thought, ‘Why not give it a whirl?’”

That give-it-a-whirl approach morphed into Lavender’s Green, a business producing a range of lemon-based preserves, condiments and drinks that Mary ran successfully for 15 years. 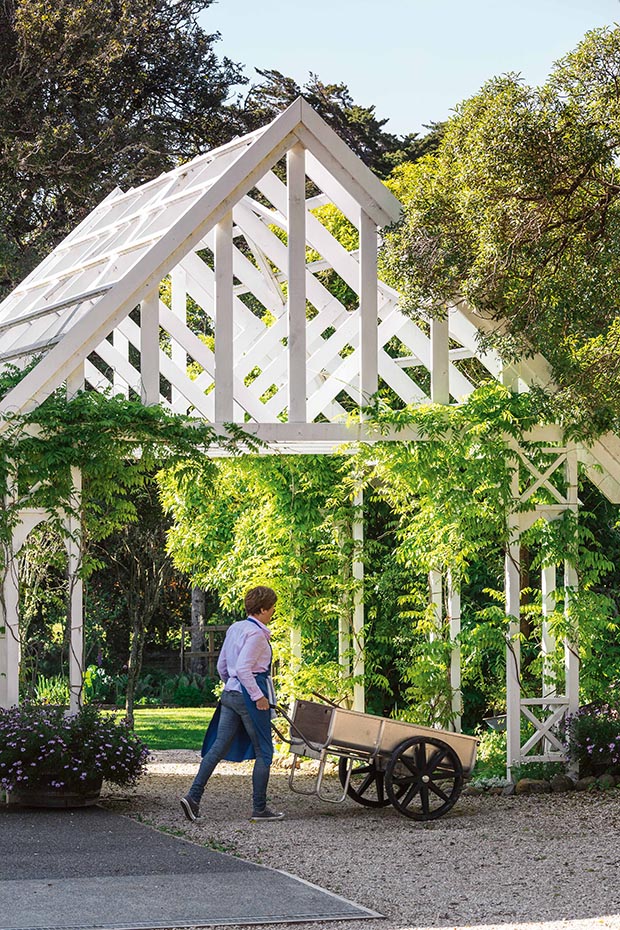 Somewhere along the way, the couple bought the farm next door and the business expanded, going from a cottage industry to a commercial kitchen and bottling plant.

“We had everyone from Kirk’s and David Jones to the Conran Shop in London stocking our products,” she says proudly. In 2006, Biggsy was posted to Melbourne. It was the break in the traffic Mary had been looking for.

“The business was at a stage where we needed to put in a huge amount of investment to grow it further. But I was ready to try something different so I installed a manager and moved to Melbourne.” The couple lived on the 30th floor of an apartment building with Australia’s second city draped beneath them like a quilt. It was quite a contrast to the tranquillity of the farm but Mary loved it, working part-time in a deli and traveling to visit her children who, by now, had spread themselves around the world.

Julia is an advertising executive in Hong Kong, Ella is doing a master’s degree in law at Stanford University in California, Charlotte is at Melbourne Teacher’s Training College and son Nicholas (21) is completing a BA in media studies and politics at Edinburgh University. 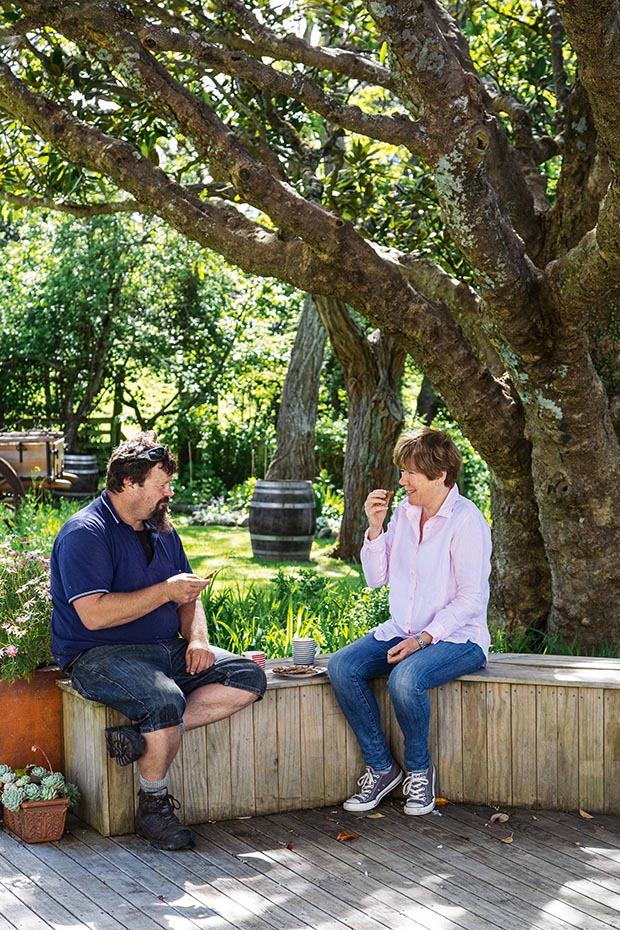 She also loved to sit in her eyrie, dreaming up recipes and longing to get back to the basics of cooking with food she’d grown herself. That opportunity arose in 2015 when the couple returned to New Zealand where Biggsy’s work sees him living in a Wellington apartment during the week.

“We’ve spent roughly a third of our marriage living apart but we’re both quite independent people so it works. Plus, each of us is deeply committed to the other’s career.” After renovating Te Puhi’s kitchen sufficiently to allow groups of eight to crowd around the wooden table, Mary set to planning menus and planting everything from jerusalem artichokes to borage. She’s a self-taught gardener who was first inspired to plunge her hands into the soil by the 1970s television programme The Good Life.

“I was captivated by their philosophy of growing everything you need, which has stuck with me ever since.” Mary says she’s lucky to have help from Te Puhi’s farm manager, Kevin Gundesen (Gundy), who’s turned out to have a great eye for garden design.

“We really just give things a go and they usually work out.” Mary’s focus for the cooking school is on seasonal, fresh ingredients.

“I know it sounds a bit clichéd but part of my Cordon Bleu training was to use the best ingredients possible. That way you can keep things simple and don’t have to muck about with the food too much.” 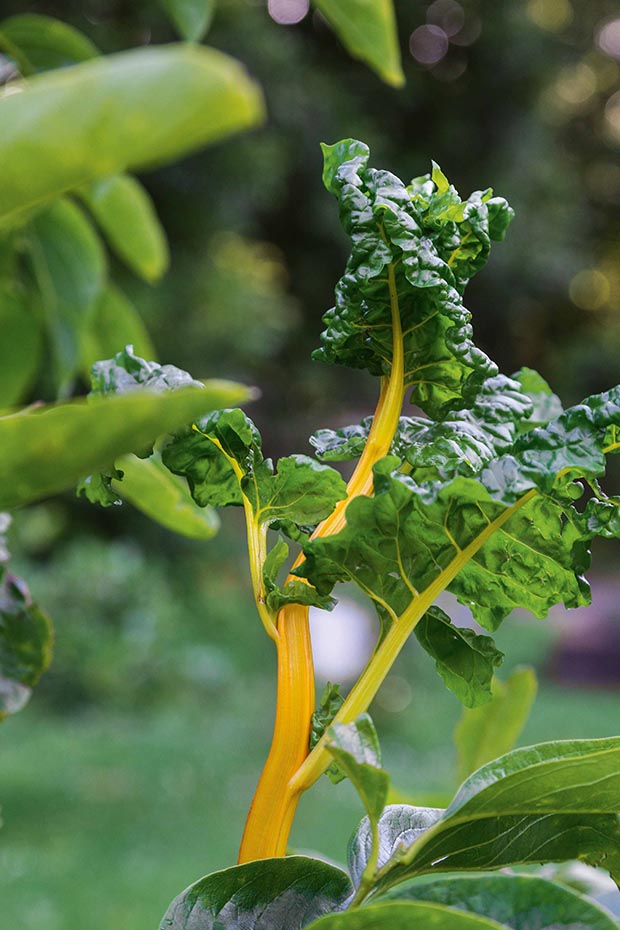 Food has been a steady companion since she was a child. Growing up in Melbourne, the second youngest of five and the only girl, Mary was sent to cooking classes on a Saturday from the age of nine.

More stories you might like:
A bach-y makeover: A family transforms its West Coast bach into a bright ode to the past

“When I think about it now, it was pretty brave to catch the train by myself at that age. But those classes are where my love of food came from.”

Her father’s accounting job moved the family to Wellington when Mary was 14. A few years later she was set to do a home science degree at Otago University when her father announced he had been transferred to London. There, she fell into a career as far removed from food as possible.

“One day I was painting the fence at the local Catholic church, the next the nuns were asking me if I’d like to work with kids aged between two and 15 who were wards of the state.” 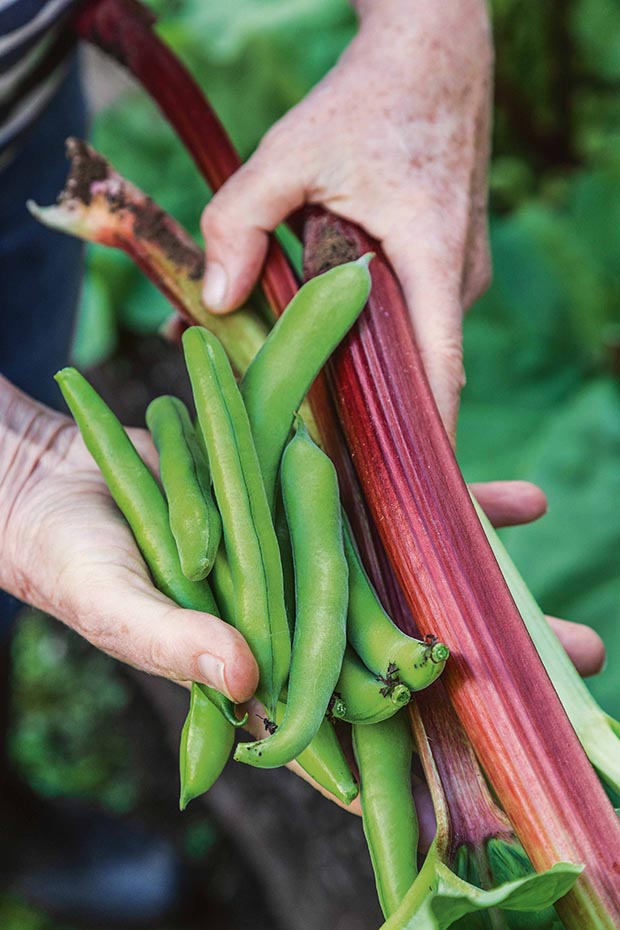 Having no social work qualifications wasn’t a barrier to enjoyment. “It was a real challenge and I ended up staying three years. The kids had been through a pretty rough time but they were more sad than bad.”

She returned to Wellington and a BA in English literature and art history at Victoria University. It was where she met Biggsy, who had recently left the Catholic seminary and was finishing his degree. It wasn’t love at first sight.

“We were flatmates and he thought I was shallow, while I thought he was a bit of a geek,” she laughs. They were dating by the end of that year and when Mary decamped to Auckland to do the three-month Le Cordon Bleu course, they wrote to each other every day. Later, she paid the rent with various culinary jobs, including catering for eight priests (“Ironically, they’d taken vows of poverty but had no issue with a trained Le Cordon Bleu chef cooking for them”) but gave up when marriage and children beckoned. These days Mary is happy writing her own tune – and dancing to it.

“My aim is to grow the cooking school so that it fits around my lifestyle and family. I really can’t ask for more than that.”