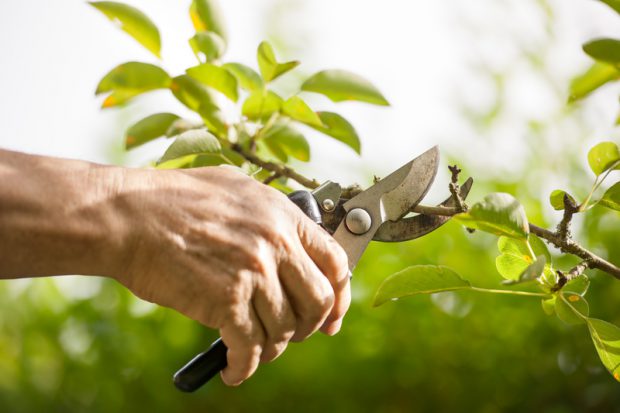 Got trees that need to be trimmed this winter? Here are 12 tips on how to get it right.

Then don’t plant a tree near overhead lines, choose evergreens which tend to retain a neater, more conical shape naturally; you can give them some direction when they are young if they have multiple leaders, but other than that they will almost never need pruning. If you don’t like hedge pruning, go for a mixed hedgerow of plants as opposed to more formal hedging like buxus or macrocarpa (C. macrocarpa).

We know the urge to grab the chainsaw and get cutting is overwhelming for many of the male species, but before any wholesale attack gets underway, you need to think about what you are trying to achieve. If it is pruning, go through our step-by-step list to get your priorities in order; stand back and really look at the shape of the tree and what you would like to achieve; and after each cut, stand back again and think about where to go next.

A good pruning cut is close to the main trunk, lateral branch or bud, but not too close. You want to get in close to the branch bark ridge at the top, and the branch collar at the bottom but not damage either. The collar is important as this area contains hormones that assist with wound healing.

Don’t create a stub; this is a cut that is too far away from the ridge and the collar; there are fewer hormones in this wood so the wound heals very slowly – if at all – and is a common entrance for insects and disease, which can then cause dieback. It also looks terrible. 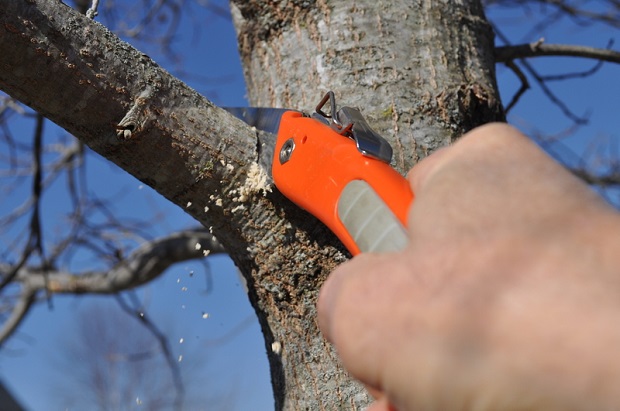 If you have to prune off a branch larger than 3-4cm in diameter, or one that you can’t support with more than one hand, should be removed using the three-cut method of pruning, to avoid unsightly tearing of bark. First, make a cut on the underside of the branch to be pruned 40cm away from the trunk. Cut through until just before the branch begins to sag and traps your saw. Make a second cut on the top of the branch at 45cm away from the trunk, so it will split between the two cuts. No trapped saw, no torn bark, and you can then prune the stub back to a proper cut as above, with no danger of a heavy branch doing more damage.

These should be the first of your pruning jobs. Removing dead branches from any tree or shrub is your number one priority, both for health and looks. It also gives you a plan to work from when it comes to planning what to prune back further.

7. Branches crossing or too close?

This is the next pruning decision. Take out a branch that is too close or rubbing against another – it will reduce light and air flow through a tree (especially important if it is a fruit tree), and if they touch it forms a wet area that will be more prone to disease and fungi growth.

If you have a tree that is growing a major limb at a narrow angle to the trunk (less than 45º, it is far more likely to split in high winds; if you can catch it when it’s young enough, remove any branches that have this narrow angle. In large trees, you need to consider what damage it will do when it comes down and weigh up the cost versus removing the limb in a controlled situation. 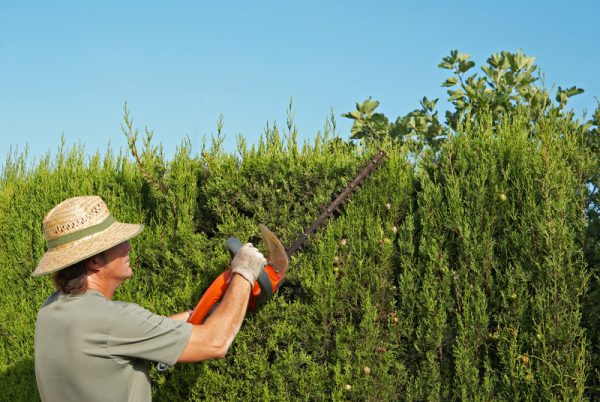 The earlier you cut off vigorous shoots and suckers from the base of a tree, and any water sprouts (succulent shoots on a branch), the better it is for your tree and its appearance. Suckers like these rob the tree of valuable nutrients, and tend to look ugly; they are most easily removed when young.

Sometimes you need to be practical. If a tree or shrub is making day-to-day life miserable, you need to cut it back or take it out. This is what makes winter such a great time to prune – you can see the structure of a tree or shrub more easily in winter, and you won’t have to deal with wet leaves. It also makes it easier to create a pleasing shape.

A tree in a forest setting must compete from an early age. Weak trees fall by the wayside and stronger trees take in more sunlight and water, suffer less storm damage and live longer. A tree in an open setting, whether in your garden or out on your farm, doesn’t get that competition and can develop a weak structure, making it far more prone to damage, and more likely to die early. You, as the pruner, become the competition, taking out weak branches, strengthening the structure and helping to ensure the tree’s longevity.

Long-term research has shown repeatedly that a good pruning cut does not require a wound dressing or painted-on treatment. In contrast to long-held beliefs, a wound that is dressed or painted is more likely to suffer from insect damage or disease as it invariably cracks or is damaged, allowing the pest or disease an entry straight into the tree.

If a tree has a damaged or diseased limb, it can be removed at any time of year and should be done as soon as possible. Generally, the worst time of year to prune is after early spring growth has taken place – maintenance pruning at this time can result in stunting of your plant. 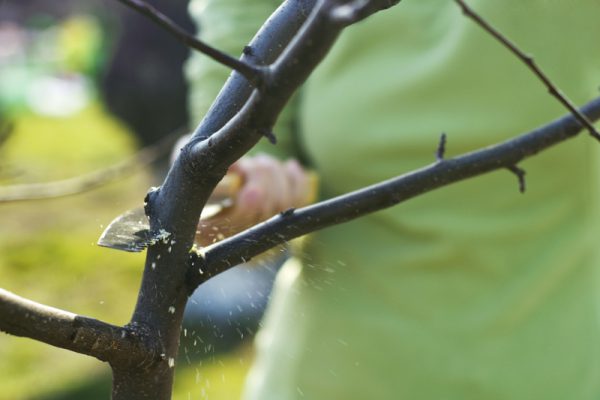 A general timetable for maintenance pruning is:

Pruning larger trees can mean some real Tarzan feats, holding sharp saws, loppers, or worst of all, a chainsaw. Don’t take these duties lightly. To be safe:

• Don’t trim a tree while standing on a ladder; instead you should secure yourself to a tree from at least two points.

• Don’t climb up while holding tools – have them passed up to you, or take a rope and pull them up to you once you are secure.

• Don’t try to take on a complex or dangerous job – call in professionals instead; it’s much cheaper than breaking a leg or worse.

HOW TO NOT MANGLE A TREE UNDER POWERLINES

If you have inherited a property where tall-growing trees have been planted under power lines, you may think removal or an ugly topping are your only options. But there is a technique called crown reduction pruning that may help, depending on the tree and its growth patterns – it doesn’t work for trees that have a conical shape. With the right tree, it is far more attractive and natural-looking than topping and it increases the time between pruning. The downside is the cuts involved can sometimes be large, leaving a big wound and more chance of the tree decaying. Still, that risk may be worth it if it’s a beautiful tree or one that is useful to you for shade or privacy.

We stress that this should only be carried out if there is no chance of you getting anywhere near the power lines concerned. If it is too close, then talk to your local lines company and get their approved list of contractors who are permitted to work on their lines.

Crown reduction also involves trimming outer branches, often using chainsaws or saws on long poles. It requires a high skill level and can be dangerous, so if you’re not sure – and you think the tree is worth it – please call the professionals. A beautiful tree is an asset to a property in both aesthetics and monetary value, so it can be well worth the expense.

• Branches are cut back to laterals that are at least one third the diameter of the limb being removed; these form the new outline to the crown

• Don’t remove more than 25%* of foliage from a branch that is being cut back. If you need to remove more, it’s probably better to remove the entire branch

• A severe reduction in the crown will cause considerable stress to a tree; if you want to reduce the tree’s crown by more than 15-20%, do the work over two years, instead of taking a large amount off in one year. Crown reduction does work but to get the best results you can’t take more than the tree can stand to lose.

• A tree that has its crown reduced is at more risk of disease and decay, so you need to carefully check it for any signs of either throughout the year, for the threat of breakage.

• The cheapest option is to fell the tree and replace it with something more appropriate in its adult size. However crown reduction does allow you to keep a very old tree, or a protected one, in place without endangering power lines, buildings or people.