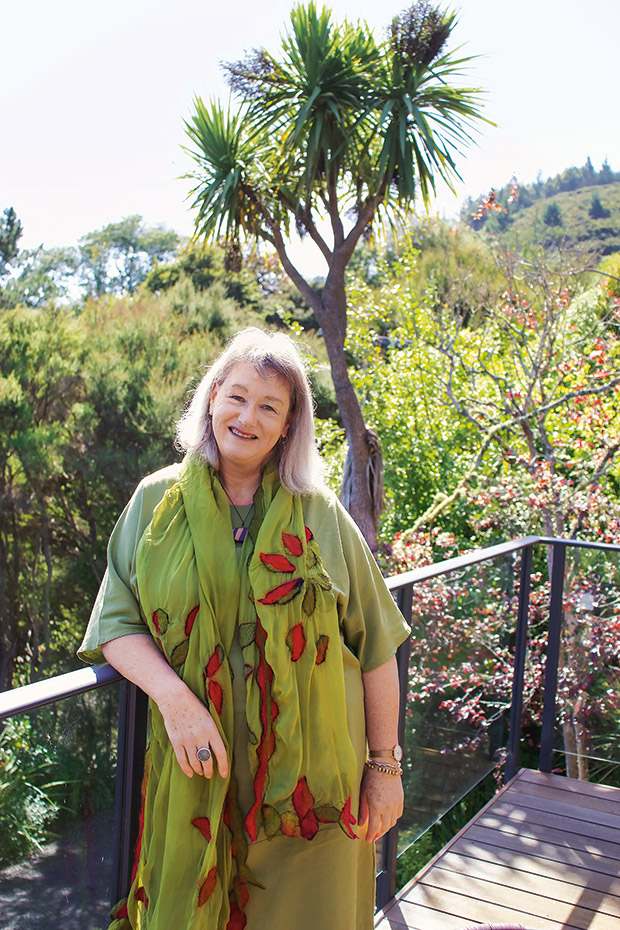 An artist draws strength and comfort from the beauty in art and nature.

Clare Reilly grew up in Pāremata overlooking Pāuatahanui Inlet, north of Wellington, and went to Queen Margaret College. A week after her 15th birthday, she quickly became very ill and learned she had a congenital disability in one kidney. Surgery to save the kidney was unsuccessful, and she had it removed. However, her lung was damaged in the surgery, and she spent six months of her School Certificate year in hospital. “I have been well ever since and treasure the awareness that life is sacred,” she says.

“My father, something of a feminist, forbade me to learn to type and wanted me to aim high in the career world rather than accept traditional job roles for young women. He was a geophysicist, fluent in many languages and interested in art, music and history. My mother had two careers: nursing and teaching.

“Even though I was drawn to painting, I studied law and arts at Victoria University thinking I’d become an environmental lawyer or a town planner. Art, drawing and painting was my passion alongside ballet and modern dance, and I spent most of my spare cash on beautiful art books.”

Then along came young artist Max Podstolski, who swept her off her feet. “It changed the course of my life. We developed an immediate and strong bond, eloped and married in Christchurch, and I started my painting life. It was a huge shock to my parents initially, although they later became supportive of my decisions. My bond with Max was to last 41 years.”

More stories you might like:
Why this Rangitikei pug lover has been rescuing unwanted pugs since the 1990s Initially, Clare painted and exhibited full time before needing to find part-time work. Her administration role with a family-owned retailer morphed into a corporate role as an assistant manager — the first woman on the management team. She enrolled at the University of Canterbury business school and at the New Zealand Institute of Management.

Once again, she was the only woman, this time in a group of 19 men. She was up for promotion to an even bigger job but, realizing the business world was not feeding her soul, returned to painting, and planning a family. “We had been married for 11 years by then.”

While raising their two sons, painting and exhibiting, Clare trained as a Montessori preschool teacher. “I worked part-time for 16 years, loving the interaction with children, seeing their creative spark ignite.”

It was a juggle, raising her family, painting and exhibiting and supporting elderly parents. For a decade, she cared for her mother, who had developed dementia. 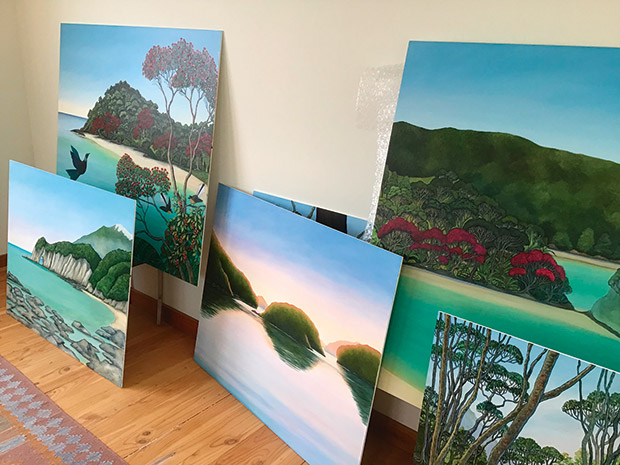 “It is a cruel disease on many levels, a very long goodbye. I grew much closer to her as I became her mother in her mind, and she was a child again. I try to look for positives in adversity, and it taught me infinite patience and to see the world from her point of view. The journey towards death with a loved one is a privileged time. It also prepared me well to handle what was to come. My mother died in October 2015, and in September 2016, Max was diagnosed with a brain tumour. They can cause cognitive impairment, so I knew I could handle whatever cropped up with him.”

More stories you might like:
From doctor to fiction writer: Eileen Merriman says hard work pays off 18 years after her first rejection letter The Rosy Blush of Dawn.

“I began full-time painting again in 2008 despite the Global Financial Crisis causing galleries to close, but I was well supported by my audience. The pace of my work expanded, and so did the demand for it.” In the aftermath of the Christchurch earthquakes (2010), the city lost its appeal, especially when close friends moved away. Looking for a recreation and retirement spot with a rural feel, they discovered Doctors Point Beach (on the coast just north of Dunedin).

The couple fell in love with the small community just a 12-minute commute from the city. “The climate, bush, bay, the wild ocean beaches, the peace and tranquillity, all close to the medical and academic and cultural facilities of a city.” By this time, Max (then 57), had had a heart attack (10 days after the first Christchurch quake). Accessible medical facilities were essential. In 2013, they found a house in the bush overlooking Blueskin Bay and were waiting for renovations to be complete before their planned move in 2017. “Unfortunately, before we could live our dream, Max was diagnosed with an aggressive brain tumour and died within months. I moved to Blueskin Bay three days after his funeral.

“The following year, I went on a Camino walk in Spain as a fundraiser for Leukaemia & Blood Cancer New Zealand. Max was a great walker and had planned for us to do the Camino, and he loved Spain and had learned the language. I’m not a great walker, so it was a challenge for me — I had to dig deep, and I suffered. But it brought me the spiritual healing I needed. Afterwards, I treated myself to a wine and food tour of Portugal, a trip to Paris and two weeks on the Côte d’Azur.”

More stories you might like:
Zero-waste legend Trish Allen is helping Matakana turn its trash into treasure

In her local community, Clare happily settled back into painting and teaching the dance form nia (the name originally stood for non-impact aerobics). Recently, she was asked to produce a book about her life and work.

Follow your passions. “Listen to the inner voice that sparks excitement. There might be sacrifices in following a passion; I had minimal financial reward and needed to be frugal. It took discipline to get up at 5am to paint before work, then again late into the evenings and weekends while holding down day jobs. Never let a lack of time be an excuse for not painting.”

Life is not a rehearsal. “Don’t put off your passions for another day. That day is now, and it is not to be frittered away. Keep being playful and dreaming.”

Resilience and renewal. “Nature provides us with a way to restore ourselves and renew. Note the seasons and work alongside nature, grow caring communities and find calm in a turbulent world.” 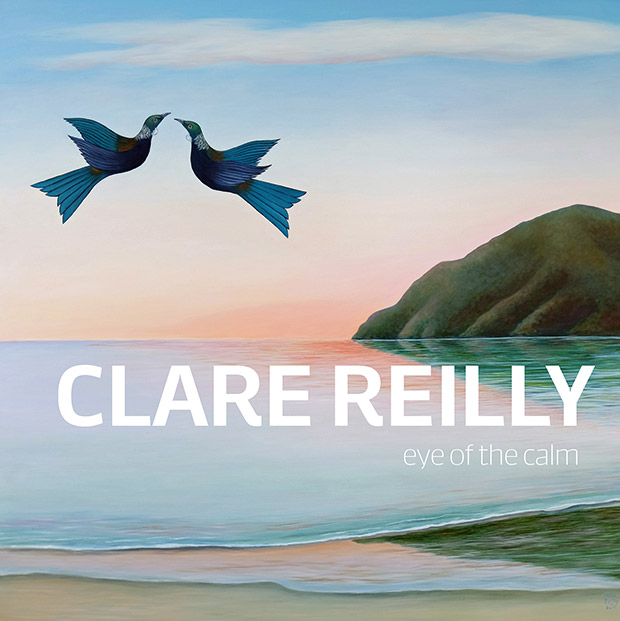 Clare Reilly: Eye of the Calm is a beautiful collection of the artist’s work of artist Clare Reilly, featuring the joyful movement of birds in flight and celebrating her passion for New Zealand’s wildlife and coast. Order your copy here. Exisle Publishing: hardback, 254mm x 254mm, 144 pages, full colour.