Behind the Chinese Conservation Education Trust: Why its founder Estella Lee believes in a multicultural approach to conservation 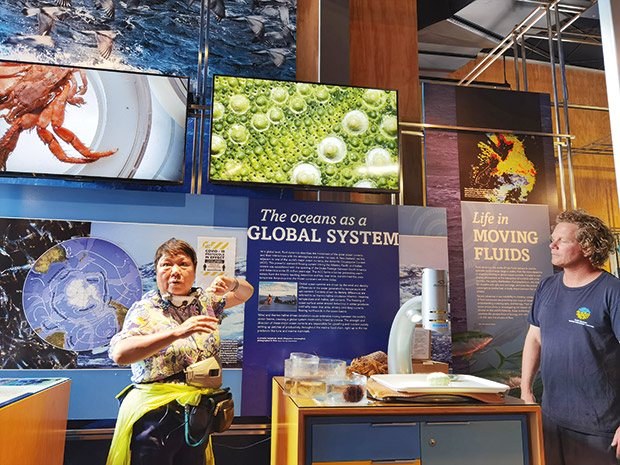 Estella Lee leading a group on one of the CCET’s renowned environmental education tours.

It was a storm at sea with 150-knot gales and eight-storey-high waves that washed Estella Lee into conservation. Ironically, the very planet she now works to protect is the one that nearly killed her.

In 1997, the Hong Kong-born immigrant ran a successful travel company in Auckland when she went on a cruise holiday. It was a celebratory reward — that is until a storm hit. The boat rocked at 55 degrees at its worst.

“I was prepared to die. But surviving it, that changed my life.” The terrifying experience inspired her to set herself a greater purpose of giving to others, she says. Fast forward a few years, and when walking a track in the Waitākere Ranges Regional Park, Estella found herself fascinated by the council’s conservation notices. “For Hong Kong people like me, environmental protection is simply not littering or dumping garbage everywhere.”

It was a lightbulb moment. Perhaps she could teach her people about conversation, educate them about the danger of pests to New Zealand’s native birds or the difference between a young forest and an old? 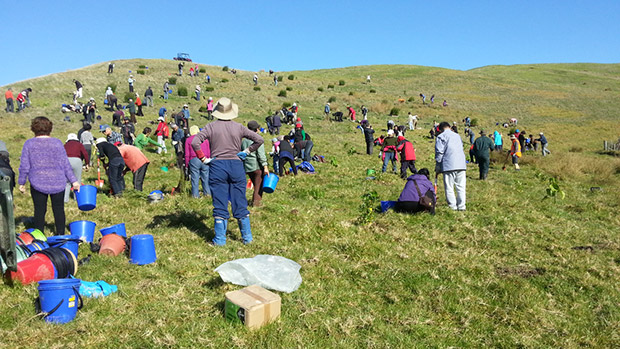 A chance meeting with Linda Bercusson, communications coordinator for the Department of Conservation, in the Auckland City Council’s office, while gathering park pamphlets to share with her Chinese community, set Estella on a path. Linda was looking for help overcoming the cultural barriers in educating Chinese communities about conservation.

Fluent in Mandarin, Estella provided the infrastructure needed for DOC to cross this bridge. “DOC wanted somebody to get the Chinese to sit down and listen, so they got me,” Estella says. The Chinese Conservation Education Trust (CCET) was born and is now in its 20th year.

These days, Estella’s activities for Auckland’s Chinese community include organic gardening workshops, sewing-repair cafés and tree-planting trips. Estella hopes every busload of volunteers leaves inspired to protect the environment beyond the recycling bin.

Before the pandemic, the trust engaged in more than 100 activities a year, hitting a high of more than 200 in 2018. Estella estimates that she has guided approximately 4000 people each year — a total of 80,000 since she began.

“It’s a big job to teach so many people until they are willing to reach a stage where they can sacrifice for our planet,” she says. This is her goal every time she leads a pack on outings to Goat Island or the Waitākere Transfer Station. On the CCET’s first trip, the youngest participant was three years old and the eldest 73. The team of young and old planted 4000 trees within two hours — a record for the Department of Conservation. “The Chinese way of working is different from the Kiwi way. Once the Chinese start something, they often want to finish it as soon as possible.”

Her passion is contagious — and she’s not afraid to call out people for their shopping misdemeanours. At the repair cafés, where people learn to mend their old clothes, Estella clucks like a mother hen at anyone wearing fast-fashion’s latest traps. “My next goal is to tell people to stop buying Christmas presents,” she jokes.

And if she ever finds herself on a near-shipwrecked cruise again, she knows now that she’s found satisfaction. “If I can see that I’ve made a difference or can bring joy to people, then I have job satisfaction. Even if there’s no money.”

More stories you might like:
Organic grower Mary Sullivan hasn't had aphids in years – and plans to keep it that way with permaculture

FOR CHINESE, BY CHINESE

Estella is a big believer in providing work for Chinese, by Chinese. The Chinese Conservation Education Trust (CCET) is proud of its cultural heritage and is willing to go the extra mile to provide environmental education, particularly for senior members of the community and new immigrants to Aotearoa.

The trust’s future depends on continuing the multilingual approach to education. “I hope I find some people who are much younger to continue the trust — they need to know the language to be able to talk to our people,” she says.