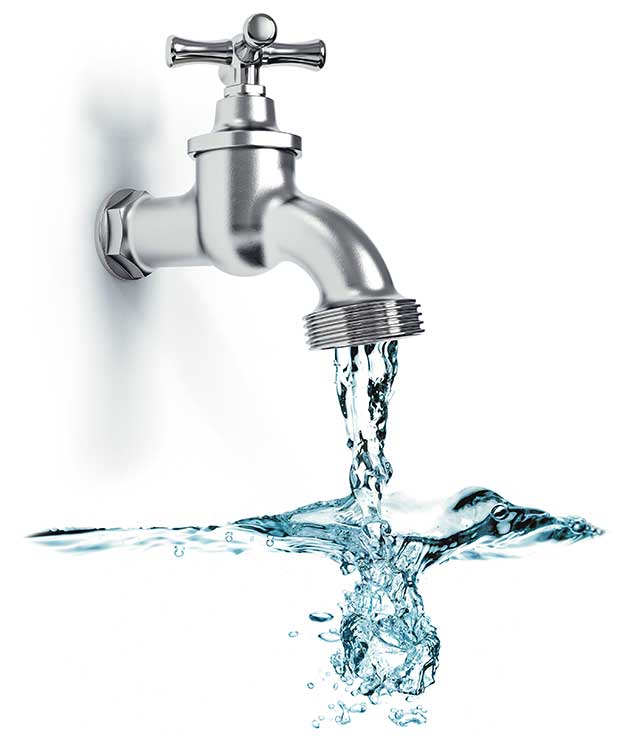 Half empty or half full? That’s the question bach owners and people who live in the country could be asking themselves this summer as they gauge whether they’ve enough tank water to get through the driest months.

NIWA’s meteorologists say there’s a good chance of an El Niño weather pattern this year with above-average temperatures, less rainfall on the east coast and drier soil conditions. It follows last summer’s dry and hot La Niña pattern, which was heaven for beach-lovers, but retailers ran out of electric fans and Tip Top nearly caused a national crisis as it struggled to serve up enough ice cream.

A more pressing issue was that rain-water tanks, used for drinking water, cooking and cleaning, ran dry in parts of Hawke’s Bay, Auckland and Northland. Many homeowners in those regions faced a wait of days or weeks for tankers to deliver water in the absence of significant rain.That’s the problem with relying on tank water – everything is fine until a dry patch hits and then commercial water operators are swamped with requests for deliveries.

Most people check their tank-water level by tapping on the side of the tank if it’s plastic or metal, or using a dipstick for concrete tanks. A higher level of sophistication might involve a weighted float and indicator to provide a visual clue as to how much water is left inside. There are accurate, real-time meters for electricity, gas, broadband and city and town water supply. But keeping track of tank water can be hit and miss, particularly if the owner doesn’t regularly visit the property. 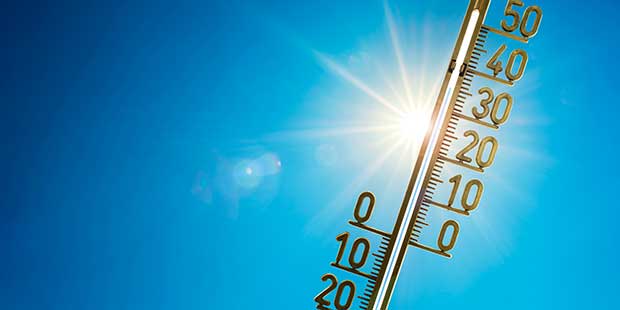 A group of university students from Auckland and Canterbury are applying innovative thinking to track tank-water supplies, tapping into the Internet of Things movement to do so.

Sentinel Water grew from a student project led by Zach Preston, an 18-year-old first-year University of Canterbury Bachelor of Engineering Honours student. He and colleagues at the University of Auckland have developed a solar-powered mount housing a sensor that pokes through the top of a water tank and accurately measures the level within.  A radio or mobile phone network connection, built into the sensor mount, then uploads that information to the internet, where tank owners can keep track of up to 24 tanks on one  digital dashboard. It seems like a no-brainer, but no one has yet come up with an easy fix to this problem. Sentinel has been trialing the sensors with Fonterra – whose farmers are collecting rainwater for irrigation and feeding stock – and Auckland Council, which sees its water supply coming under increasing pressure thanks to drier summers.

Bachcare manages thousands of holiday homes and apartments throughout the country, many of them on tank-water supply, and has partnered with Sentinel to find a better way of ensuring its properties’ tanks are topped up.  “They get guests coming through to Mangawhai or Waiheke and they rely on tank water for the water supply,” says Zach. “Nothing is worse, in the heat of summer than running out of water.” 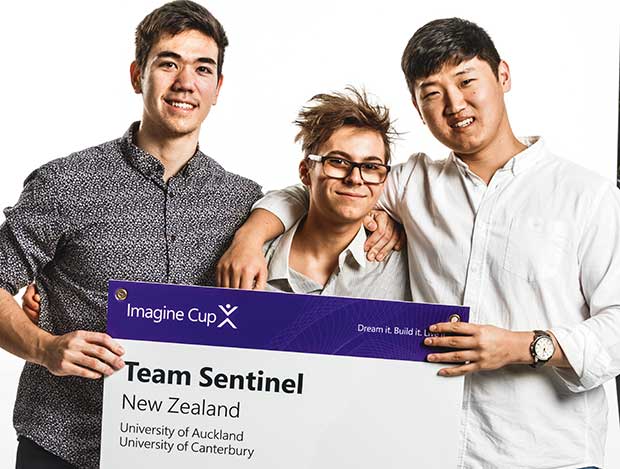 I watched Zach Preston (centre) and his University of Auckland engineering colleagues Zac Lochhead (left) and Sam Yoon pitch Sentinel to a high-powered panel of judges at the Imagine Cup, an international competition hosted by Microsoft at its Seattle headquarters that sees teams of students from around the world compete for a prize package worth more than $150,000.

The team did New Zealand proud, Zach confidently handling technical questions and outlining Sentinel’s business plan. Ultimately, Sentinel went as far as the quarter-finals of the Imagine Cup.
But interest in the fledgling start-up is keen and the team plans to commercialize Sentinel after more trialing of the technology. That’s good news because the long-term climate picture for New Zealand and the world is concerning.

UK and Dutch scientists using statistical modeling of climate data in August concluded the world could expect anomalously warm conditions to at least 2022, with a greater chance of extreme temperatures.“As the climate warms, getting extra-warm years will translate to a much greater occurrence of extreme heat, dryness, and a greater chance of wildfires, as we are seeing in the northern hemisphere summer this year,” says Victoria University climate scientist professor James Renwick.

“If the warming trend caused by greenhouse gas emissions continues, years like 2018 will be the norm in the 2040s, and would be classed as cold by the end of the century.”
In other words, the country needs to plan much more carefully to meet water needs. A group of young New Zealand innovators are on the way to helping do just that.

The Internet of Things revolution is here, with everything from washing machines and heat-pump thermostats to garden sprinklers and security cameras connecting over the internet for remote control and data gathering.

The debut of 5G, or fifth-generation mobile networks, in a couple of years’ time will support a proliferation of internet-connected gadgets. The technology is particularly well-suited to supporting multiple connected devices transmitting at high speed in real time.

More stories you might like:
Best-selling author Lesley Pearse talks about 1970s London and her new novel Liar

Sensors attached to agricultural infrastructure, coupled with satellite and weather data, is also driving precision, saving water on farm irrigation as it is applied with greater efficiency. Tech start-up Sentinel uses artificial intelligence and machine-learning tools to make sense of the data from the water-tank sensors. It can estimate future water needs based on past usage and send an alert to a local water supplier when a tank runs low.

“We are connecting tank owners to water suppliers to ensure tanks are always filled,” says Zach. Other data feeds also could be included, such as medium and long-term weather forecasts, and even water-quality data if additional tank sensors are provided. That last factor could help take Sentinel international as many countries, particularly in the developing world, struggle to provide water free of contaminants.

A sensor could sample water for common contaminants like nitrate or arsenic.  “A big problem on farms is rats climb into the tanks, die and contaminate the water supply and the cows get sick,” says Zach. “In future builds, we are looking to add in sensors for weather forecasting at an incredibly local level, but also the temperature and, potentially, the pH and acidity.”