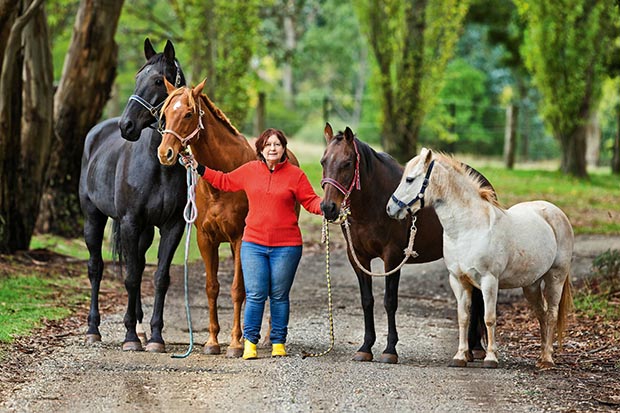 A multi-tasking Kiwi with a passion for saving animals has set up a special sanctuary on her lifestyle block just outside Melbourne.

It is dark, cold and raining buckets at Nine Lives Farm in Ballarat, Australia. Apart from the torrential rain, there are goats bleating, dogs barking and horses stamping impatient hooves as Anne Young darts back and forth between all the animals, greeting, patting and hauling feed buckets to the masses.

By day Anne is a senior executive at an inner city bank in Melbourne. But an hour’s commute later and she’s conducting the nightly feeding frenzy at Nine Lives Farm. It’s a place where Anne provides refuge to animals of all shapes and sizes, including horses, goats, sheep, alpaca, dogs, cats, ducks, geese, chickens and even a couple of turkeys. Many of these animals have been rescued from places all over Victoria and will either be fostered by Anne on the farm until she finds them a new home, or – and this happens more frequently – they live out their days in creature comfort at the picturesque 8ha (20 acre) block. 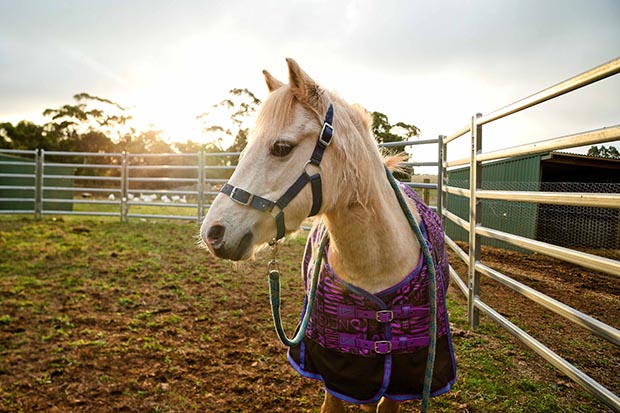 Being around creatures great and small is in the genes for this Kiwi, who grew up in a farming environment in Mangaweka and Ohakune where her dad was first a farmer and then a stock manager. Anne left New Zealand in 2003 to work as an executive in banks in Malaysia and then Singapore for nine years, but her passion for animals was always in the back of her mind. “I have always had it. I’ve always had animals and I’ve always felt that I haven’t done anything for them.” She lived in small apartments in Asia into which she nevertheless managed to cram two cats and one dog, but started thinking about what to do with her life. “It was when I was up in Asia that I thought I wanted to come home and do something different. And I thought, ‘why do I work so hard? If I had the money back then that I have today, back when I went to university, what would I do?’ And I thought ‘God, I’d buy my own farm.’ And then I thought, ‘oh, I could actually do that, so what would stop me?’” As it turns out, nothing. The only hiccup was her company transferred her to Australia instead of home to New Zealand but she was still determined to make her dream come true. “So I started looking at really big farms, and then I thought, ‘no, I actually really like my job as well’, and I’d like to do rescue stuff. I didn’t want a paddock full of sheep and lambs and then send them off to the works.” As Anne’s focus narrowed on different areas for a lifestyle property, she started thinking about Ballarat, a historic city by the Yarrowee River in Victoria and a place that plays an important part in her family history.

More stories you might like:
Buy the Best Artisan Food Products in our new thisNZlife Farmers' Market

“My great grandfather came here from China, in the gold rush. This is part of the central highlands, and he got married in Bendigo, so I’ve always preferred this side of town, it’s colder, generally the rainfall is better. And I’ve always liked Ballarat. My mum liked Ballarat too. So that’s part of it too, there is a real sense of history. As you are a New Zealander in Australia, so you have to make a connection.” 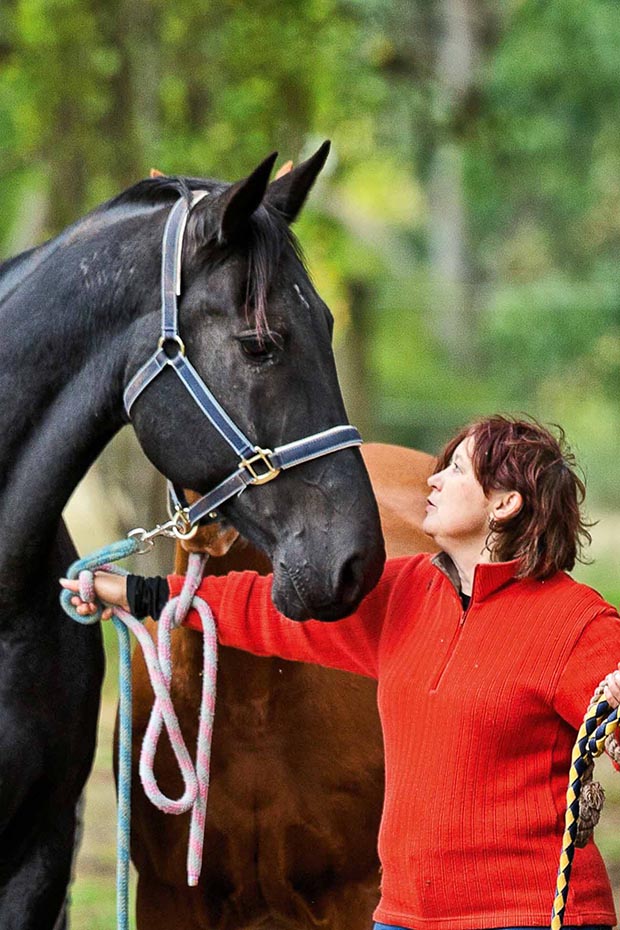 However, finding the perfect farm was harder than it looked, so when her oldest son Kyle found her dream property in Ballarat she didn’t hesitate to buy it outright, despite the fact that she happened to be on a photography tour of Africa at the time. “Talk about shopping online,” she laughs. “I actually bought this and hadn’t seen it!” When Anne finally did see the property she was thrilled, despite knowing there was a lot of work to be done. “When we got here it was just two paddocks and a house – no fencing, there was nothing, zero,” she recalls. 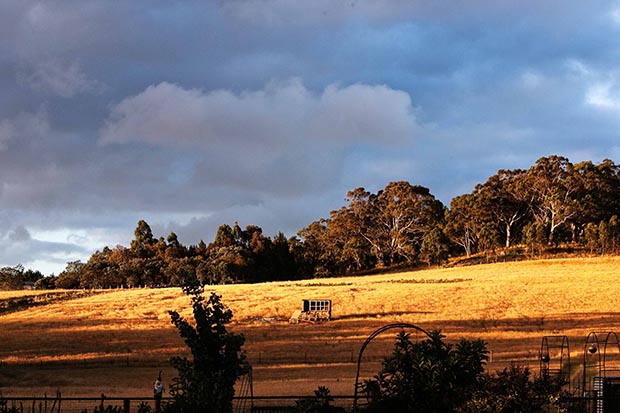 Anne got to work straight away, putting up fences, dividing the land into six paddocks, building a variety of enclosures, and – her latest achievement – a sizeable barn and yards so that the rescue horses that end up coming to her in foal will have a safe place to give birth. The property has an underground bore which pumps water from 35m below ground and is sufficient to supply water for the whole farm. The volcanic soil and ample annual rainfall keeps the grass lush and plentiful, and growing vegetables is easy. While Anne’s ultimate intention is to grow as much herself as possible, she has found that now the animals take up most of her time, the vegetable production, while still formidable, has shrunk to smaller proportions, producing pumpkins, potatoes, artichokes and other seasonal staples. 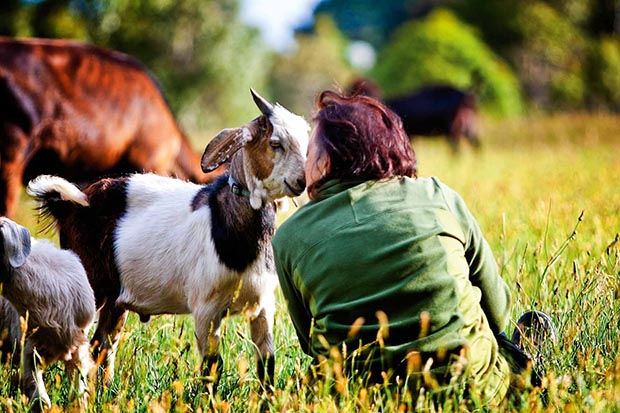 The initial plan for Nine Lives Farm was to rescue only a certain number of animals, a plan that has since grown somewhat out of proportion. “This is called Nine Lives Farm because the cap was to be where it would only be nine animals. It’s amazing how much you can twist that, because then it became nine of any one species. And so now we could say its nine grey ones, or nine black ones,” laughs Anne. “It kind-of all came apart.” Part of the reason the numbers of four-legged inhabitants of Nine Lives Farm have grown so much since she bought the property two years ago was Anne’s involvement with an online bidding service, Horses at Auction Preview. The charity group was set up to save unwanted horses at Victorian sale yards from ending up at dog food factories.

More stories you might like:
4 hearty winter vegetables to grow in pots (and how to do it right) 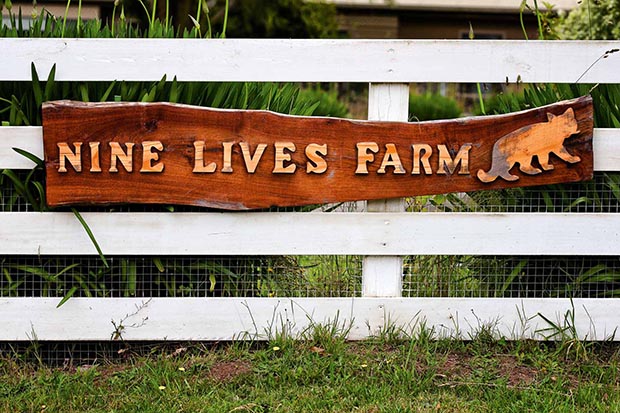 “This group was formed with two other committed friends, Sherel McKindlay-Money and Belinda Goyarts, and it started by us collectively deciding there had to be a way to save these horses. At some sales we managed to purchase up to 30 percent of the horses on behalf of clients, but we thought, ‘God, there is still so much wastage.’ And we wanted to do more.” Her opportunity came earlier this year, when Anne was able to negotiate the lease of an extra 12ha (30 acres) of grazing right across the road from her house. Anne and Sherel began taking on more horses from the sale yards and established an official horse refuge, the Horse Shepherd Equine Sanctuary, a place dedicated to rescuing, rehabilitating and rehoming unwanted horses. So far they’ve saved 60 horses’ lives. 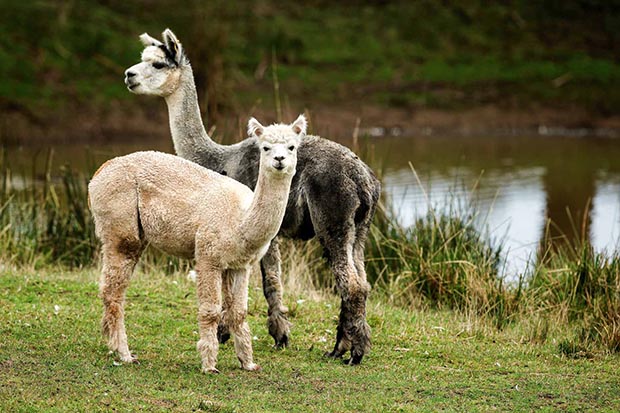 These days all of Anne’s free time revolves around the farm and the animals. Even with the help of her younger son James, her days pass in a whirlwind of feeding, fixing fences, cleaning pens, working the horses – the list seems endless. Avid multi-tasker Anne has been known to combine the responsibilities of her daytime job and the farm chores in some very amusing ways. “Not long ago I was at a conference in Manila, and one of my colleagues said to me, ‘I can never forget that conference call we had, and all I could hear was swish, swish’ – that was me milking the goats while talking on the phone.” 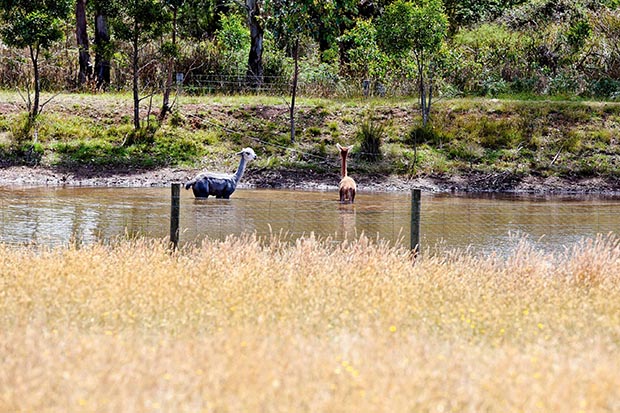 When asked how she juggles the commitments of the farm alongside a demanding career, she pauses to think. “I used to be really career focused – I’m not saying that I’m not anymore, but I think you make way better decisions in life when you have a balance. And if it’s heavily weighted in one world, that world becomes everything you base your decisions on. These are two such contrasting worlds – I love going into work, but I really like the country, because it’s so slow, frustratingly slow at times, but so different, the pace is different. The animals are not checking in or checking out, and so I think my decisions on both sides are much better. I think because of being around the animals I am able to make good business decisions – I know good balance. “And the other thing I have learned is that you can’t do everything. For instance, today I would really like to be out in my vegie garden, but maybe I won’t get to it today. Whereas before, I would just have to do that, or I would get really anxious.” Even photography, another one of Anne’s great passions, has taken a backseat to the needs of the farm. It was one of the business ideas that Anne toyed with when she bought her lifestyle block. “… have a variety of animals, so that if people wanted to have their kids photographed you could put some hay in there, and you could put some chickens. That may still happen, but now the animals have become important in their own right.”
The biggest challenge for Anne is the loss of the precarious balance in her routine when things go wrong. 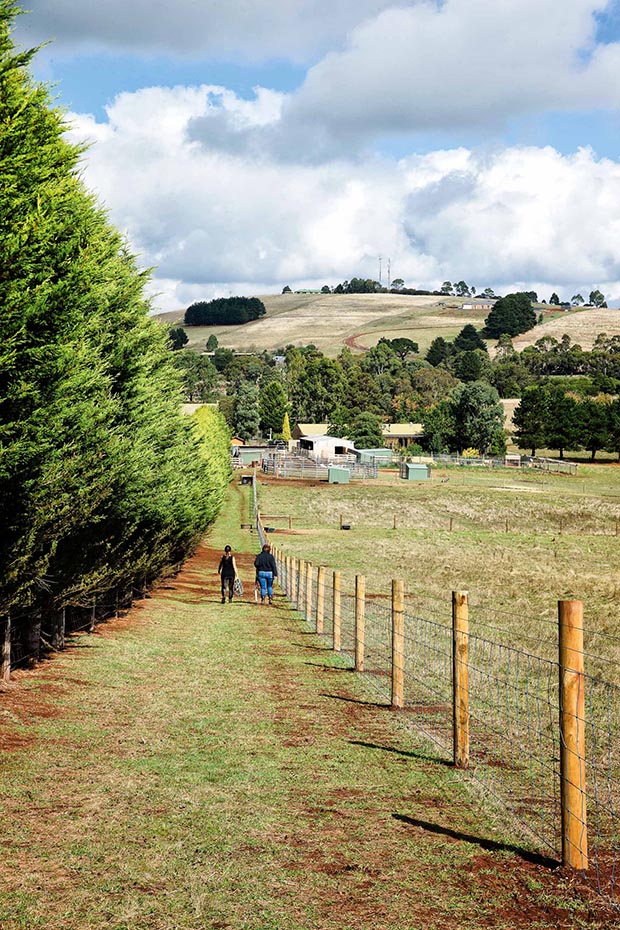 “Anytime we get a new animal, I think ‘phew, we are not getting any more, this is it’. And then they become normal, and you get into a routine, and you get them trained. And then one of them will get sick, and invariably it will be a goat because goats get sick like nobody’s business. And it just really throws you out of kilter and puts a lot of pressure on. But it’s rewarding too, when you can bring them around.” The rewards of this lifestyle are obvious on looking around Nine Lives Farm, and surveying the beauty of the landscape and the sloping contours of the paddocks fringed by lush trees. 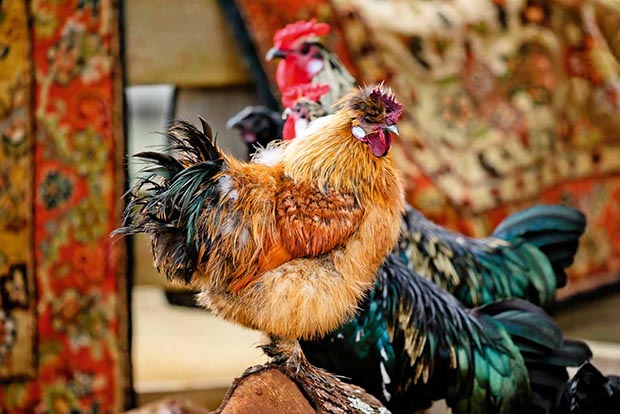 It is also obvious on seeing one of the small-hand raised goats following Anne around, or the rescued miniature horse boldly named Kudos who spent his first few weeks hiding in a corner of his enclosure, and who will now slowly trudge over to Anne to let himself be patted. “It’s interesting, because that whole journey these last two years has been a kind of a wandering,” muses Anne. “I know I can’t save all the horses, but it feels like it’s the right thing.” As the sun goes down over Nine Lives Farm, casting long shadows over the quietly grazing horses on the hill, it certainly looks exactly like the right thing.