The gin gardener: This organic ‘gin garden’ in Hastings is brimming with botanicals Most of the botanicals for the award-winning spirits she makes with partner David Ramonteu, come from this special garden, where biodynamic practices produce what her sensitive nose and trained palate tell her are the most intense flavours.

She and David started their gin project four years ago, wanting a new challenge after working in the wine industry for most of their lives. David (pronounced Dah-veed) grew up in a wine-making family in the south of France. Together, they’ve created wine brands and still work in the industry as consultants.

But their new passion is crafting spirits and liqueurs for their business, Hastings Distillers, and their first efforts have been spectacular successes. Gin judges in NZ and at the illustrious International Wine & Spirits Competition can’t stop raving about them. Kate says she and David tasted all the botanicals ‘blind’ so they could note the flavours of the plants without prejudice.

“The joy for me is discovering all the nuances of flavour in the botanicals,” says Kate, who uses her remarkably sensitive nose to sniff out the best ingredients. They blind taste-tested every botanical they use to ensure they had no preconceived notions and quickly discovered that their palates and noses far preferred organically grown ingredients.

That discovery inspired Kate to create a gin garden. She had help from biodynamic grower and friend Clare Buckner, who had some spare space on her block, a few minutes south of Hastings, and local biodynamic gardener Jen Speedy.

“We’ve always had an interest in biodynamics, and therapeutic and medicinal herbs, so it was combining those things that was the attraction to gin making. Organics is important, but actually helping the earth through biodynamic practice is even more important, and there’s no comparison really, how that translates in the intensity of the finished product.”

The gin garden is getting bigger every year, but Kate sources some herbs from other local biodynamic growers. “For example, we use chamomile that’s grown at Hohepa Gardens, and they’ve used biodynamic practices for decades. Their chamomile is so unbelievably intense. Chamomile from somewhere else almost feels like it’s three or four years old and has lost all its aroma.”

Gin’s base is a neutral-tasting, pure alcohol which takes on the flavours of added botanicals. Kate and David chose a plant-based 96% proof alcohol instead of the more commonly used whey type.

“When we started, we looked at the base spirits available, and we (tasted) it blind so we weren’t biased. The ones that stood out were all organic.”

The primary botanical is the dark purple juniper cone (known as a berry), which takes 18 months or so to ripen. Juniperus communis is an evergreen shrub or tree that’s not common in NZ, so the couple source organic berries from their contacts in France. 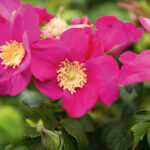 A few of the botanicals from Kate’s gin garden, include roses. 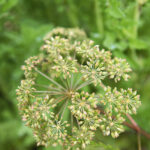 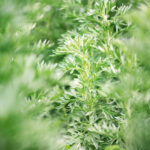 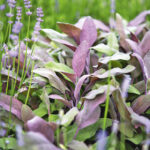 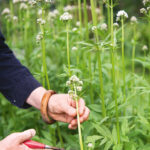 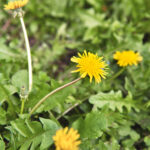 “I did find some New Zealand juniper which was really exciting,” says Kate. “Juniper is a conifer, so it should grow really well here, and it’s probably just where it was growing, but it was absolutely hideous when it was distilled.

“The fresh juniper tasted really amazing and I thought, ‘oh wow, this is going to be our point of difference, it’s going to be incredible.’ But no, it wasn’t.”

Gin also traditionally includes citrus, which Kate sources from a local biodynamic orchard. “We didn’t want to deviate from (tradition) too much because you want it to be recognisable as a gin.”

The big brands around the world use a lot of synthetic colours in their products. Kate, Clare, and Jen experimented with growing edible dye plants to get some natural colour.

“I’ve found some that do a great job, but the odour isn’t that great (after distillation). We tried Texas tarragon (Tagetes lucida) which has yellow flowers, and Lady’s bedstraw (Galium verum) which forms a thick mat much like a bed. Its flowers have an amazing colour, but it gives off a strong odour of walnuts – it would be great in cheese I think.” 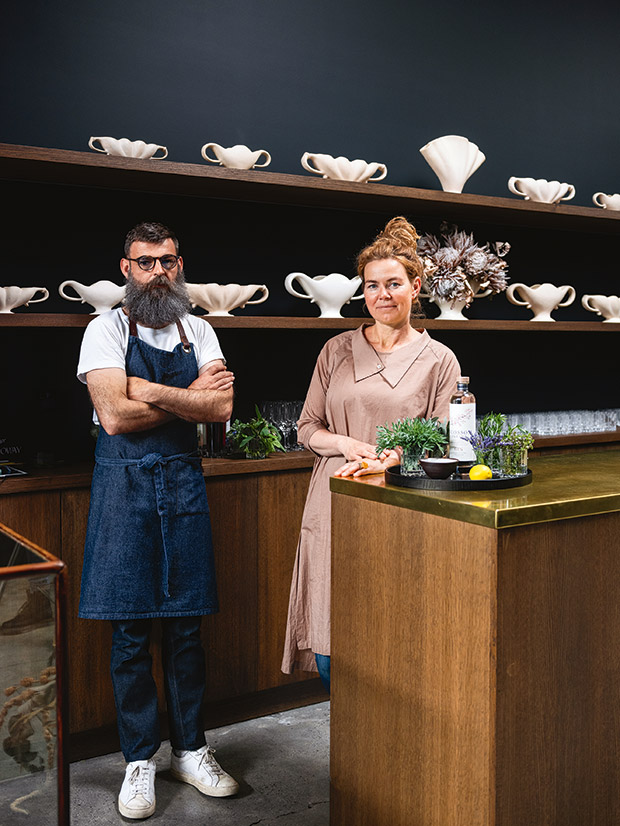 Another experiment used rose petals, and started well. “With spirits, you’re never quite sure how things are going to react or last, what’s going to happen in the absence of oxygen (once ingredients are submerged in alcohol). I added some beautiful rose petals and it made (the gin) such an amazing colour, but unfortunately it went from a beautiful ballet shoe pink to a slightly pale salmon-orange.”

Another promising plant that didn’t make the cut was a massive Linden lime in their garden at home. “The smell of them is quite lovely and very fragrant but distilled they smell like fish. There’s lots of things like that which don’t make it.”

Rows of lavender were the first to be planted, and one was a clear winner. “It’s a variety called Violet Intrigue, it’s really aromatic and has been amazing, so we’ve doubled our plantings (since then). “I’ve tried other lavenders, and I distilled quite a few before deciding on this one. It’s just really expressive, it has a lot of passionfruit characteristics in it which I like, and which translates really well (into the gin). The colour is amazing. I liked the name too, it sounds like a Cluedo character.”

Angelica root is another traditional gin ingredient, and it had a big impact on Kate. “It’s just incredible. The root oscillates between being incredibly floral, but also tending towards savoury characters depending on the day, the time, their ‘mood’, what you’re using with (the root), and what (flavour) you’re wanting to accentuate.

“I just love the smell. You get it on your hands when you’re harvesting, and you’ll still smell it two days later.”

Unlike most plants, where they use only the leaf, root, or flower, Kate says they use all of the feijoa. “The fruit, the leaves, even the stems. I’ve pretty much crushed the leaf of every plant that grows in this country, and people don’t realise that the odour from a feijoa leaf is absolutely intense.” Once distilled, feijoa fruit smells and tastes caramelly – “like feijoa brulee,” says Kate – but the leaves are the unique, hard-to-describe pineapple-strawberry feijoa taste.

“It’s quite a pure translation of the feijoa itself, but also tending towards pine. That’s one of the surprising things we found during tasting. We were tasting blind, and often it’s really obvious (what you’re trying). (Tasting blind) allows you to open your mind to descriptors that you wouldn’t give something normally if you were aware of what you were tasting. The feijoa leaf featured heavily in the pine character, citrus, and some floral as well.”

One of her newest additions to the garden is meadowsweet (Filipendula ulmaria), a tall-growing, fluffy-flowered herb traditionally used to flavour jams, wine, beer, and vinegar. “I love it, but it has a peculiar flavour, and I need to find (a use) for that.” When we spoke to Kate, she was unsuccessfully harvesting hips from the rose plants which climb through the garden. “I’ve just been eating them all, they’re so delicious.”

One thing you won’t find – yet – are any native botanicals. “We’re not going out of our way to include any New Zealand botanicals – we will if we think they will enhance the product, but we’re not doing it for the sake of it.

“We’ve always maintained that the way we’re showing our product is unmistakeably New Zealand is from its terroir, that things grown here in a macro or microclimate are really indicative of their place.”

A LITTLE DASH OF PEPPER

In a still holding 150 litres of ingredients for a batch of gin, Kate and David add just 1.25g of Sichuan pepper (Zanthoxylum simulans). Once dried, the citrus-pine-flavoured peppercorns quickly numb the tongue, which is why they use so little. 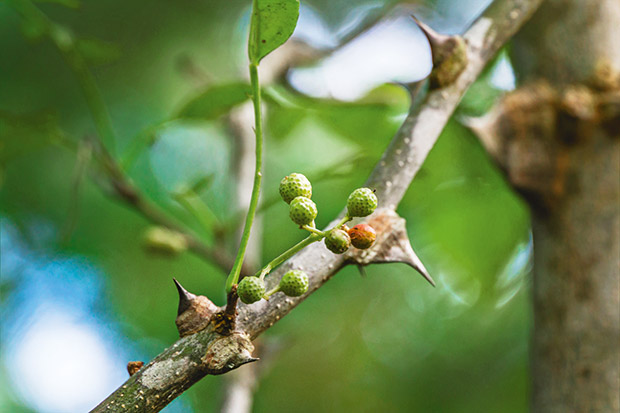 It’s an incredibly thorny tree, so much so that nurseryman Peter Cave recommends putting it somewhere out of the way and only visiting it in autumn to collect the berries. Peter sells plants online, and they’re also available at the Waikato Tree Crops annual sale in July at Hamilton Gardens.

Kate and David also use timut pepper (Zanthoxylum armatum), a close relation of Sichuan pepper. “It’s one of my favourites,” says Kate. “The main thing is it’s so citrusy, it’s really incredible used in Asian cuisine too.”

Biodynamics is a form of organic agriculture prescribed by Austrian philosopher Rudolf Steiner in the 1920s. Many of the practices he outlined are the same or very close to standard organic methods. Where biodynamics differs is in the requirement to use nine preparations (numbered 500-508) that practitioners believe improve soils and crop quality.

Preparation 500 is the most common, a mix of cow manure packed into a cow’s horn, then buried in a rich biodynamic topsoil for 4-6 months. Once dug up, it’s rhythmically stirred in clean water, and sprayed over the soil.