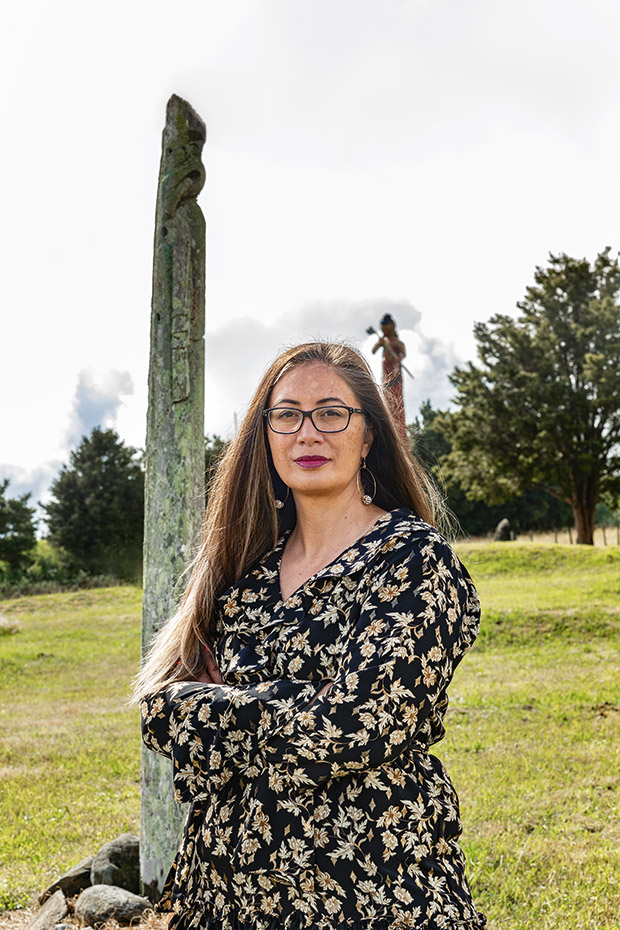 Hūhana Lyndon, previously a vocal critic of the Ngātiwai Trust Board, is its new chief executive.

I descend from the many tribes of Whāngārei and Northland. Ngātiwai, Ngāti Hine, Ngāti Whātua and Ngāpuhi are my iwi (tribes). I also have strong affiliations to the tribes of Tainui Waka (Waikato Tainui).

WHAT IS YOUR CURRENT ROLE?

Before this appointment, I was the chief executive for Ngāti Hine Forestry Trust, where I enjoyed my mahi (work) and imagined being there for another five or so years.

I was also a close observer and participant of the Ngātiwai Trust Board, attending its annual general meetings and challenging its push for a treaty mandate and financial performance. When my kaumātua (elders) asked me to consider the raukura (leadership) position with the iwi, they pitched the growth and development at a governance level, and I decided to give it a go.

WHO AND WHAT WERE THE MOST FORMATIVE INFLUENCES IN YOUR LIFE?

I am the eldest of Pierre Lyndon and Lisa Davies’ four children. Each of my parents has very strong whakapapa connections across the North. That knowledge of who I am through my parents and how I connect to the iwi (people), regardless of which tribal rohe (territory) I am in, is very important. Through their respective mahi, such as my father leading the Ngāpuhi Wānanga, I’ve benefitted from knowing many of our influential tribal leaders before they passed.

More stories you might like:
This family’s 4ha market garden is taking off thanks to their fresher-than-fresh veggie boxes

We were raised in Pīpīwai Valley, (west of Whangārei), where I had the opportunity to be a part of the first kōhanga reo generation benefiting from being raised in te reo Māori as well as being groomed about the importance of education. Growing up on the marae, we had a disciplined upbringing, focused on sports and training. 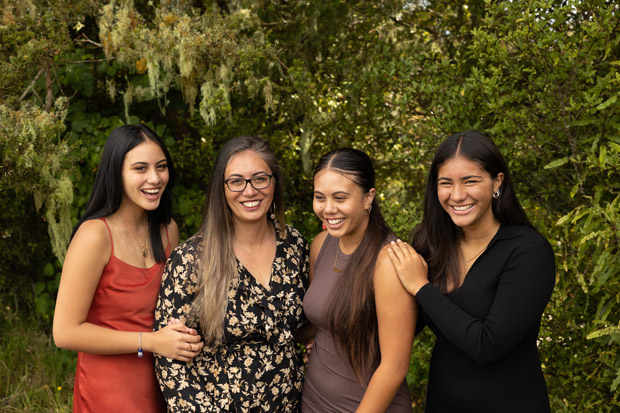 My father also worked in the early days of Te Karere (television Māori news programme), and we’d travel with him around the country, so I got to do exciting things like the Tira Hoe Waka down the Whanganui River and meet with the Māori Queen, Dame Te Atairangikaahu, a few times.

Getting to be my father’s sidekick, seeing the work of his generation and the likes of Derek Fox and Tukuroirangi Morgan with Māori broadcasting was great and helped shape my worldview.

From the generation of our elders through to myself through to my three daughters Waikamania (17), Waimirirangi (15), and Keakealani (12), we are the example, and it is through us others will learn and be influenced. That is something that I’ve always taken to heart — how do we use our influence for good?

HOW DID YOUR LEADERSHIP EVOLVE?

My professional pathway started in education after graduating from Victoria University. Then I made my way into public health and health promotion but gravitated back to adult and tertiary education. Here, I developed my management expertise while gaining my post-grad qualifications in education. Having a strong people and capability lens has been my focus.

I was also active on a few Māori land trusts for more than a decade. It was in a voluntary capacity, but it inevitably led me to the opportunity of becoming the chief executive for Ngāti Hine Forestry Trust, the biggest Ahu Whenua Trust in Tai Tokerau (Northland). 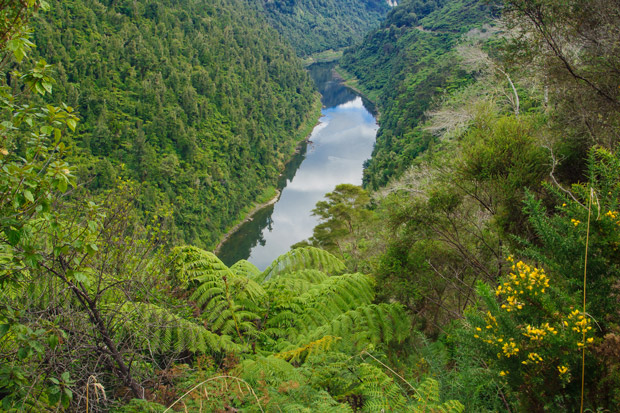 I took this as a nod of support from my elders because we often lean on Pākehā expertise for these commercial roles, and I was conscious they were taking a punt on someone who hadn’t had much commercial experience. The opportunity helped me lift my game commercially and enabled me to reframe how the trust operated in terms of people capability, innovation, and research.

During my time at Ngāti Hine, we introduced industry-based training for them on the land because, ultimately, we want our people not just to do the planting, picking, or packing but manage the industry. With that experience behind me, I have also been appointed to the Forestry Ministerial Advisory Group.

WHAT ARE YOUR PEOPLE’S GOALS?

My pōwhiri at Mōkau Marae, Whangaruru (on the east coast north of Whangārei), in July 2021, was humbling. About 300 people attended. To see the different tribal leadership from across Tai Tokerau there, along with representatives from the various sectors, was a testament to how far we have come in recognizing our collective strengths rather than our differences.

For Ngātiwai, whose tribal boundary stretches from the Bay of Islands to Auckland and across five district councils, to have a meaningful impact, we need to work hard at providing some positive outcomes for our people.

By establishing our authority in terms of our connection to our ancestor Manaia, who we acknowledge as he sits out in Whāngārei Harbour, our relationship with Great Barrier Island and our whanaunga (relatives) there, we know we have suffered some significant losses due to the Crown’s actions. Now we find ourselves trying to protect the little bits of whenua (land) we have left because of successive legislative changes.

Nevertheless, I am clear about my remit, which is to consult with our people and create a roadmap to deliver Te Marae Moana o Ngātiwai. The focus is on developing our people, strengthening our capability and affirming our rangatiratanga (sovereignty) over our tribal territory.

WHAT CAN OUR READERS SUPPORT?

One of the key tenets tribes of the North stand by is that they did not cede sovereignty to the Crown. Recognizing the complex nature of the Crown-driven process in terms of treaty settlements would mean readers would be better informed on how to connect with iwi aspirations.

Ngātiwai Trust Board represents the marae and hapū from the east coast of Rākaumangamanga (Cape Brett) to Mahurangi, across to Aotea/Great Barrier. It has commercial interests in Oceans Resort Tutukaka, Ngātiwai Fishing, and commercial real estate in Whangārei and surrounding areas. ngatiwai.iwi.nz

Ngāpuhi Wānanga are annual workshops held to teach Ngāpuhi descendants their whakapapa (lineage). Ahuwhenua Trust is a common land trust designed to promote the use and administration of one or more Māori land blocks or general land owned by Māori on behalf of its owners.