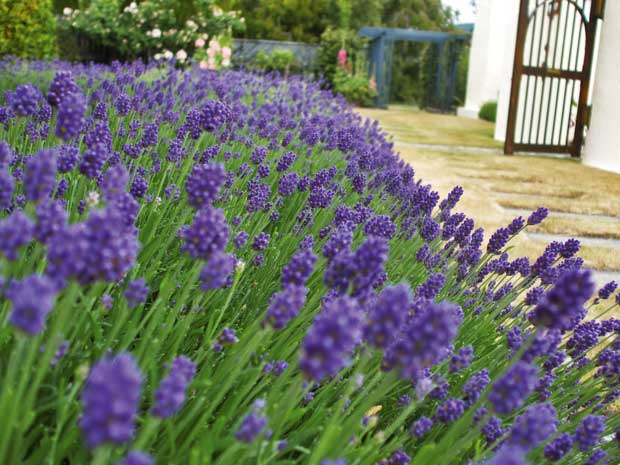 Thumbelina was a chance find in Elsie Hall’s lavender crop back in 1992.

There aren’t many plants you can grow that don’t require time and money, and usually lots of both. But this old-fashioned plant is taking on new business.

There aren’t many people in the world who can say they have millions of fans, and Elsie Hall – part-time artist, lavender enthusiast – who lives on a block in a quiet little village in the Wairau Valley doesn’t look like a rock star.

But her patented plant creations are the celebrities of the lavender world, sold in high numbers every year. Her big star is Thumbelina Leigh, a little plant that grows to just 40-60cm in height in a round, compact shape and blooms its heart out, producing lots of strongly scented flowers.

Elsie found it as a cross-bred plant growing in her crop back in the early 1990s, recognised what a great option it was for gardeners and began to propagate it. But it wasn’t until she took part in Maggie’s Garden Show in 2002 that the world heard about it.

The result was Elsie got an agent, Morten Damstad of Kiwiflora. Thumbelina Leigh was patented, and Morten’s work with nurseries worldwide saw it become an instant hit. 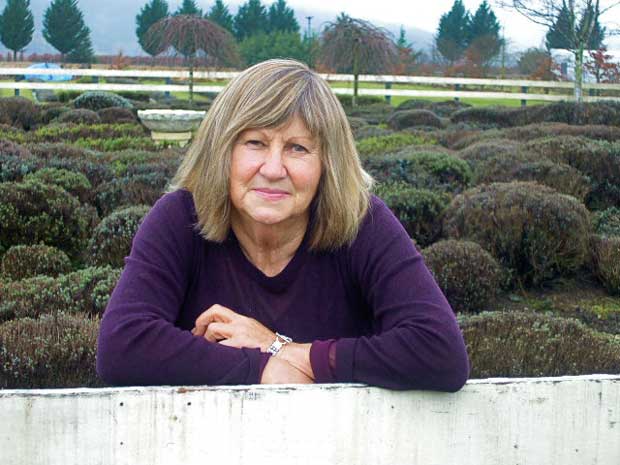 Elsie Hall of Leighvander Cottage in the Wairau Valley, 37km west of Blenheim.

“I think I’m really lucky to have met (Morten). If it wasn’t for the Maggie Barry show coming to me, he would never have known what I was trying to do. I have no knowledge of overseas marketing and it’s so totally different, every country you need to have a new patent to protect your intellectual property, which is what the plants are – they’re my property so there are people employed who make sure nurseries are not taking advantage of your plant and renaming it. A royalty is paid on each plant which we receive, it is very regulated.

“She’s an excellent variety to market because of her early flowering… they can shift her around the world very quickly because she’s so compact… and also they can move it in volume in huge amounts – I can’t give you the figures but they’re absolutely huge.” 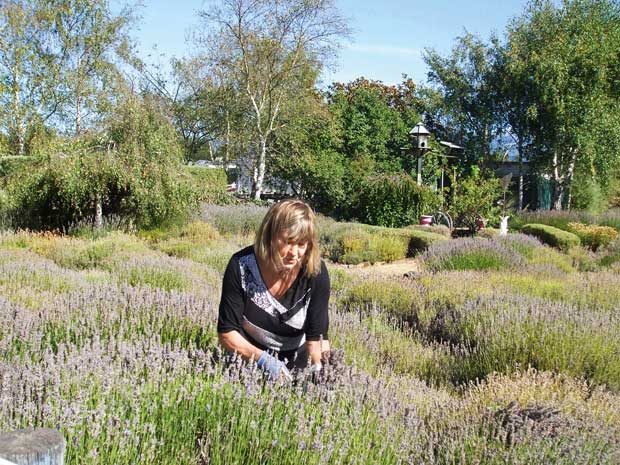 Elsie took up growing lavender 25 years ago after she moved to the Wairau Valley. She joined the NZ Lavender Growers Association, planted out dozens of varieties of lavender in all colours – from shades of lavender and purple to white and yellow – eventually ending up with over 150 different types. She now mentors other growers, including fellow lavender grower Leonie Rouse (see below).

“She’s mad on lavender,” laughs Elsie. “She’s like I was in the beginning in terms of wanting to have everything!”

That need has waned now says Elsie as she and husband Brian believe they have accomplished almost everything they set out to. They grew award-winning oils for many years, but Elsie has now downsized the collection to a show garden of the plants she loves most.

“We no longer need to do all that, we’re concentrating now on my plant varieties and also other things in life. The hard work is done and now we reap the benefits.” 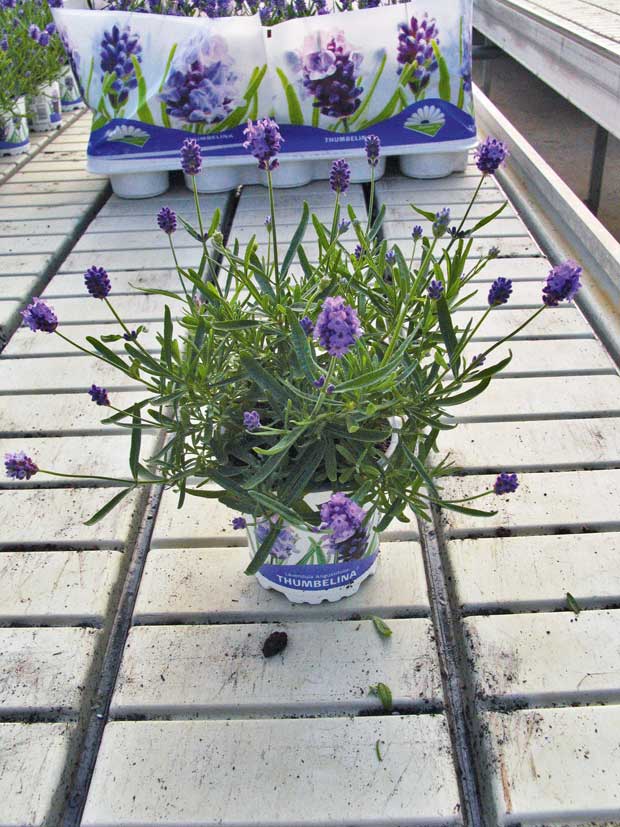 The sale of each plant means a royalty for Elsie.

She’s not resting on her lavender laurels though. Elsie and her daughter Vanessa run a company which sells wholesale skincare creams and lotions which contain plant extracts and oils including avocado, evening primrose, sesame, almond, honey, lanolin and rosewater.

“There are 25 items in the range; we make the base product – Vanessa makes some of the base product in Christchurch and the rest is made here – so a lavender grower may want 20 litres of hand cream so we provide that and then they add their own essential oils and do their own packaging.” Then there’s her own range of plants. Elsie has six New Zealand patented varieties, two varieties that are in the USA (not in New Zealand at this stage). She is releasingtwo more, and there are three more under trial. It’s a welcome passive income says Elsie.

“We are not getting any younger and the hard work has paid off so it’s now about it coming back to us. If you’ve got something that is unusual and has ornamental value, that’s half of it and the rest is how to market it and having somebody reliable and in tune with you to present it.

More stories you might like:
How busy worms can turn a profit (or at least, a lot of good compost)

“Another wonderful thing about the plants is being able to name them. I have one named after my mother, one after my daughter, one after a close friend, and I’m hopeful to include my two beautiful granddaughters, Leila and Belle, that’s a lovely legacy to be able to bring about.

“I’m really, really rapt that I’ve been able to do it, it’s just believing in myself and loving the fact I was given the opportunity to do it. Thumbelina is propagated in Vietnam and then sent around the world.

Elsie Hall is a huge inspiration to a newer grower like Leonie Rouse, and now she’s working with it, she has discovered she loves lavender more than ever.

“We have a lifestyle block and we had goats and sheep and chooks, you know what’s it like. Then I read an article and it was all about Elsie’s lavender and how she started off and that’s what got me going. I just thought it was a plant that I’d love to work with and it is, you get out there and you work with it and it feels amazing. The smell… and even in winter the plants look good.” 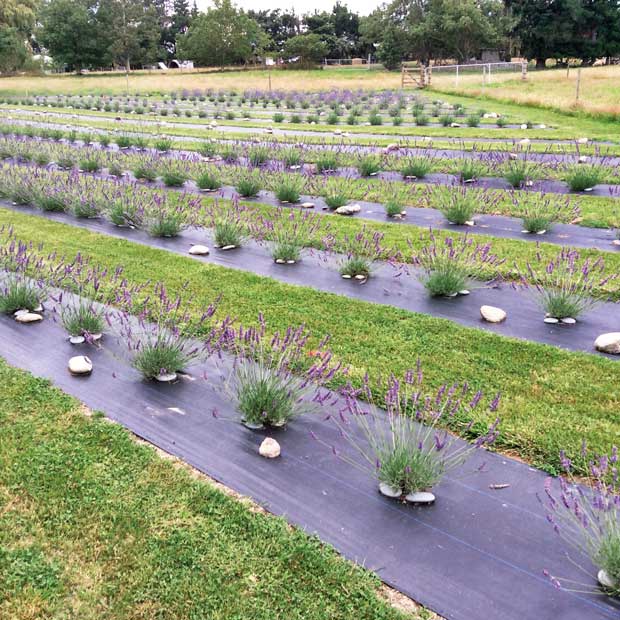 Leonie has around 1800-2000 plants – “it’s what you would call a large lavender garden” – and while she chose a north-facing site with free-draining soil, she was also aware if she wanted to attract visitors to buy lavender oil-based products, it was no good hiding away the glory of lavender in full bloom. That’s why her crop lines either side of the driveway and smothers a roadside paddock. There’s also a display garden of the 60 purple, blue, white and pink varieties Leonie has collected, all selling itself to people driving past.

“It’s not even half an acre, not a big area, but enough to mow. I love looking at lavender farms and I thought other people might too. We love it, I love people’s reactions, people who come in are people who love lavender and they love wandering around.” 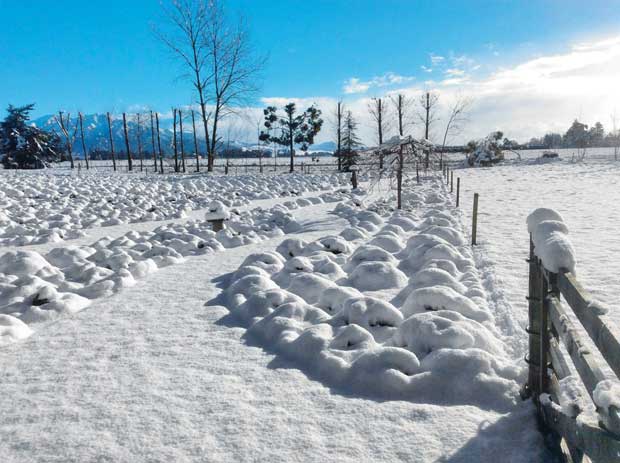 Each year, Leonie and husband Trevor harvest their small crop by hand, Trevor slashing down the flowers with a sickle. Then they get in the car and drive to Amberley to visit distillers Keith and Charlotte Brown. Within an hour of arriving, they’re on their way home again with a bottle of oil that Leonie will use in her hand-crafted soaps, lotions, balms and other products over the next year.

“Grosso has a huge yield. If I had 100kg of Gross (flowers), I would get over four litres of oil; if I did the same for an English I’d get probably 1½ litres, so for sheer volume you go for Grosso. I would say selling through markets, 80% of my sales are for Grosso. It’s because it has the camphor in it and people like that, but it’s preferential, everyone is different.” 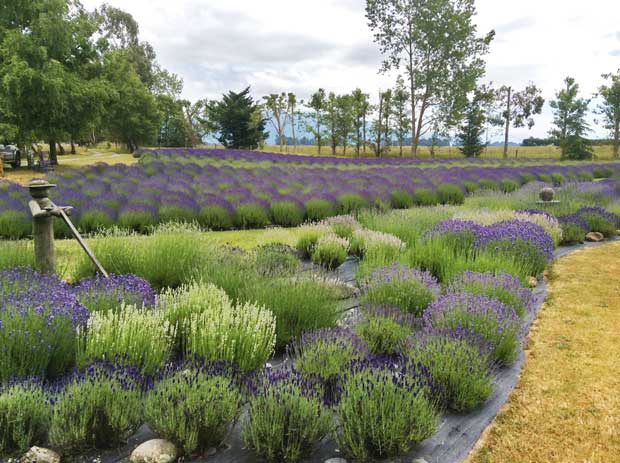 Essential oil, distilled from the flowers of lavender, is a niche product coveted by consumers all over the world. New Zealand’s growers are based on small blocks, but that can still mean thousands of plants producing litres of oil and a lot goes a long way: just a drop of oil is enough to create a beautiful fragrance in a wide range of craft products.

Some growers sell their oil as a wholesale product, others use it as a base for their own ranges of hand-made products: soap, face creams, hand and body lotion, sleep aids, scent wheat bags and other products, selling them online and at local markets.

1 Lavender doesn’t take up much space, and doesn’t require big infrastructure costs at start-up but even if you want to go bigger the equipment required is only a tractor (or ride-on mower) and harvester.

2 Get the right conditions and you can produce world-class oil, and do it organically for a premium price.

3 Plants can be harvested from their second year and if properly cared for will produce for 10-15 years, depending on the variety.
4 There’s a network of growers in the NZ Lavender Growers Association who run pressing services – it takes just a few hours to distill the oil.

5 Lavender can be sold as a dried flower, for culinary purposes, distilled into essential oil and sold wholesale, or used in a wide range
of natural products.