A sip of elderflower lemonade changed the trajectory of two bakers’ lives. Pete and Marleen Suy swapped their whisks for lemon squeezers and haven’t looked back.

Something always felt a little out of place in Pete and Marleen Suy’s Richmond bakery. Homemade strudels, scrolls and nutrient-dense bread lined their cabinet, lovingly prepared in the wee hours of the morning by the couple. But a glowing red Coca-Cola fridge loomed in the corner of the bakery.

“We’d always offered drinks, but it never sat quite right with us. It felt like a contradiction of our values because everything we were making was handmade and from scratch, and then there were these rows of soft drinks,” Marleen says.

The couple (originally from Belgium) believed their customers needed a low-sugar, locally made drop to complement their baked goods. “We were surrounded by growers and orchards in the Tasman, with fruit dropping on the ground, there was so much,” says Pete.

So, it was serendipitous that at a friend’s party in 2009, Pete was poured a glass of homemade elderflower lemonade. It was their lightbulb moment, and they ordered a 200-kilogramme crate of local lemons the following week with which to experiment. “Our bathroom was bigger than our kitchen at the time, so there we were, squeezing all these lemons into big plastic containers.” With pulp stuck to their skin and blisters blooming on their palms, the couple shared a look that confirmed there was no turning back. With no access to elderflower, Pete improvised and experimented with local Tapawera hops. “It added some bitterness to balance the sweetness of the drinks, and it has a bit of a calming effect too.”

The lemonade was left in containers for a few days to ferment lightly, and minimal sugar (fair-trade) was used to sweeten it. Three lemon squeezers were broken in 10 hours’ worth of juicing and, even then, they’d only produced a small batch.

More stories you might like:
Behind Bleubell Macrame: Meet the Taranaki mum who's bringing back macramé in a big way

Nonetheless, Pete’s Natural Sodas had taken form. Their neighbours gulped down a pitcher enthusiastically and confirmed the couple were onto something. So Pete called McCashin’s Brewery in Stoke and asked it to bottle 1000 litres of the couple’s new lemonade.

An industrial-sized Italian fruit squeezer was purchased, and sleeves were rolled up after hours in the bakery to produce enough to fill 3000 bottles. “We thought: ‘How are we going to sell all of these?’ But in that first week, we sold more of Pete’s lemonade than we’d sell in a whole month from every other drink in there,” says Marleen. Nelson market-goers became the business’ first taste-testers. The Suys’ regular stall sat next to Pic Picot (of Pic’s Peanut Butter, see NZ Life & Leisure, March/April 2017), whose own empire hadn’t yet taken off. Their Classic Lemonade quickly gained customers’ tick of approval at the market and A&P shows across the country.

Flavour experimentation followed. “A recipe isn’t always easy to develop, especially when you’re trying to make sure it’s healthy and New Zealand-ingredient focused, but Pete is good at that,” says Marleen. Pete’s background as a baker constantly experimenting with flavours offered him an upper hand.

Currant Crush, made with Nelson blackcurrants (the region grows about 400 hectares of the fruit each year), was first on the list, freshly crushed by their supplier. Lime-O-Nade (made with Tasman limes) followed.

Pete and Marleen were determined to keep things natural and avoid concentrates or additives. Most multinational giants use concentrates to flavour their drinks, but Pete’s sodas are made with juice fresh from the fruit. “We didn’t want any chemicals,” Pete says. They were pioneers of low-sugar sodas — the couple says that people then didn’t care half as much as they do now about the sugar content in food but using minimal amounts of processed sugar has long been a value of theirs.

“There was a lot of emphasis growing up in Belgium on things being homemade with fresh ingredients, so we’ve always had that mindset,” says Marleen. Pete’s Natural Sodas contain 30 to 50 per cent less sugar than other leading brands on the market.

New Zealand-grown, spray-free ingredients are at the core of the sodas’ making. The brand has expanded over the years, with 11 flavours, including a Beetroot Mānuka Lemonade and a recently launched Hemp Sparkling drink.

Hemp tends to have an earthy flavour, but they’ve managed to balance that using Nelson honey and no other sugar, says Pete. A Lemon and Mānuka Switchel diversified the carbonated line-up further (switchel is a soda with an apple cider vinegar base). 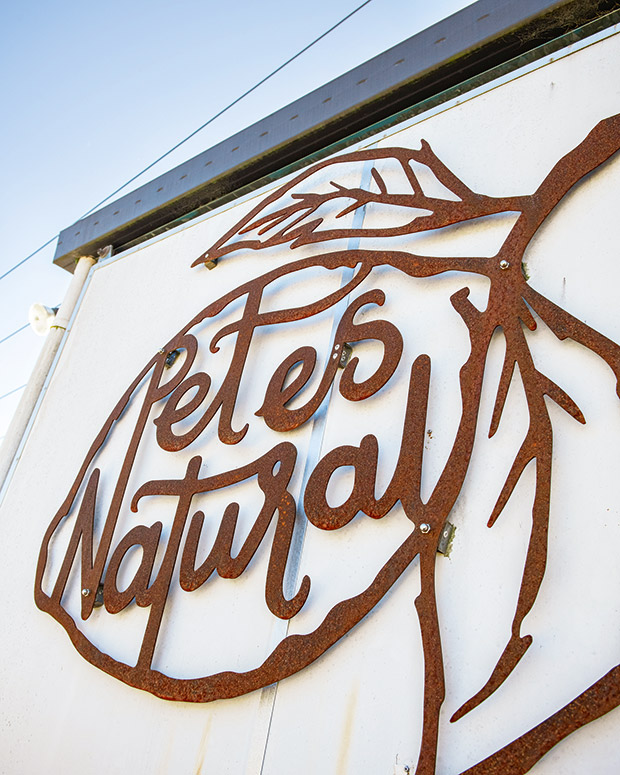 Sales and production ramped up when Pete and Marleen sold their bakery in 2012, 18 months after the first round of lemonade hit the bakery fridge. At this stage, they had about 150 stockists on board, mainly cafés around the country. “It was a side business until then, but once we changed that, we were able to grow more. Contract bottling isn’t always easy, so we wanted to set up a factory,” Marleen says.

Finding a production facility in Tasman was challenging, but a site that used to manufacture granola bars came up in Motueka in 2016. “It was financially challenging at times, with a lot of sleepless nights. One of our learning curves was being aware of cash flow; a bakery is all cash sales — what you make in the morning, you sell that day. Buying ingredients for the lemonade, selling stock, and waiting for money took a bit of time to get used to,” says Marleen.

Pete’s Natural Sodas has expanded to a team of eight, with Marleen managing orders and marketing alongside three others in the office and Pete overseeing production in the factory. They produce about 6000 bottles a day, with 800 stockists across New Zealand. 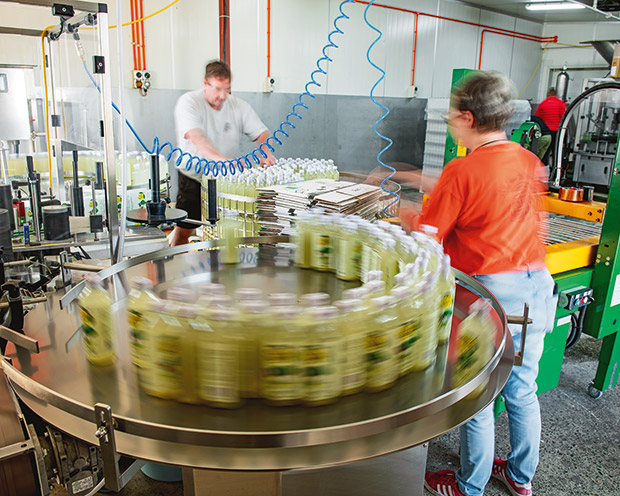 In 2021, sales have grown 30 per cent compared with 2020, which the pair says is enormous. “Covid-19, of course, has been a difficulty, but we’re aiming to keep this growth up and get on with things,” says Pete. They’re proud to be a self-sufficient business. “We’ve preferred to grow slower, to know all our decisions are coming from us,” says Marleen.

Earlier in 2021, Pete’s Natural Sodas gained its first award — a bronze — at the Outstanding NZ Food Producer Awards for its Classic Lemonade. Twelve years after its original conception, it’s still their top-seller, responsible for a quarter of sales. The recipe hasn’t changed since its creation, though (thankfully) the pair manage to avoid hand-squeezers these days.

Lemons themselves have no known origin, but their earliest roots can be traced back to northwestern India. From there, they spread west to the Mediterranean and east to Asia. Lemons were used in Asia in flavourings and medicines and in the Mediterranean as an ornamental plant.

Citrus fruits such as oranges and limes resulted as the genus underwent various hybridizations and mutations. The earliest known evidence of people brewing up lemonade is in Medieval Egypt. A Persian poet made a reference to a drink called qatarmizat with lemon juice as its base sweetened with sugar cane.

In the 1700s, it arrived in Europe and surged in popularity, sold by street vendors in Paris and other cities. Its popularity in the Americas is linked to the growth of sugar plantations there. petesnatural.co.nz