Plant phacelia to attract beneficial insects to your garden Under the cover of the right plants lurk good guys who are weapons of mass destruction.

I discovered Phacelia tanacetifolia on a trip to the Biological Husbandry Unit (BHU) at Lincoln University in 1990 and it seemed too good to be true.

Even then it was touted as an outstanding insectary plant, so I sowed some and watched the bees make a beeline straight for it. However, it wasn’t bees I was after – it was the beneficial insects. I wanted the aphid killers!  At the time I was running a nursery without using chemicals so it was important to try and increase the populations of beneficial insects like hoverflies, lacewings, ladybirds and parasitic wasps. My horticultural students and I viewed gruesome video clips of mass aphid destruction from the Lincoln Entomology Department. We watched voracious larvae of hoverflies and lacewings chomp up aphids for dinner.

We witnessed parasitic Braconid wasps laying eggs by inserting a needle-like probe into aphids. Through the magic of time-lapse photography we saw the eggs hatch into larvae and demolish the aphids from the inside out. “Gross!” my students exclaimed, loving every minute of it. Although they looked monstrous in the video clip, in reality the adults of the parasitic wasp are quite small (2-5mm), just visible to the naked eye. In summer we were chuffed to find evidence of their destruction in our own plants, exterminated, parasitised aphids (‘mummies’) on the underside of basil leaves. The small, round, dry brown shells were all that was left.

BRINGING IN THE BRILLIANT LITTLE BEASTIES
To attract beneficial insects, it was recommended I plant Phacelia as an insectary plant. Insectary plants are plants with high volumes of quality nectar or pollen which make them highly attractive to the natural enemies of crop pests. Put simply, they are plants that feed the good guys.

There are more good guys in the garden than you might think. Depending on how much you have sprayed, they are probably already there. Strategic planting of insectary plants will attract a diversity of beneficial insects and increase their population, longevity and effectiveness, to the point that the balance is tipped in their favour which is good news for your food crops! 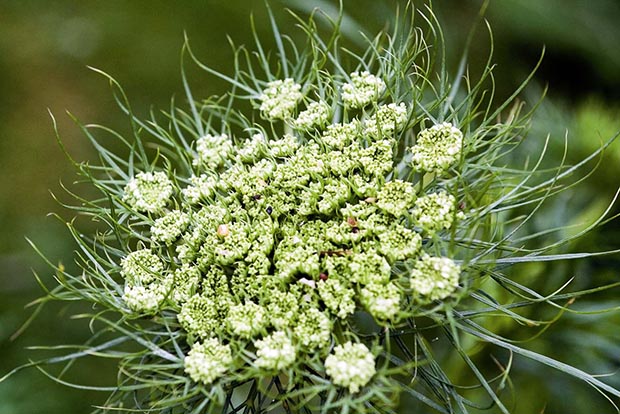 Phacelia or tansy leaf has high value as an insectary plant, providing protein-filled pollen for egg production, and nectar with carbohydrates for energy. It is among the top 20 plants for honeybees and is highly attractive to Syrphid or hoverflies whose larvae devour aphids, mites, scale insects and young caterpillars. Studies show increased hoverfly and parasitoid activity when Phacelia is planted with crops.

5+ PLANTS YOU NEED
Beneficial insects tend to have small mouthparts so they prefer florets or individual flowers with small, shallow corollas. They also like the flower to provide a big landing pad and the ‘Umbelliferae’ plants (with umbels or umbrella-like parts) such as coriander, parsley, chervil, dill, fennel, Queen Anne’s Lace and parsnip provide both. 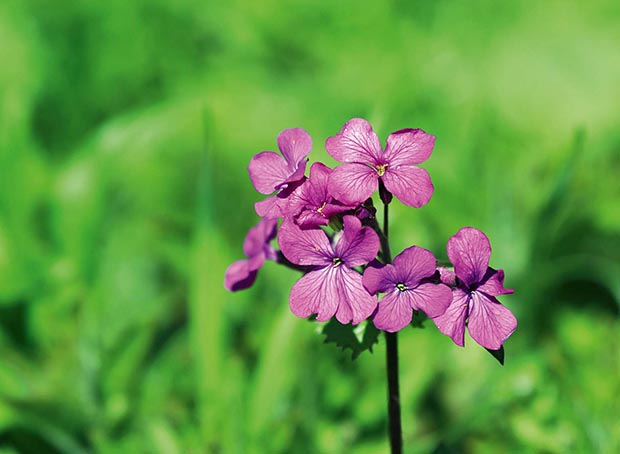 Numerous studies show increased activity of hoverflies and parasitoids in crops where these species are sown alone or in combination. The plants can be in strips, blocks, dispersed through the crop, or on field edges. 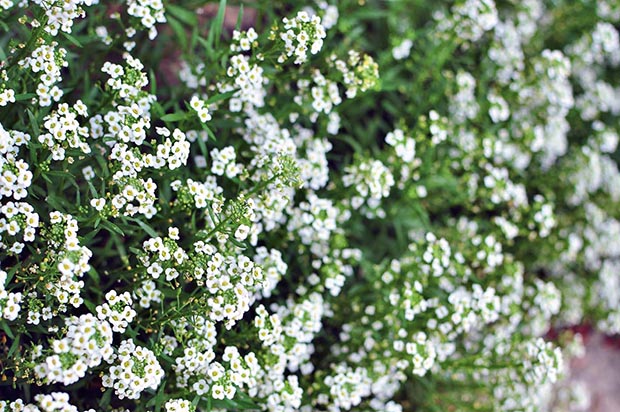 WHY PHACELIA IS MY FAVOURITE
Phacelia is native to the dry regions of the south-west United States and Mexico, and is sometimes called tansy or Californian bluebell. This vigorous, upright annual is adaptable to most soil types but grows best in dry soils. It ranges in height from 15-75cm.

Phacelia is a showy ornamental and cut flower. The flowers are unusual, with flat tops in shades of violet-blue and long whiskery stamens, and are held atop fern-like, light green foliage. It grows quickly in spring and autumn, flowering just 6-8 weeks from germination and continues to flower in sequence for up to two months. Phacelia is a long day plant requiring at least 13 hours daylight before flowering is initiated, and it prefers full sun.

Phacelia seed needs dark conditions to germinate. Its small seeds need to be covered by about 6mm (¼in) of soil. I prepare a fine tilth, as for a lawn, and rake the seed in (once established, it self sows). In spring it is one of the first seedlings up in our garden. Research shows seed germinates from 3°C and up to 20°C, so better germination is achieved when it is sown earlier in the season. Seed should be sown from 5-8kg per hectare, depending on conditions and how much weed suppression is needed.

The lower rate may well be adequate with cool soil temperatures, good seed coverage and irrigation after seeding. Germination may be reduced on wet, compacted soils. Germination of late-sown Phacelia can be improved by sowing it with a suitable nurse crop like buckwheat.

Buckwheat will germinate quickly and reliably, protecting the soil from erosion, and sheltering the second crop as it germinates more slowly. Other suitable nurse crops would be borage (Borago officinalis), cosmos (Cosmos sulphureus) and achillea (Achillea millefolium). 7 USES FOR PHACELIA
I have to confess I knew nothing of all this when I sowed my first crop of Phacelia seeds over two decades ago, but I was on the right track. Thinking a lawn on a slope would be a pain, I sowed Phacelia under our fruit trees instead. When the lovely violet-blue flowers were finished we chopped them down with the line trimmer and simply trampled the flower heads into the soil with our boots.

Lucky for me, Phacelia is fast to break down so it quickly composted. The shattered seeds germinated in the next rain and grew a nutrient-filled cover crop for autumn and winter. Admittedly there was an untidy period when the slashed Phacelia lay half dead on the ground, but the soil was covered and mulched over winter, and the following spring a whole new batch of Phacelia plants germinated to start the cycle all over again. Best of all, it gave the aphids and pests a jolly good fright, just as nature intended. 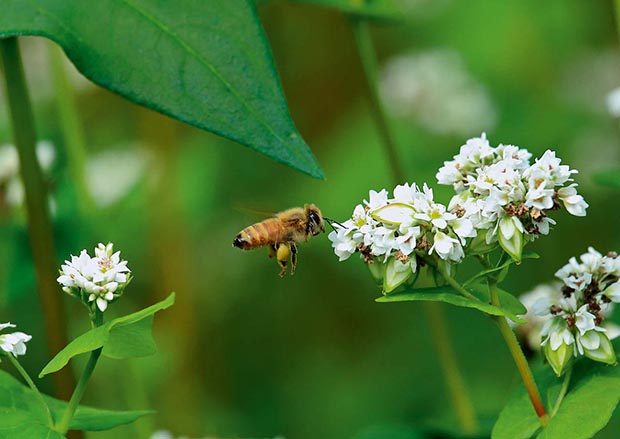 Buckwheat is a good nurse crop for Phacelia.

1. Plant inbetween crop plants as a green manure or as a cover crop in autumn. Research shows it has a high biomass, and does a good job of catching nitrates before they leach into groundwater, plus it also breaks down quickly, making it a valuable addition to the compost heap.
2. As a cover crop it should be sown early in the autumn and dug in before it flowers while stems are still green and soft, usually in late winter or early spring if it isn’t frosted (it frosts at about -7°C). Dug in at this stage it will give most benefit to soil structure, fertility and microbial action.
3. If you want it to be an insectary plant, it can be succession-sown or sown with other insectary plants such as borage (Borago officinalis), buckwheat (Fagopyrum esculentum), dill (Anethum graveolens), batchelor’s button (Centaurea cyanus) etc. Research shows that a mixture containing 40% Phacelia works well.
4. Permanent insectary areas can be sown and allowed to self-sow each year.
5. On our light soils, Phacelia under our fruit trees and in our herb borders self-seeds each year so we have no need to resow.
6. Phacelia is now being increasingly used as an insectary plant in vineyards. Research shows that Phacelia planted between rows in vineyards every tenth row or 30m apart can supply enough nectar to constrain light brown apple moth populations.
7. As a living mulch Phacelia will tolerate some foot traffic, but its quick breakdown limits its weed suppressant value once it’s dead. 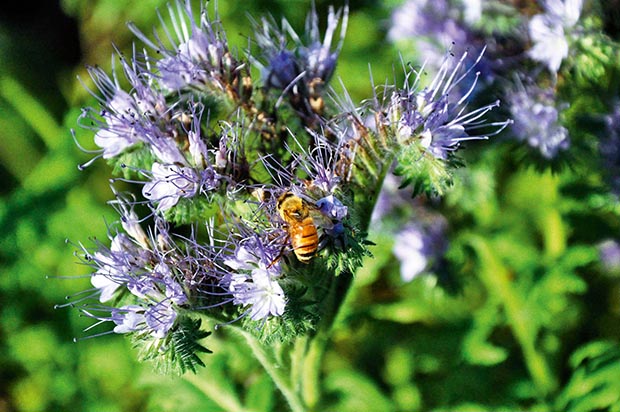 8 IDEAS FOR INSECTARY AND CROPS
1. Within the field or orchard, plant in strips or blocks, or as individual plants within a crop.
2. Outside of the crop field, plant in hedgerows, or in larger areas set aside outside the crop.
3. As cover crops, plant between crops or sow under crops during the season, eg between rows in a vineyard or orchard.
4. In managed weed patches I leave patches of weeds and useful ‘crop’ plants like mustard, coriander, dill, chervil, and brassicas to flower and self-sow around the vege and herb gardens. If I want to add Phacelia I just crush a few flowering stems onto the soil and nature does the rest. 5. Plant in early autumn as a cover crop, then follow with early potatoes in spring.
6. Use as a dead mulch around tomato or other veges.
7. Plant and dig in at any time of year as a green manure crop.
8. Enjoy in the summer border as a showy ornamental and cut flower. 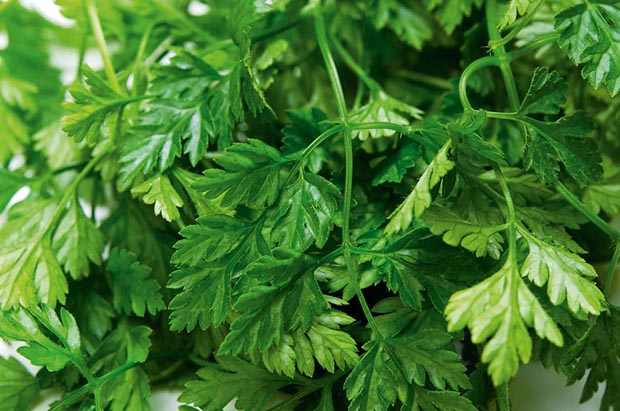 WARNING: SPRAY WITH CAUTION
Beneficial insects are generally more susceptible to insecticides than pests. If you have to spray:
• Use selective sprays and, if possible, spray tips only;
• Use chemicals with short residual activity, eg pyrethrum;
• Spray at night as natural enemies are often dusk or day feeders. 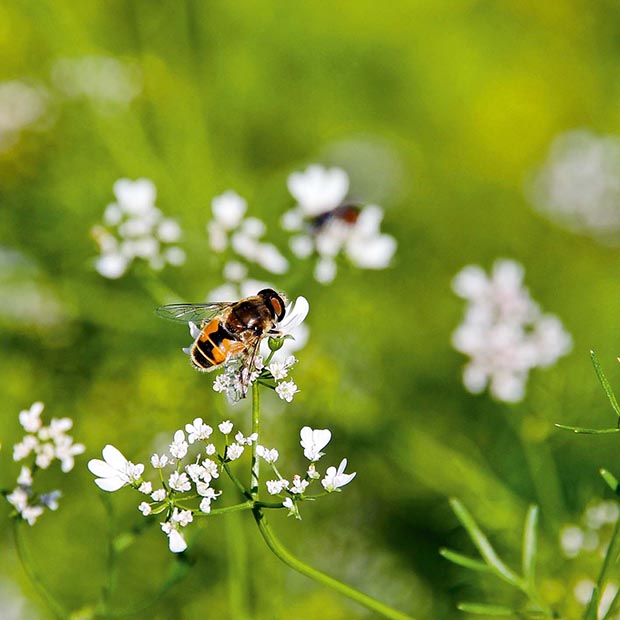