Polly Greeks’ Blog: The in between


Buddhists might describe the lockdown as a bardo state, a time of being in between, writes Polly Greeks.

It was all so terribly new and unknown. Hustled towards our houses, we embarked upon lockdown with supermarket trolleys groaning like loaded ships heading into unchartered waters. Now, a month later, we are veterans of confinement’s seas.

It’s been a time of ticking off jobs. Near the kitchen, winter gardens rise perkily from their beds. Garlic will go in next month. Bananas have been mulched and trenches dug for winter floods. The firewood rack is satisfyingly full. We’ve spring-cleaned the house, removing great hauls of accumulated stuff. A huge pot of sauerkraut is fermenting. The cracked glass feature in the lounge has been taken out for repair.

Meanwhile our friend Maxime, joining us with his dog for the month, has busied himself rifling through our timber collection. Channelling restless energy into creativity, he’s turned out pieces of beauty – a chest of drawers for James; a display case for my nature treasures and a coffee table for himself.

My mother lasted three weeks in the caravan, coming indoors to bake more cakes and puddings than the children normally see in a year. And then, one morning, she announced she was off. Her house and art studio were calling.

The children pined for friends. We all did. We missed warm, alive contact with fellow humans. One night Maxime filled the house-site with the pulse of psy-trance music as he took part in an online party.

“More than a hundred people are there,” he told us excitedly, coming indoors for a second. But they weren’t and he switched off his phone not long after. Dancing alone in forest darkness only enhanced the isolation. Besides, our internet kept cutting out.

Only the dogs were truly content. Our brown hound, Pax, was besotted with Maxime’s fox terrier. They wrestled continuously, gently mouthing one another and playing tugs of war while indoors, James and I grew snappish and barbed with internment-resentments.

It’s a basic fact that coercion threatens the autonomy of people and stimulates resistance. “It’s for a good cause,” we were reminded every time we switched on the radio, only I wasn’t sure I agreed.

But as the rumble of commerce stilled, the ground-shuddering rattle of development ceased and the factory-production of gizmos and gadgets ceased; the Earth was heard breathing long, deep and slow. 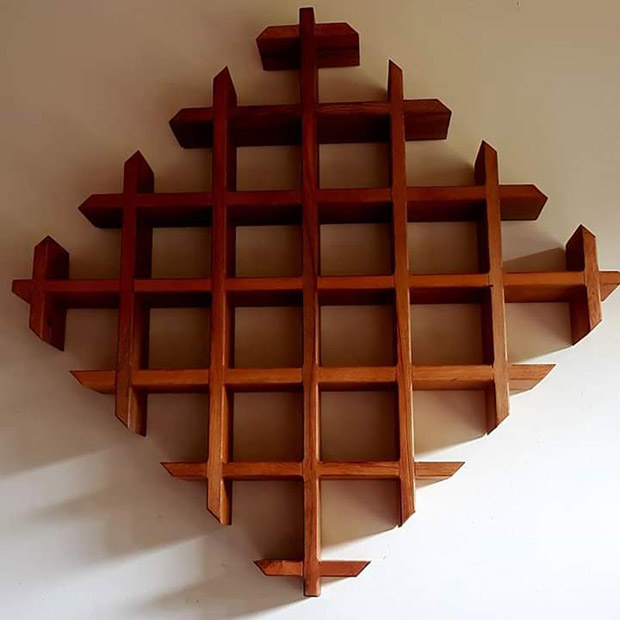 Buddhists might describe the lockdown as a bardo state – a time of being in between. There’s uncertainty, breakdown and a sense of the unknown but there’s freedom in this. With consciousness, the act of re-solidification can be directed instead of being determined.

Here’s another reality: we’ve got this extraordinarily beautiful planet where the exquisite balance of elements is cherished. It’s a place where all life is valued as sacred. People and artificial intelligences operate on the maxim: do no harm to others. Our science, medicine and technology have evolved in different directions because of this operative.

Moving in harmony with life, we’ve discovered safer energetic fields to harness. Our world is more colourful. Redefining what’s essential, we have more artists among us; more creativity. People are vibrant and healthy.

This reality mightn’t be so far away. The great swing in public consciousness had already started before the ‘reset’ button was pushed. Organic businesses were growing. Mindfulness was becoming a mainstream word. People were starting to take responsibility for themselves and the Earth.

Our precious planet’s still here; battered and bruised but with enough biodiversity to proceed. It isn’t too late. One day it might be. Think about your trajectory as we prepare to restart.