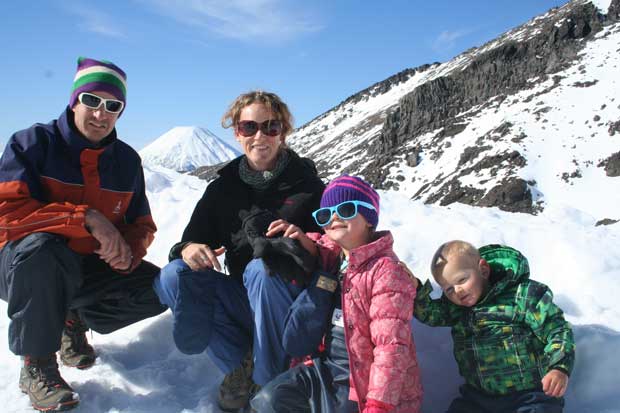 There are two types of suitcase packers in this world, writes Polly Greeks, the  Johnny-Go-Lightlies and the Just-In-Case packers.

Like the Beverly Hillbillies going on tour, we recently crammed ridiculous amounts of unnecessary items into our car and hit the road for a family trip down country.

Our eventual destination was Mount Ruapehu, but we took our time in arriving; first savouring Auckland’s big-city bustle before dawdling southwards down pretty back roads where we sang early Christmas Carols at requests from the backseat, and grew increasingly snappy. Like The Cat in the Hat’s Thing One and Thing Two, they engaged in shrill vocal combat over whose side of the car the tricycle should be sitting.

Alarmed family and friends watched incredulously as we unloaded into their different houses each night.
‘Er, how long are you stopping?’ they politely inquired, standing on tiptoe to view us over our mountain of luggage.
‘Are you sure you needed to bring all of this?’ James crossly muttered each time he began the lengthy puzzle of repacking everything back into the boot.
‘Yes,’ I responded firmly, hoping he hadn’t counted the number of shoes and books I’d brought along for the journey.
In a world of personality-type categorisations, I am a Just-In-Case suitcase packer.
Sadly, our kind doesn’t move through life lightly. Years of backpacking through foreign countries should have trained me to travel with just the basics, but much as I’ve admired the Johnny-Go-Lightlies sauntering past with their toothbrush poking out a back pocket, some sage-sounding inner voice always starts to whisper ‘what if’ whenever I’m packing a bag.
I blame my father who took survival very seriously whenever we went for childhood tramps.
Unlike me, James is a luggage minimalist. Yet while he only takes minutes to pack his bag and doesn’t stagger in attempts to move it, he invariably runs out of clean socks and tops on the road and his promise to pack the kids’ gear for our next family holiday sounded more like a thinly veiled threat than a blessing.
As we made our way south, we continued to put on weight. The children, it seemed, were ‘stuff’ magnets, attracting so many books, games, toys and dress-up clothes from well-meaning whanau that we all but lost sight of their little heads in the back of the car.
‘Nature abhors a vacuum,’ I offered on Day Six of our snow trip when James, despairing at the clutter, puzzled over the sudden heaviness of his suitcase. At least mine could now close.
As it turned out, it was a cloudless, perfectly still, blue-sky day when we eventually ascended the mountain and the blizzard gear wasn’t needed. 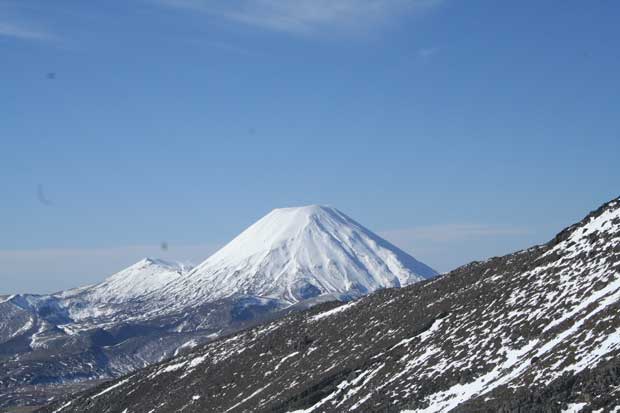 Two-year-old Zen, deposited onto snow at the drop-off point, stood astonished at the cold, dazzling whiteness while four-year-old Vita immediately hurtled off downhill on her bottom.
We rode the chairlifts as high as we could, while skiers silently glided below us. To our side, Ngarahoe gleamed like a fairytale mountain while Taranaki bulged far away on the curve of the planet.
‘This is real,’ Vita declared to Zen, who was speechless.
Dusk was falling by the time we returned to James’s dad in Taupo and the sunset overflowed the sky and flooded the whole lake with colour.
If the car had seemed full before, now it was chock-a-block with the magic of memories forming. And for once, no one complained they were crowded.