Polly attends to a relative. The truth can withstand any amount of scrutiny…

The urgent call came about midnight. A family member had been kidnapped by a group detaining her in some sort of prison. She needed help to escape.

Fearless as a female James Bond, I slipped through the shadows to reach her. Well, actually, hospital staff guided me into the Delirium Unit, where she was being kept under surveillance.

“How could you,” she hissed when I entered the room. “I trusted you, but you were in on it all along, weren’t you? What I don’t understand is how you managed to persuade so many others to fool me.”

Taken aback, I looked to the nurse for guidance. What does one say to somebody who’s gone stark raving bonkers? “You came here for surgery, remember?” I said. “You’ve just had a major operation. You were anaesthetised. That’s all that’s happened.”

My relative looked around shiftily. “I’ll give you one last chance to redeem yourself. Hand over the car keys. I’m going to make a run for it.”

“You can’t.” I gestured at the various tubes trailing out of her. “You’re not even allowed to walk.”

By mid-afternoon, the madness had passed. Despite staff assuring my relative that delirium’s a common post-op condition, she cringed with embarrassment at some of the accusations she’d made. Later, however, her brain temporarily jumped gears again, catapulting her out of the ward and into a sci-fi plot. 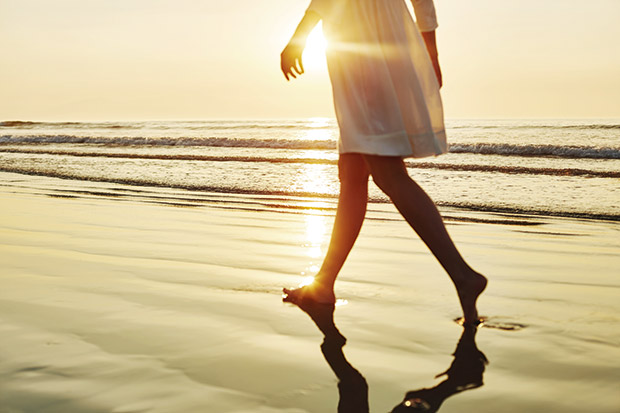 “The guards are trying to plug me into machines,” she reported as nurses came and went. “And they’re involved in all sorts of peculiar rituals. Found what you’re looking for?” She smiled falsely at a nurse checking her legs before murmuring back at me. “They’re fixated on bodies. It’s sinister. If you won’t get me out of here, I’ll have to call a taxi.”

It was fascinating watching an unhinged mind trying to make sense of its surroundings. It could have been hilarious except for her palpable terror. How do you persuade someone that the narrative they’ve subscribed to is out of whack with actual events when everything they see affirms their beliefs?

In the end, she agreed to focus on her breath. That it was flowing in and out of her nostrils was indisputable. The mattress beneath her was another fact. With a long background in meditation, my relative understood what was meant when I reminded her just to witness sensations, watching thoughts pass like a train without venturing inside any carriage. Slowly, she calmed.

Leaving her, I reflected on how we’re all warped to some degree, unconsciously caught inside subjective versions of reality. How often do we stop to examine them, sifting through the beliefs we’ve collated since childhood to see what serves us? If you think the world’s a dangerous place, or there’s never enough, or people can’t be trusted, or there is no sacred process to life, whatever happens to you will conform to your expectations. What you’re programmed to experience is mostly what you’ll perceive. Dismantling the narratives we live by can be like removing the glasses through which we unwittingly view the world.

Surely it’s our duty as participating adults to probe not just our individual beliefs but also the collective stories that shape our societies? Blind acceptance of any narrative, either official or unofficial, is not a sign of intelligence. Arguing, investigating and even doubting the theories, opinions, dogmas and values put forth are a healthy sign of a free, robust, dynamic and thinking population. Any system that discourages it is venturing into dangerous waters. The truth can withstand any amount of questioning. Curiosity creates a spaciousness in which to examine issues from myriad viewpoints. Control enters the equation when you’re attached to a conclusion and need to defend the story that sustains it.

In the Delirium Unit, my relative focused on indisputable information — the in- and outgoing breath — to guide her out of insanity. It’s hard to see the stories we’re caught in, but suspending beliefs to analyse what’s irrefutable is an anchor to reality in any time of personal or communal madness.