Headlamp season has begun. In summer’s wake, James and I shuffle through expanding nights like miners, following lines of light beaming from our foreheads as we get about our shadowed house.
After seven winters of torchlight, we’ve grown skillful at navigating nocturnal hours with bulbous projections radiating below our hairlines. When talking, we look slightly to the side to avoid dazzling the other with high-lumen brilliance. Bedtime hugs are given on low-beam. The kids shut their eyes as we come in for goodnight kisses. 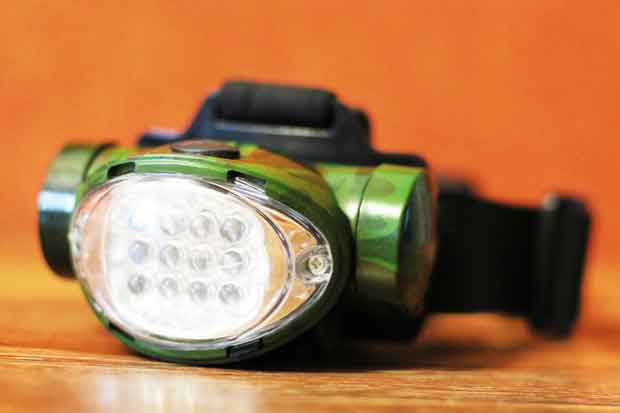 Last year we chose to finish the lounge rather than rig our home with electricity. This year, the options are to build the kids’ bedrooms or flood the house in artificial light and while James and I are rather over the family co-sleeping arrangement, we’re even more done with the Headlamp Era. People warn us bright lights will reveal dust and cobwebbed recesses but who cares! We want easy flick-of-a-switch luminosity. Plus it would be nice not to start the generator every time the washing machine needs to run. A freezer would be handy as well.
While numerous companies advertise solar packages online, off-grid folk in our parts scoff at the prices they charge.
‘Battery banks!’ they exclaim. ‘Build one yourself,’ and they launch into tales of friends/brothers/neighbours who’ve constructed theirs by hooking up old golf cart components or dangling wires into sealed tanks of water.
‘You don’t need an electrician,’ they assure us. ‘Just bang up the cables and run it all through your inverter.’
James and I exchange uneasy looks.
‘I suppose I could try,’ my husband says doubtfully.
A spell of solar-power research is needed before there’s light at the end of our tunnel but last night, as we sat on the couch watching firelight flicker off the walls, I felt a sudden poignancy for the end of dim times.
Will we still notice the forest glowing in moonlight if we’re bathing in indoor brightness? Will we continue to lie on our backs and gaze up at the stars if the lights are switched on? And will we miss the malicious satisfaction of watching circling flies sizzle as they hit a candle flame?
There’s something very intimate about sharing a small source of light, like occupying the same tiny island in an infinite ocean, or wrapping a single blanket of shadows about everyone’s shoulders as you gather by the fire. Will we still draw close if the lights are all on? 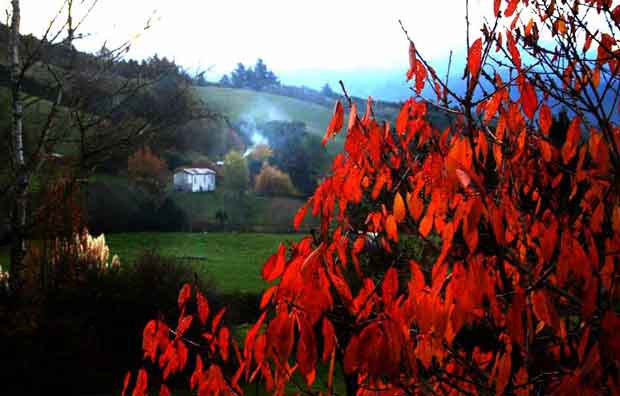 Moments grow increasingly precious when there’s knowledge of their brevity.
Life is short; ask any elderly person. The great wheel maintains an inexorable spin.
We accept the turning seasons in nature. Even the most avid sun-lover knows clinging to summer is futile. Autumn holds bittersweet beauty. Something lovely is passing. There’s glory in bright settled sunshine when it’s punctuated by lengthening cold nights.
It’s a reminder of life’s progression; the passage from fruitfulness to a barer kind of splendour; like the form of trees revealed when the leaves have all dropped. The blowsy days are blemished like over-ripe fruit by creeping bruises of shadow. Decay is the slow spread of orchard rot through fallen feijoas. By the roadside, yellowing poplars; those barometers of the season; are done with measuring sap’s high-pressure burst of bright green and now mark its descent as leaves fade and life-force diminishes. 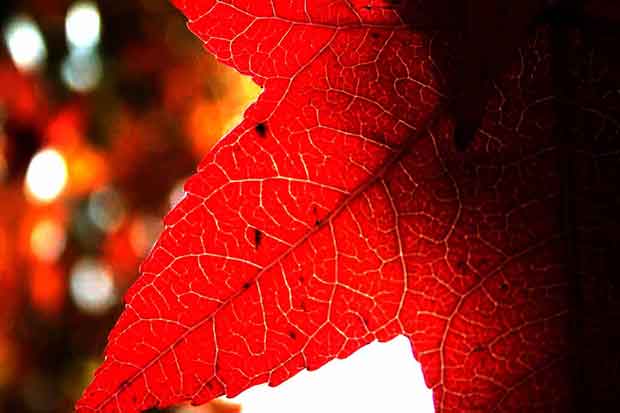 This is the time of maturation and harvest before we contract, turning inwards and earthwards.
From autumn to winter, we’re all of us traveling towards a quiet stillness where the body is just an empty husk returning to the land.
Every candle has a life-span; a wick of burning brightness that will extinguish. The flame burns for a moment and then the darkness again.