We’d gathered to talk about periods. The last time I’d taken part in a group conversation about menstruation was when the school nurse summoned a gaggle of giggling 11-year-old girls and their mums for a no-nonsense chat about puberty.

Not every girl in the room had been aware that decades of menstrual blood lay ahead. Some looked wildly for the exit.

Periods were never a topic of general discussion in the years that followed. Girls might whisper of ‘the curse’ to their friends, or wriggle out of Physical Education with claims of ‘coming on’ or being in that ‘time of the month’ but there was something shameful about the way our bodies bled from our most private of places.

Periods were coded and managed secretively. When my mum asked if I’d like to celebrate my first menses with a special family dinner, I was horrified at the thought of letting my older brother and dad in on the news. We all cringed for poor Kirsten J who leaked in white pants on public transport, and died of embarrassment should a wayward tampon jump from a school bag when one reached for one’s maths book.

And then we became sexually active and uttered secret thanks each month when our periods arrived on time, or we went on the pill and were gleeful we could suppress them if we chose. 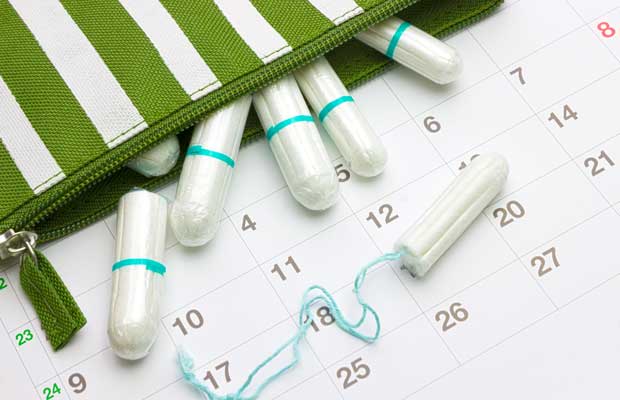 Not all periods were equal. Some of my peers were bedridden every month. Some had ‘women’s troubles’. I discovered PMT was a thing. Mystified by cyclical feelings of anger, isolation and a need to be brutally honest, I saw a dismissive doctor. Apparently it was normal so I shut up and suffered (not-so-silently) according to boyfriends.

Later, I saw alternative health practitioners who assured me it wasn’t at all normal to feel so wretched but their tinctures and various nutrients weren’t much help.

Taking turns to speak at the gathering, we went round the circle of women, sharing our menstrual journeys and it became obvious mine were common experiences. We’d been invited by a friend who wished to share what she described as a ‘revelation’.

Here it was: did we realise we passed through four inner seasons each month? We stared at her blankly.

She described it very simply. When women bleed, that’s their winter; a time of withdrawal and rest. Winter’s a season for introversion; lowering yourself into stillness and surrendering to silence. We need this in order to recharge and sow future seeds of intention. Spring follows. Women experience rising energy and a sense of renewal.

We nurture and give, culminating in easy, breezy summer when all seems well in the world and we’re flying high. That’s the peak of ovulation. From there comes inner autumn. We drop into our shadow selves. The inner critic arises. We become stark in our truths and begin to drift away from the desire for playful social engagements. Saying no to the world, we cycle back into our winter release.

What we needed, my friend said, was menstrual cycle awareness. Directing us to the book, Wild Power, for further knowledge, she urged us to journal each day (not a lot, just a few sentences observing our feelings) in order to understand our individual cycles.

It was about learning to see personal patterns and managing our energy, recognising shifting needs and giving ourselves the appropriate spaces to rise and fall within the tidal rhythm. If we failed to do this, PMT, exhaustion and a failure to step into our power could arise.

It has indeed, been a revelation.

Apparently this knowledge of inner seasons is nothing new. A Māori friend claims her people have long been aware of the rise and fall of energy during each menstrual cycle. When I studied anthropology at University, I was told certain cultures removed bleeding women from daily life because they were regarded as impure and polluting. Now I suspect the retreat was for other reasons.

How ridiculous we’ve been raised to see menstrual blood as taboo and somehow shameful when some 50-percent of the world cyclically bleeds for a prolonged portion of their lives.

I wish I’d discovered menstrual cycle awareness sooner. It’s like receiving the missing piece of a jigsaw puzzle. Suddenly I see the picture; I get myself in a way I never used to and give self-permission when there’s a need to withdraw. That my daughter is growing up with this information feels liberating. Aged eight, she tells me she can’t wait for her periods to begin. Knowing Vita, the celebration will be exuberant.

Seven moons have passed since our circle of women first met. We’ve grown in number, meeting monthly to share, support and learn. Gaining cycle awareness is a deepening process. For some of us, it’s becoming a spiritual practice; a monthly-repeated initiation connecting us with cycles of death and rebirth.

All of us agree it feels bloody empowering to be reclaiming ‘menstruality’ as a positive force.