The early arrival of summer in the Far North is a delight, reflects Polly, so long as it doesn’t outstay its welcome.

Summer hasn’t kept to the calendar. Like a favourite relative expected for Christmas, it’s delighted us by arriving early; embracing the Far North in sweltering heat as it unpacks its flawless sky.

Not even a molecule of moisture hangs in the air but the land is intensely green, still full of fresh spring growth that hasn’t yet darkened or faded. Brilliant blue and lustrous lime; that’s the trending outdoor colour combination of the Ultimate Designer.

Twirling across the lawn, eight-year-old Vita is practising moves for her end-of-year ballet recital, except it’s not really the end of the year; not here in the Southern Hemisphere. Surely our year ended back in midwinter. The new one began with Matariki; the resurfacing of the Pleaides constellation. That’s when days slowly started to lengthen and deep in the soil, hidden life stirred. 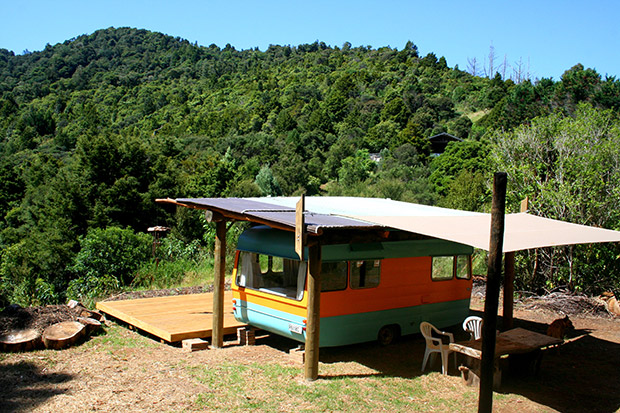 Early summer is the year approaching maturity, coming into full energetic force. In the garden, fruit is swelling on the trees. The chamomile flowers blaze with whiteness. Bolting vegetables explode into flowers and seed pods. The tomato plants alternate periods of voracious growth with wilted thirst.

Sagging humans eye the end of December as their holiday time; a chance to relax and recharge. But would people feel so fatigued if they lived more by the seasons; sleeping longer in winter instead of rising in the dark to answer their alarm clocks?

We’re out of whack with nature in so many ways.

Across the Tasman, fire maps of Australia make it look as if the continent’s entire rim is ablaze.

‘I want you to panic. Your house is on fire,’ Greta Thunberg told the world. My farming friends eye the dry skies anxiously.

Three weeks ago we watched our valley fill with smoke for the first time ever as a bush fire burnt too close to home. We live in a rain forest that’s often dripping and sodden. I’d never considered its flammability before.

What if the summer just kept getting hotter and drier? 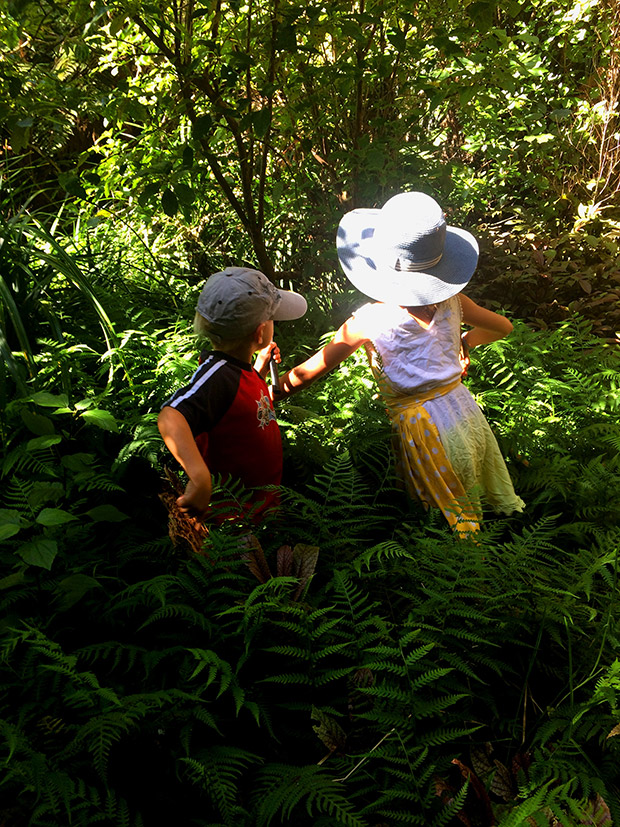 Zendo and Vita in the bush.

For all our advancements in technology and our abilities to rearrange landscapes, we’re still just another species of animal, dependent on the right mix of elements to survive. The current heat-wave is a pleasure but only if it doesn’t outstay its welcome.

The children’s noisy play brings me back to enjoying the moment. Scorched, barren futures don’t feature in their dreams. Like tree-ripening fruit, they’re full of sweet potential. Ask her what she wants to do when she’s older and Vita replies, ‘be an architect, florist or ballerina’.

Every Friday I marvel at her ballet teacher’s good-natured patience as she takes little girls through their paces. Outside Mangonui Hall, the ocean slaps time on the fishing boats moored to the jetty.

Inside, Vita holds her head so erect it looks as if she might snap. Five girls skip and thud to the music but a sixth child moves to a different song; watching dust drift through beams of late afternoon light and raising her fingers in wonder to touch them.

More stories you might like:
Polly Greeks' Blog: How to age well while living in the forest

It’s an awful question, asking what a child wants to be. As if there’s a single answer. As if adulthood offers this static destination. We are always in a state of ‘becoming’. 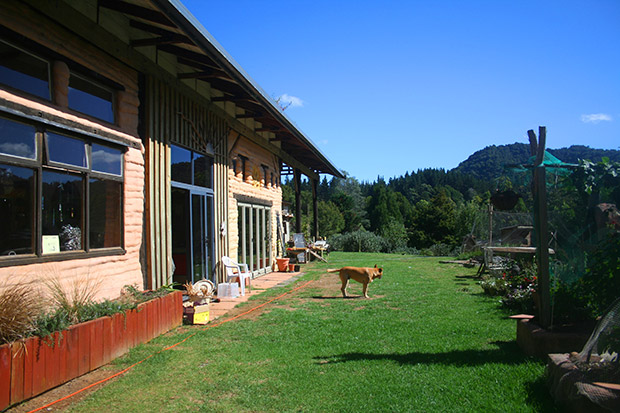 Imagine if, instead, we asked of our children, ‘who or what do you want to help?’ Isn’t that the sort of consciousness the world needs?

Five-year-old Zendo replies without hesitation. He wants to help all the fish.

I have a suspicion he’d like to aid them onto his fishhook. Sometimes we fish off the wharf while Vita’s at ballet. Before casting his line, he flails the rod about wildly, causing uneasy fisher-folk to clear a wide space around him.

‘Stand back,’ he shouts unnecessarily during his warm-up.

He’s caught some unusual objects. The biggest thing was somebody’s boat. James had to sneak aboard the unmanned vessel to ease the hook from the upholstery.

‘Dad! Hi dad. That was a big one wasn’t it.’ Zendo’s cheerful bellows foiled James’s attempts to be surreptitious.

If winter is like the deep ocean, spring is the surge forming far beyond the shore, growing as it’s blown landwards. Summer is the wave in its glory; the green-turquoise water rising into a glassy peak of perfection before curling over.

And autumn? That’s the fall; a roar of white hissing surf followed by the sea receding again – the broken wave drawing back, returning into itself.

The children are still in their personal spring-times, but they respond to summer’s pull. They know how to draw up into great peaks of joyousness. There they are with their friends on the river’s edge; seven naked screeching kids dive-bombing into the singing water. They couldn’t be less self-conscious.

The energy’s in them and needs expressing. They’re all of them quivering with the same music as they shriek, whoop and splash. That’s summer being danced. The river bank is the impromptu stage. Every passing insect; each opened flower feels like part of the dazzling performance.