NZ Life & Leisure columnist Polly Greeks shares an update of life in her mudbrick off-the-grid home in the Far North. This week Polly discovers the perils of a compost toilet.

She was away at the time; with her husband on child-minding duty. When their soon-to- be two-year-old daughter told him she needed to go to the toilet, he absent-mindedly nodded and continued pottering about in the garden.

Not too long after, he realised the muffled, plaintive cry forming part of his soundscape was, in fact, his child. Puzzled, he raised his head, trying to locate her, when he remembered the toilet. 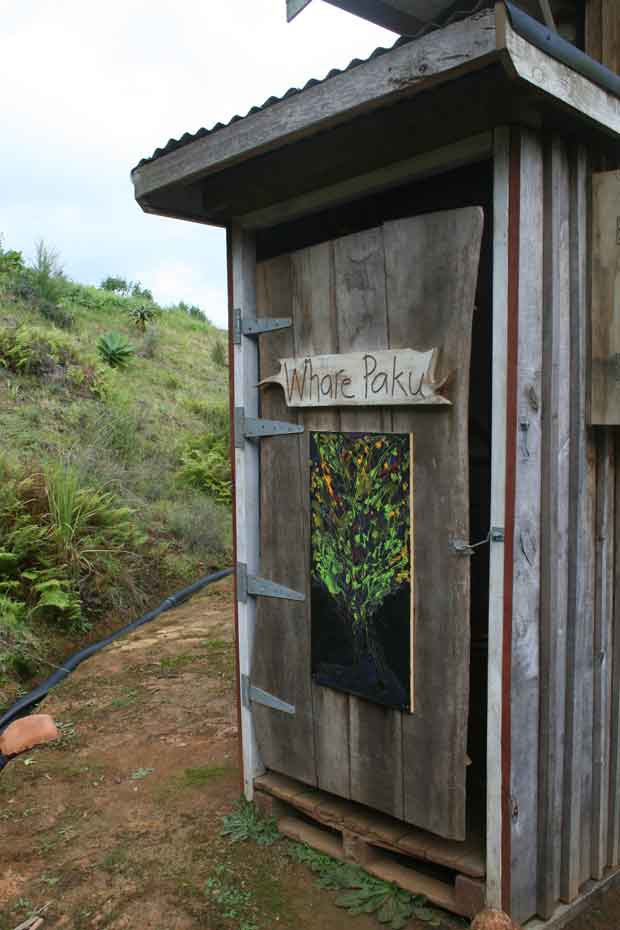 These friends have a compost toilet that resembles a long-drop. The toilet chamber is deep and large and only needs emptying once a year.

Sprinting over to the outhouse, my friend was horrified to peer down the long-drop and make out the dim shape of his squalling toddler far below.

‘I ran round to the chamber door,’ he told me, ‘but it hadn’t been emptied for ages and I’d have had to tunnel up to reach her.’

A ladder wouldn’t fit down the long-drop hole.

With great presence of mind, he lowered a rake-like tool down and persuaded his distraught daughter to climb aboard.

Raised from the sewage, she was promptly scrubbed with strong soap and seemed to bounce back from the trauma fairly quickly, but it got James and me thinking about our own waste-disposal.

We too operate a compost toilet. We had planned to put in an indoor flushing toilet that would feed a worm farm and our yet-to- be-planted banana plantation, but we’ve stalled with the scheme.

More stories you might like:
Stitch by stitch: How Alice Alva transforms embroidery into whimsical fine art

The truth is, humanure, mixed with sawdust, creates a compost so rich and fertile, our plum trees have quadrupled in size in a year. Flushing such a resource away to feed worms seems scandalous.

Should we then replace our current bucket loo with a custom-built deep composting chamber, we’ve wondered?

In light of our friends’ experience, and with 19-month old Zen just embarking on his toilet- training, we’ve decided to keep our fall-proof bucket system in operation for the short-term at least.