Despite vowing “never again”, Polly gets a puppy.

Some life experiences need enduring only once. The 25-hour bus ride from New Delhi to Kashmir, night-time crocodile-spotting in a wobbly canoe on the Amazon, and getting malaria are all events I feel no urge to repeat. After raising our family’s hound Pax, my husband and I also added puppy adoption to the list. Never again, we vowed.

Then a neighbour saved six unwanted pups from a drowning. The photo she emailed yanked so hard at my heartstrings it dislodged all common sense.

“No!” James didn’t even wait for the end of my moving speech. “Don’t you remember?” Of course, I did. We eyed Pax reproachfully, recalling the carnage he wreaked.

The new puppies were half-fox-terrier, half-mystery DNA. When we visited our neighbour, the one that looked like a possum crossed with a german shepherd scrambled onto my lap. “They say you don’t choose the dog; the dog chooses you,” said our neighbour. 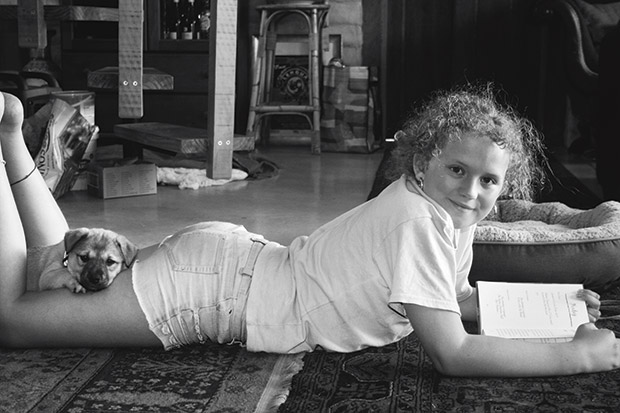 Here’s the thing. While Pax was an absolute rotter during his early years, he’s matured into a dearly loved family member. Now that we’ve forgiven him the destruction of two armchairs, a mattress, untold shoes, pillows, books and toys, we’re delighted we have him. The new puppy on my knees seemed impossible of generating regret. To my surprise, James agreed.

Sometimes, though, we wonder what we’ve received. I was hoping for a ratter.

Thus far, however, Sala has revealed herself to be more a gardening dog with a preference for flower pruning and aerating the soil in vegetable beds. Potentially, electrician or cobbler could be added to a future resumé, given her enthusiasm for cables and shoes. Like a librarian, she also has an amazing ability to seek out and digest literary material. But the talent I most admire is her ability to galvanize children into clearing the floor when she enters a room.

Pre-puppy, they viewed the ground as a holding receptacle for toys/clothes/books/crafts/nature exhibits. When asked to tidy, they moved with the frozen restraint of mountains. Now, however, seven-year-old Zendo pounces on scattered Lego as soon as a sooty snout pokes through a doorway.

“This is why you got a puppy,” he accuses crossly.

Sometimes, groggily rising at 5am to a rambunctious furball looking for fun or mopping yet another toileting failure from the floor, I’ve pondered what my motive was for adopting a second dog. Pax broods, too, outraged at the tail-pouncing upstart who’s excavated a hole for herself in the family’s heart.

“It’s your fault,” I’ve had to tell him. As the saying goes, “Once you’ve had a wonderful dog, a life without one is a life diminished.” We may have (barely) succeeded in teaching Pax to sit, come and stop, but he’s taught us truckloads about pure enthusiasm, fierce loyalty, unquestioning trust, and endless forgiveness.

The second time around, I’m more clued up on the training process. Not unlike humans, Sala is governable by rewards for desired behaviour and conforms to belong to the pack. She responds acquiescently to confident leadership, thrives on approval and hates separation.

However, unlike most people, this nine-week-old puppy lives entirely in the present. With this, you could say she has the key to contentment.

Instead of skimming life’s surface, always oscillating between the constructs of a story-strung past and the unreachable future, she is exactly here, rooted in and appreciating the richness of now. Open, accepting and alert, she channels a pure and infectious joy. Presence is her present.

“No, Sala, no!” James admonishes from the other room, evicting her hurriedly to the lawn. I smile at our vow of “never again”. Maybe history repeats so we have the opportunity to reflect and do things better, more intelligently and compassionately? The love shining from a young dog’s eyes affirms that keeping our hearts open to circumstances is very worth the while. 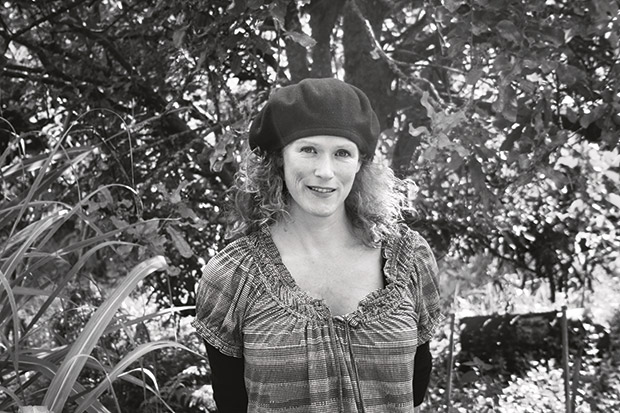