Polly Greeks’ Blog: What does the future hold for planet Earth?


Some predict Earth’s imminent doom while optimists remain eternally hopeful. As a mum, Polly wonders where she should stand.

The message appeared on Mother’s Day. Amongst the gush of gratitude and floral love, it sat like a shadow; one woman’s harrowing apology to her children.

‘I’m so sorry for bringing you into our world, at this time in history. The ecosystem is disintegrating. Life, as we know it, is ending. I can’t imagine the horror you’re about to witness, or the lengths you may have to go to, as you try to survive while everything collapses around you.’

Her grief was palpable.

In her mind, extinction of the human species was inevitable. She estimated her children had just 10-years more to live.

Maybe Facebook monitored my algo-rhythmic interest, but a further four posts of a similar ilk appeared in quick succession. All unknowns; expressing to their children a deep anguish stemming from their belief that our species’ extinction is looming.

Concern for Earth’s survival is nothing new. For decades the ecologically-minded have warned where humanity’s hunger for plastic/money/resources might lead us.

Whispers of collapse have echoed from the periphery for as long as I can remember, yet the great creaking mechanisms of our society just keep rolling along and most people do little to change.

I mean, we switch to bamboo toothbrushes and ditch single-use plastic bags but the political structure, the monetary system, the corporate grip on our society and our day-to-day modus operandi continue largely as usual.

As far as the ‘extinctionists’ are concerned, we’ve missed our chance to make positive change. We’re too far down the path. What we’ve set in motion is now irreversible. The numbers subscribing to this belief appear to be growing.

A few months ago, I encountered it in a friend. It was late summer, with morning light shimmering off the trees so everything glowed and softly rustled with life, yet he told me he was down. That lately there’d been days he’d felt so heavy, he’d barely been able to rise from his bed.

‘I’ve just woken up to the fact that we’re not going to make it. It’s too late.’ 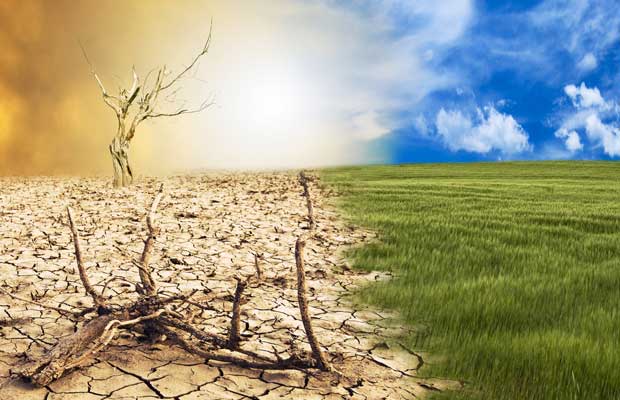 Gesturing at where our kids were playing, his voice choked for a moment. ‘I don’t even know if they’re going to make it to adulthood.’

Every generation seems to have an accompanying Doomsday. From Biblical apocalypses to nuclear winters; Y2K wipe-outs to asteroid strikes, End Times have always lurked on our societal horizons.

Does subscribing to the threat of imminent oblivion fulfil some psychological need or is it a contagious hysteria? Is it wishful thinking by those no longer wanting to be part of current culture; fantasizing about life amidst the ruins? Is it a form of social engineering, to keep people frightened of something looming that’s beyond their control? I don’t know.

The ‘extinctionists’ argue they’re realists. Their emotional process seems similar to those diagnosed with a terminal disease. ‘But worse,’ they say, ‘because we know our children inescapably face the same fate.’

Curious, I followed the links he sent me to relevant articles. Scientists, ecologists and others concluded the same outcome compellingly. We’ve blown it. We didn’t clean up our act fast enough. We’ve tipped the balance so completely; humans and most other life-forms will be extinct within a couple of generations.

My Facebook newsfeed reinforces the emergency with an avalanche of depressing statistics: less than 70% of Earth’s pre-industrial forests remain, the planet now has 400 known coastal ‘dead-zones’, 25-million km of new roads will be built by 2050, we’re estimated to lose a million more species in the next few decades, 33% of fish stock are harvested at unsustainable levels, 60% of animal populations have been wiped out since the 1970s.

Between 150-200 species of plant, insect, bird and mammal go extinct every 24 hours.

A city-dwelling friend has just announced he’s selling up to move onto a rural block. He wants to plant fruit trees and vegetables. ‘I’ve just realized that when the shit hits the fan, we’re going to be stuffed.’

For a while, I entertained it. Extinction.

How would humanity gasp its last?

Would we go out with a bang like the dinosaurs? Would we drown amid rising oceans, burn beneath a blazing sun, or fall victim to some new plague? Is a time of volcanoes, earthquakes and tsunamis approaching?

Science says our planet has heated and cooled for millennia. Were we caught in an unavoidable cycle or would we be victims of corporate ecocide?

Was 5G radiation going to get us, or would we starve as the world’s crops fail? Isn’t there a famous quote stating there’s only nine meals between order and social collapse? In science-fiction, it’s the vigilante groups that get you in the end.

I live in a remote stand of forest that sprawls across mighty ranges. The air is oxygen rich, the stream water pure. The bush is regenerating out from its edges. Nature seems solid and mighty. Is annihilation truly imminent? Sometimes it’s hard to know what’s real. 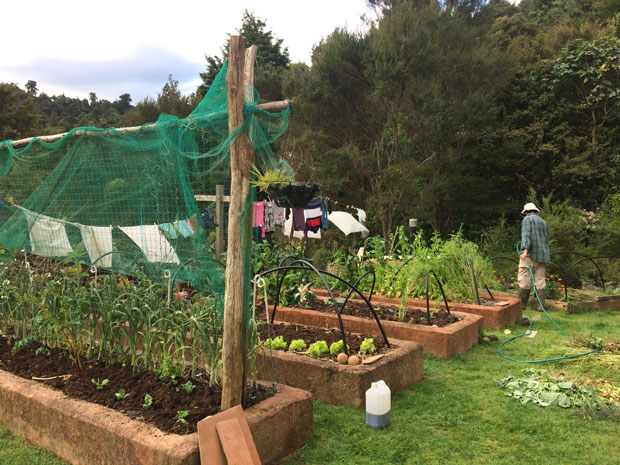 “I live in a remote stand of forest that sprawls across mighty ranges… Nature seems solid and mighty,” writes Polly Greeks.

Optimist or pessimist? What do you believe? I asked on Facebook. The replies were overwhelmingly positive.

‘I’m an eternal optimist and believe in the ripple effect’, ‘the earth will recover in its own time’, ‘we want to give back to Mother Earth’, ‘real change begins in me’, ‘I’m watching humankind evolve into a better way of being… the future is actually awesome but hiding behind today’s fear’, ‘I’m both horrified at the greed, cruelty and stupidity of a large part of today’s humanity and amazed by the miraculous talents of many to make amazing change’, ‘I believe good things can happen on the earth’.

As ye think, so shall ye become. It’s both a warning and a liberation. Isn’t it our responsibility to believe in a positive future? If we think we’re doomed, then we are. Resignation equates to quitting.

Humans possess extraordinary powers of manifestation. We need to actively subscribe to a dream where all life on Earth is cherished; where values of respect, kindness, equality, creativity and nurturing replace greed for profit and control. Every great creation begins with the vision.

‘Another world is not only possible, she is on her way. On a quiet day, I can hear her breathing,’ activist and writer Arandhati Roy wrote.

‘The power of mass intention may ultimately be the force that shifts the tide toward repair and renewal of the planet,’ said Lynne McTaggart.

Activist Greta Thunberg warns our house is on fire. Perhaps that’s still too hard to comprehend. Maybe it’s only when our skin is scorching that humanity will really be galvanized into action.

Even then, I believe we can make it; leaping with urgent commitment towards a world where every day is Mother’s Day; a demonstration of loving gratitude to the Earth Mother who nourishes us all.