The announcement was breathlessly delivered. Speaking on behalf of her brother, six-year-old Vita acted as if she was sharing news of a miracle. In a trivial way, she was.

She gaped meaningfully to make sure we’d registered.

Our four-year-old son nodded in affirmation.

If James and I seemed a little dubious, it’s only because Zendo, up until now, has given every appearance of loathing ballet. Forced to sit with me through Vita’s weekly dance class, he’s wriggled like an eel around my chair, given stage-whisper moans and dragged me outside to inspect Mangonui’s fishing boats at every opportunity. 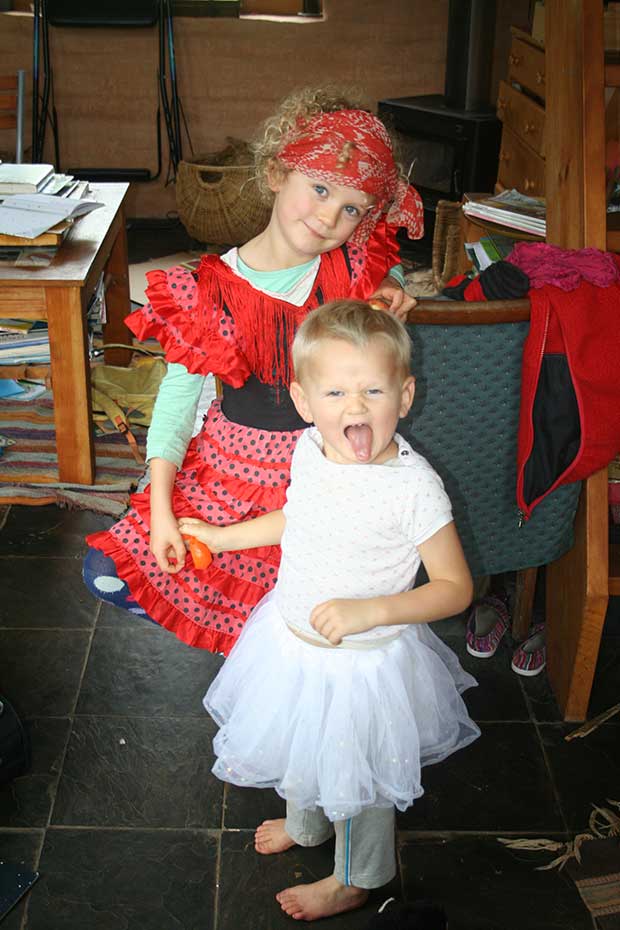 It’s Vita who’s wanted her brother to be a ballerina. And because Zendo adores being included in his big sister’s imaginary worlds, he’s reluctantly acquiesced to the tutu, the wonky lipstick, the tights and the stage name of Lily so he can take part in the dramas.

‘You don’t have to be a girl,’ I’ve sometimes told him as his sister scowls ferociously in my direction.

‘Can I be a stoat?’ he asks, brightening considerably.

‘If you are, you can’t be in my game!’ Vita flounces away, leaving her brother torn.

But this time, it seemed, Zendo actually did want to learn ballet.

‘He wants to skip and twirl.’ Vita was puffed up with recruitment pride.

Personally, I suspect Coppelia provided the inspiration. The Northern Dance Academy has recently put on a brilliant, full-scale production of this show. Vita, to her delight, had the opportunity to be a flower girl during the two matinee performances.

We took Zendo to watch his sister on stage and even though he fidgeted and whined at such volume he eventually had to be removed, he did sit still long enough to register there were male dancers performing; including one, dressed as a soldier with a sword, who got to sit on a rocking horse.

‘Is that ballet?’ he whispered in surprise. Who knew leotards could lead to such fun? But Zendo won’t be enrolled for dance classes any time soon. Nearly five weeks on from his dropped-knife accident he remains in a wheelchair, with a fibreglass cast up to his knee. A wire, protruding from his big right toe, is threaded through his bone, holding the toe so the stitched, severed tendons can heal. The wire is the stuff of nightmares. Because it runs from the outside world into his foot, it’s a potential source of serious infection, the surgeon said.

To my horror, his new cast is open at the toes. Really. Even before we’d left the hospital it was somehow looking grubby.

In the past, I’ve viewed dirt as a kind-of inoculation for children but suddenly the sight of my son smeared in mud is frightening.

I’d keep him in a sterile box if I could, except he’s literally bouncing off the walls indoors; ricocheting backward and executing bogan-style donuts with a manic smile. 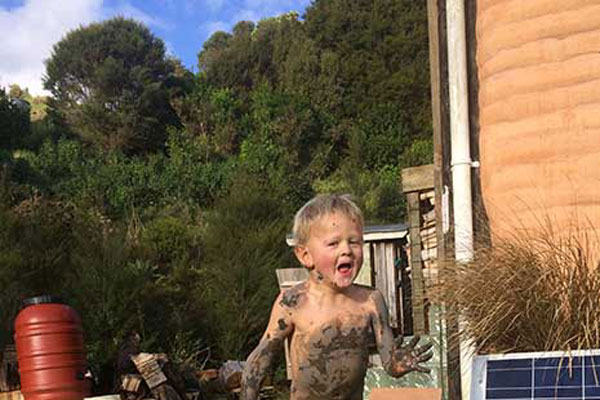 We’re all sick of the wheelchair. Zendo, obviously, wants to be up a tree. He longs for freedom.

The family dog resents the wheelchair because there’s no room for it, the groceries, and him in the boot of the car.

While some of these collisions have been accidental, others have definitely been the expressions of a frustrated child. Wheelchairs issued to four-year-olds aren’t particularly large, but Zen’s still discovered that if he parks in a doorway, nobody can squeeze past. His thrill of power is palpable as we ask, plead and crossly demand a thoroughfare.

Yanking on the brakes when he’s being pushed is considered uproariously funny as well.

He’s become surprisingly adept at whizzing around when surfaces are smooth but would do well to keep his eyes on the road. Laughing gleefully over his shoulder as he took off from me on a footpath, he tipped straight off the side and crash-landed in somebody’s garden. In the supermarket, fellow shoppers smile and make encouraging noises but give a wide berth to a determined little boy careering erratically down the aisles.

The surgeon can’t say when the cast will come off. She isn’t even certain the grafts have taken.

Kids are adaptable. Zendo’s learned how to crawl with one leg in the air, while hospitals have replaced ballet as the game du jour. Sneaky Vita plays the patient, so she can try and wheedle a turn on her brother’s chair.

Meanwhile, Zendo has discovered a new sort-of ballet routine. Grinning fiendishly, he wheels before Vita. Zigzagging back and forth, he makes her step to the left, to the right as he deliberately blocks her way, forcing her to dance to a tune of his own.