Polly quickly gets distracted while attempting to write her second book at a writer’s retreat.

The silence felt like a destination. If it had been advertised in a travel agent’s, the poster would’ve shown a private coconut island surrounded by kilometres of ocean vastness. It was a luxury silence; a holiday sort-of hush, even though I’d come there to work.

There were no children on my metaphorical island. No seven-year-old Vita and five-year-old Zendo following me about with their lengthy monologues; no childish injustices to untangle; no bleats of ‘muuu-uuum’ haunting me in the toilet. There was no one’s hunger but mine to feed and my diary was totally empty.

I’d come to the cabin for a writer’s retreat. For seven glorious days I would sit at my laptop and write. The words would cascade from my fingers like waterfalls, pouring across the keyboard ceaselessly. As with my first book, I’d write from dawn until late every night.

“By the end of the week,” I told James grandly, “the entire rough draft will be done.”

Friends had generously offered their bush cabin. They got that I was there to be antisocial. I didn’t have to talk to a single person for seven days.

I unpacked my suitcase and opened my laptop. The bed was my chair; my knees formed my desk. From that position, there was no window to dream through.

I was just about to open chapter one for an edit, when my laptop let me know wifi was available. We don’t get this at home in the bush.

Fuelled by enquiring young minds I keep lists titled, Things to Google When We’re Out. Even though the kids weren’t around, I took a look at how mermaids might mate and reproduce, and what hippopotami do when they’re cold. 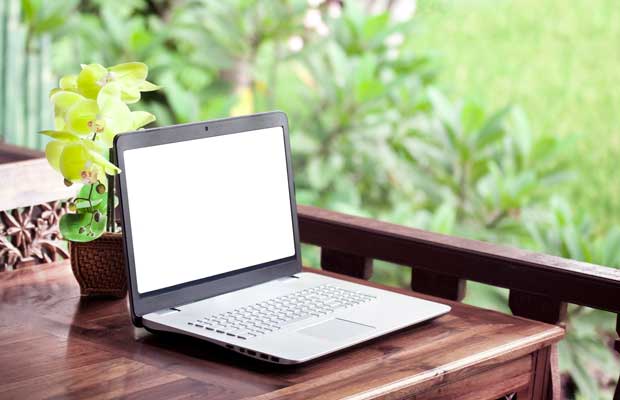 I found Google Earth and went flying over the Himalaya. I searched down the 112 unopened emails I’d accrued and got distracted by the very oldest emails still sitting in my inbox.

Remembering old, out-of-touch friends, I looked them up and was astonished by middle-aged faces. Dusk fell as I took a quick wander through Trade Me.

My stomach growled as my watch-list grew. Dinner was spent with Russell Brand. “You’re frittering!” The voice that suddenly barked in my head was modelled on the style of Miss Sweetman. A single glare from her could turn a noisy classroom into petrified silence. Her fury had been my schoolgirl introduction to the word incandescent.

Even Russell Brand seemed to jump.

Chapter One is a peculiar place for a writer. It marks the start of a journey; the lift-off into other realms. You’re somewhere else from the opening paragraph. You have to make sure you’ve written yourself onto the right airplane.

I once attempted to write a novel that had 34 beginnings and never left the allegorical airport. Chapter One of my new book has been edited so repeatedly, I almost know it off by heart.

It was getting close to bedtime. I tinkered unnecessarily with a few words then shut the chapter down. On Facebook I posted a hollow boast: ‘Day One of my writer’s retreat and Chapter One has now had its final edit.’ My victory tasted a little like rusted water.

Miss Sweetman was eyeing me menacingly as soon as I woke the next morning. I wrote before breakfast and continued until mid-afternoon. It helped that my friends had left wifi switched off at their house.

When I surfaced from my laptop for a bush walk, I was returning to wet ferns and the roaring song of the stream from somewhere far away.

Miss Sweetman remained my overseer for the rest of the week. Glowering with red-faced anger, she pounced on me as I crept stealthily down the long labyrinths of You Tube and hauled me back by the collar as I snuck into Facebook.

Had my concentration been so poor when I wrote my first book?

Slowly I stopped resisting the need to sit still and write. Words piled up like snow drifts; to be dug through and shaped later on. By the end of my retreat, I had a word-count of 63,000.

Thirteen chapters were drafted. Some are like framing timber; just the skeletons of rooms to be built up later on, but the hardest part is making something from nothing. I felt rather pleased with myself.

Coming back from my silent island was like coming off a mountain onto a 14-lane highway at rush hour. It was only James, Vita and Zendo doing the talking but everyone did it at once.

Every time I sat down, the children rushed to my lap. I walked like a six-legged creature with a child attached to each side. I was out of mothering shape; my ability to multi-listen through simultaneous separate dialogues seemed flabby. Suddenly time felt all squashed up again.

A whole week’s now gone by without any writing. The tapping sound is Miss Sweetman beginning to drum her long wooden ruler into her hand. Her eyes look slightly bulgy with threats.

“I promise I’ll start tomorrow,” I tell her.

We both know what that means. Another final re-edit of Chapter One will be the perfect place to begin.