Polly’s blog: Please and thank you

Spring is birthing in our valley with its typical turbulence as wild gusts of wind blast blossom froth from fruit trees and sunshine is interspersed by cold squalls of rain.
On car trips to the coast, we pass postcard clichés of daffodils and fields of bounding lambs; while mournful clusters of calves bellow for their removed mothers and anxious ducks oversee duckling explorations in the roadside streams.
Proving we aren’t so removed from other animal species when it comes to breeding rhythms, Spring is the season of human births too, with a sizable demographic of Virgos and Librans celebrating their birthdays in our neck of the woods.

One party we recently attended was held for an eight-year-old boy at his home. As the crow flies, his family lives fairly close, but steep hills and deep valleys see the road meander the distance circuitously. Adding to the travel time is their driveway which is two kilometres of mudslide at this time of year, along which we slipped and squelched on foot.
The outdoor games in action when we arrived, further reminded James and me we weren’t in suburbia now. A target board had been attached to a tree and children were lining up to hurl sharpened knives at it. Alarmingly, an obstacle course passed directly through the throwing zone. Hardy little bush kids, clad in pint-sized camo gear, were dashing across the flight path between whizzing knives, before continuing along their pathway of challenges. 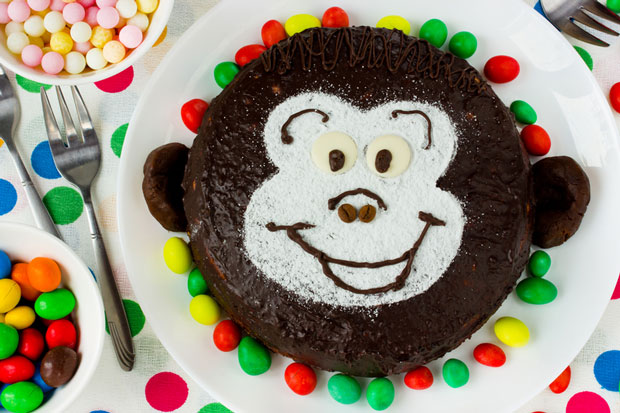 Behind them, a rickety flying fox was sagging disturbingly as a writhing mass of screaming children hurtled downwards, clinging to a tyre.
A few children could be seen weeping furtively amongst the foliage as they nursed various war wounds, but nobody was out of the action for long.
Inside two frazzled teenaged German wwoofers occupied the kitchen, charged with birthday-cake production and growing panicky with disbelief as they surveyed a rather sparse pantry for ingredients, while a roaming parrot raided the potato chips, children dashed by on sugar-highs and the hostess tried to shoo a bleating lamb and several wayward chickens out the door.

Experiences like this make my heart swell with love for the Far North because it’s so unlike anywhere else I have been.
Sometimes it’s as good as travelling to a foreign country for the glimpses we get inside other people’s lives. There’s a looseness up here I hadn’t encountered before. People seem wilder. They build their own houses using chainsaws and salvaged materials. They stalk feral pigs for food and hunt possums for an income. They know about medicinal herbs and moon-phase fishing and however hard their lives may be, they are quick with both their grins and their songs.

One thing that has made me pause for thought, however, is that some of them have no regard for manners and social niceties.
There’s a whole swag of children running around who don’t know about saying please, sorry or thank you. They are high-spirited children with a keen sense of fun, but they are also rowdy, unmanageable and seem to lack respect for other people and their spaces.
Their parents are firm in their beliefs that they’re raising free children, unconstrained by societal expectations. They don’t want to enforce a code of courtesy words just because someone said they should.
I can understand the pushback against raising ‘nice’ children who have had their spirit stifled under too many rules; kids who’ve lost their spontaneity because they’ve become too self-regulating in their quest to be good.

Niceness can be lethal, and not just to the soul. Remember the children on the South Korean ferry Sewol which sank in 2014? It’s believed many of the 195 deaths occurred because the children had been instructed to stay put below deck, and steadfastly followed the order even as the water rose around their necks.
However, I feel sorry for the children I’ve met who don’t know how to acknowledge kindness or express remorse. Manners put grease in social cogs. They unlock doors as well as hearts. Since coming north, I’ve met adults who were clearly raised without learning etiquettes and however lovely and well-intentioned they are; I can see they raise hackles because they don’t know how to ask for things without sounding demanding. Nor do they know to receive things with spoken gratitude.

It is possible that while I view them as disadvantaged, they see my own manners as a ridiculous formality and pity me for not being more liberated.
Anthropologically speaking, it’s an opportunity for everyone to learn as our cultures collide.
Meanwhile, James and I are continuing to teach our children basic good manners, arming them with a tool for use in navigating their way through society.