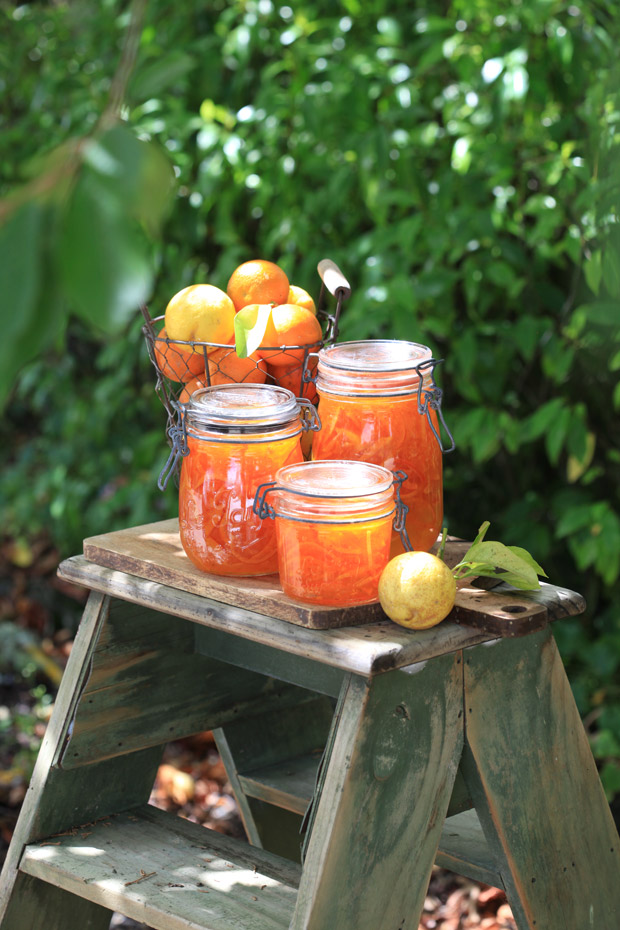 Lynda’s twist on her grandmother’s marmalade involves a generous slosh of Cointreau or whiskey.

The women in my family have been marmalade mavens for at least four generations, but my version is decidedly more decadent than my grandmothers’ incarnations, thanks to a generous slosh of booze to intensify its flavour.

I prefer my marmalade tart, so I favour grapefruit and bitter Seville oranges, but mandarin and Meyer lemon marmalade is a sweeter option for modern palates. I use a 9-litre preserving pot to make marmalade, which is notoriously fierce at full boil and liable to bubble over. Halve this recipe if using a smaller pot.

Halve citrus, pick out the pips and finely slice. Place in a large bowl and cover with boiling water. Stand overnight.

Pour citrus and water into a 9L preserving pot. Bring to the boil and gently simmer for 1 hour, until the fruit is tender. At this point, place a small plate in the freezer (use this to test for setting point). Stir in sugar, turn up the heat and boil hard for an extra hour or so, stirring from time to time.

When the marmalade is nearing setting point, its colour will deepen, the consistency will noticeably thicken and the bubbling will calm. Test for setting by spooning a few drops onto the cold plate; it should form a skin when it’s ready. You can also test its temperature with a candy thermometer; if it’s over 103°C it will set nicely.

Take the pot off the boil and stir in your choice of liquor, if using. Let the marmalade stand for 20-30 minutes before pouring into sterilised jars. If you bottle it straight away, the citrus tends to float to the top of each jar rather than being evenly distributed.