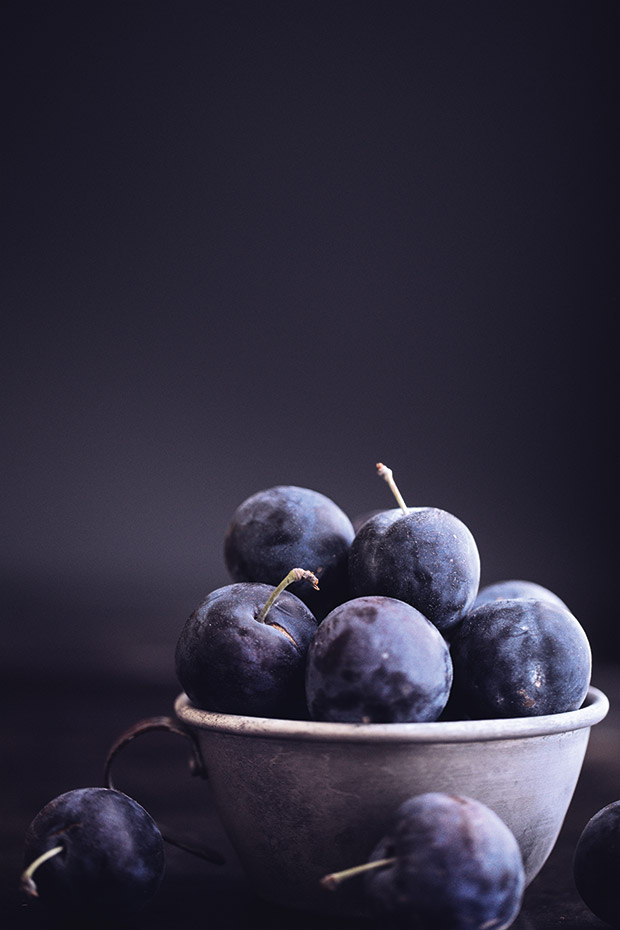 This writer has a rich plum heritage, and a secret ingredient in her family’s favourite sauce recipe.

In the Chronicles of Narnia, Digory states that the wonderland of talking beasts and heroic children is “…a rich place: as rich as plum cake.” Plum cake is ok. But give me fresh plums and that’s all I need.

I can’t resist stopping on the side of the road to try the fruit from any plum trees I see, to find out if they fall into our family’s Best Plums in The World list. We spent five years travelling in a house truck in the late 1990s, and roadside fruit was one of our gypsy delights.

From early December, our boys would spy out plum trees from their vantage point in the upper levels of the truck and call out to us through a hatch in the cab. We’d stop, assess the fruit for taste and degree of ripeness (no-one likes a rotten plum), and then harvest if the plums were up to standard. The truck made a great plum tree ladder for the boys, and we would add another tree to our Best Plums in the World list.

My foraging instinct is strong. It was honed by my mother Nancy, who loved nothing more than discovering a laden fruit tree on the side of the road. Sometimes, the tree was just over a fence. Sometimes (not often), we didn’t ask if we could cross that fence (if we couldn’t see a house or an obvious landowner). The good thing is there were usually plenty of plums for everyone and the birds.

Many people have tales to tell about ‘their’ tree, the one that produced so many bucket loads of fruit, it only took two weeks before you were heartily sick of them. The plum tree on the family farm near Te Kuiti was huge. Once the plums were ripe, my mother would call up everyone she knew and ask them over to help with the harvest. What she really meant was, ‘I’ll get my children to pick you some’. We spent a lot of time up that tree.

My mother never stopped behaving like a kid when it was time to pick plums. One day, she was stretching to get one last plum when there was a loud crack. The branch broke, and she fell some distance, sustaining a large bruise on her leg. My father was so angry at her for doing something so dangerous, he cut the plum tree down to make sure she couldn’t put herself at risk again.

I’m not fussy about what kind of plums I use for sauce or chutney recipes. I’m always (well, almost always) pleasantly surprised by the results. My husband invented this delicious recipe, but he chooses his plums with far more care. 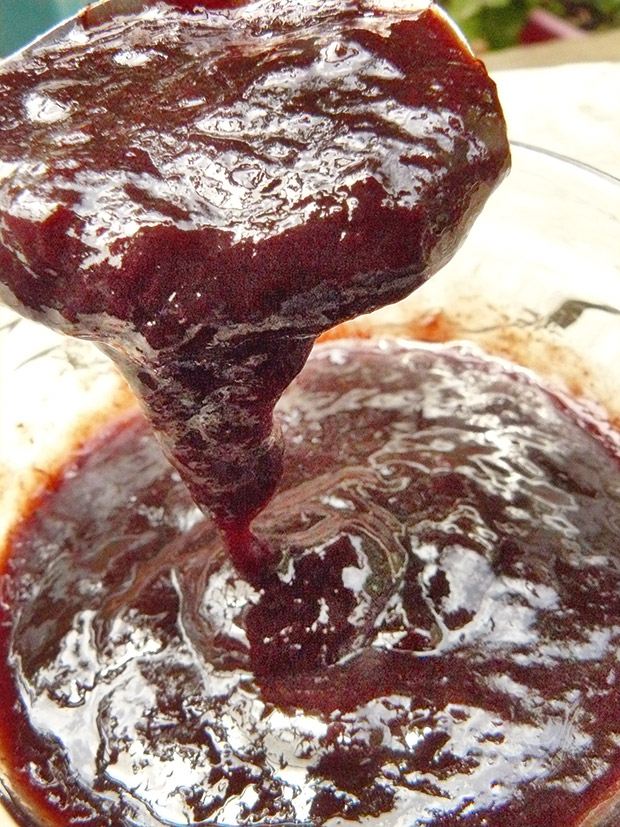 Every year, we have to find either Black Doris or Omega as he won’t use any others. However, it’s your choice: you can follow my rather laissez-faire attitude or seek out Paul’s recommendation.

If your plums aren’t free-stone, cook them first until soft, then scoop the stones out with a slotted spoon or mush through your fingers and remove them. Place all the remaining ingredients in with the plum pulp. Slowly bring to the boil, then simmer for an hour until thick. Stir often to prevent sticking.

Remove the cinnamon stick and star anise. If you wish, use a stick mixer to get the sauce super smooth. Carefully ladle into hot, sterilised bottles. Label and store in a cool, dark place for 2-3 weeks to let the flavours develop.

3 delicious ways to use fresh plums