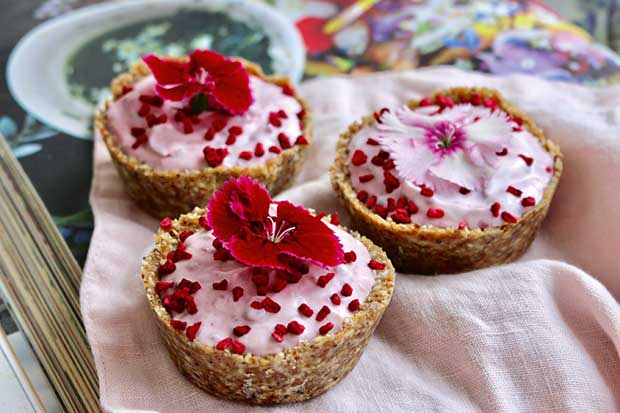 In a food processor, combine the cereal, coconut oil, nut butter and dates and process until a sticky mixture forms. Press about a heaped teaspoon of this mixture into each mini muffin mould. Put these in the freezer for half an hour or so.

Once these have set, take the tarts out of the muffin tray, spoon coconut yoghurt into the tart base and top with fresh strawberries, crushed pistachios and edible flowers, if using.

Best served immediately but will keep stored in the fridge in an airtight container for a few days. Makes 8