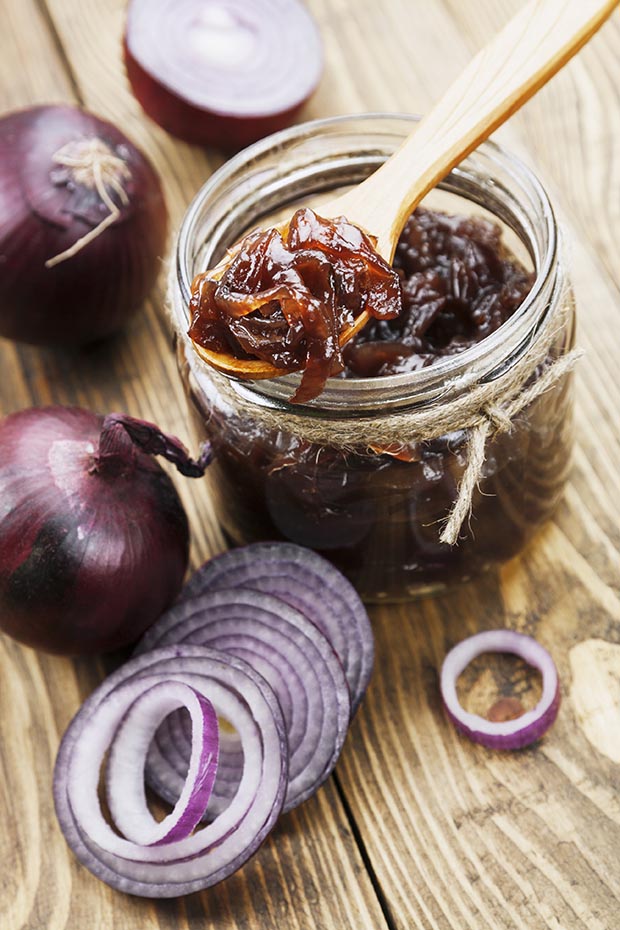 Take your cheese board to the next level with this onion marmalade recipe.

Makes 3 small jars, store in the refrigerator for up to 2 weeks.

Cook onions in olive oil on medium heat in a heavy-bottomed saucepan for 15 minutes until soft.

The easiest way I’ve found to process the chili, sun-dried tomatoes and apple is to roughly chop them up and pop them all together into a food processor (with a blade) along with the red wine vinegar and pulse them until finely minced, then add them into the pot with the onions.

Add all other ingredients except the salt.

Bring to a gentle simmer and cook uncovered for 1 hour, until marmalade starts to thicken.

If all the moisture evaporates and the onions are not fully cooked, add more water and continue to cook until the mixture is reduced to a thick, jam-like consistency.

Serve warm with a roast or with pan-fried chicken, dollop onto crackers with cream cheese, or it’s excellent on toast or bagels with tomatoes and bacon.