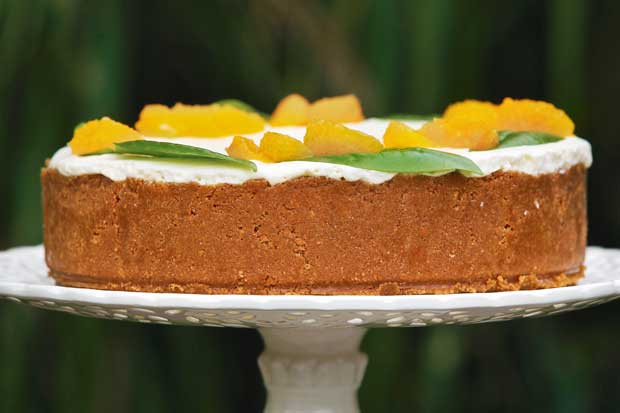 When the trees are laden with those wonderfully sweet-bitter orbs we call the grapefruit, there’s only one thing to do – make cake.

Grapefruit Cheesecake
This may sound like an unusual combination but it’s a winner, first published in Garden to Fork.

METHOD
Into the bowl of a food processor fitted with a metal blade place one third of the gingernuts and process to fine crumbs. Transfer to a bowl. Continue with remaining gingernuts.

Add butter to gingernuts and mix until fully combined.

Transfer crumbs to a 20cm round, loose-bottomed, springform cake tin. Press firmly and evenly into base and two-thirds of the way up the sides of the tin. Place in refrigerator for one hour or until firm.

Segment the first measure of grapefruit over a bowl removing all white membrane. Place segments onto a tray lined with paper towel. Squeeze juice from membrane into bowl.

Squeeze juice from additional grapefruit and add to existing juice. Measure out a half-cup of juice.

From that half-cup, take 2 tablespoons juice and place into a bowl. Sprinkle gelatine onto juice and leave for 10 minutes or until it forms a ‘sponge’.

Into a small pan break the one whole egg and add egg yolk from the other, sugar, salt and 1 tablespoon of the measured grapefruit juice.

Place over a low heat and stir until a thick, smooth custard forms. Remove from heat, add gelatine mixture and stir to combine. Cool.

Into the bowl of an electric mixer fitted with a paddle place cream cheese, remaining measured grapefruit juice, grapefruit zest, lemon juice and zest, and mix until creamy and smooth.

Add custard mixture and mix until smooth and combined.

Place vanilla and cream in a bowl and whisk until stiff peaks form. 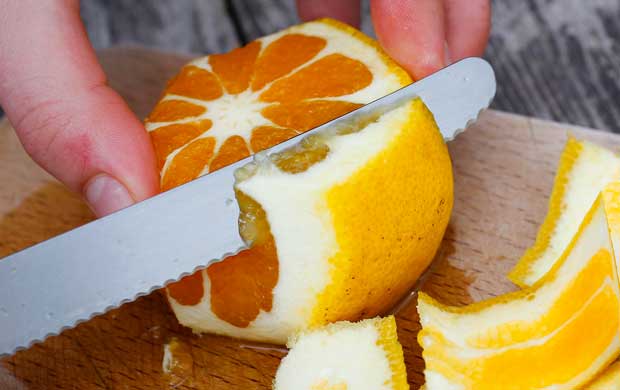 Spoon mixture into prepared gingernut crust. Gently wobble to encourage a smooth top. Cover and refrigerate overnight or until set.