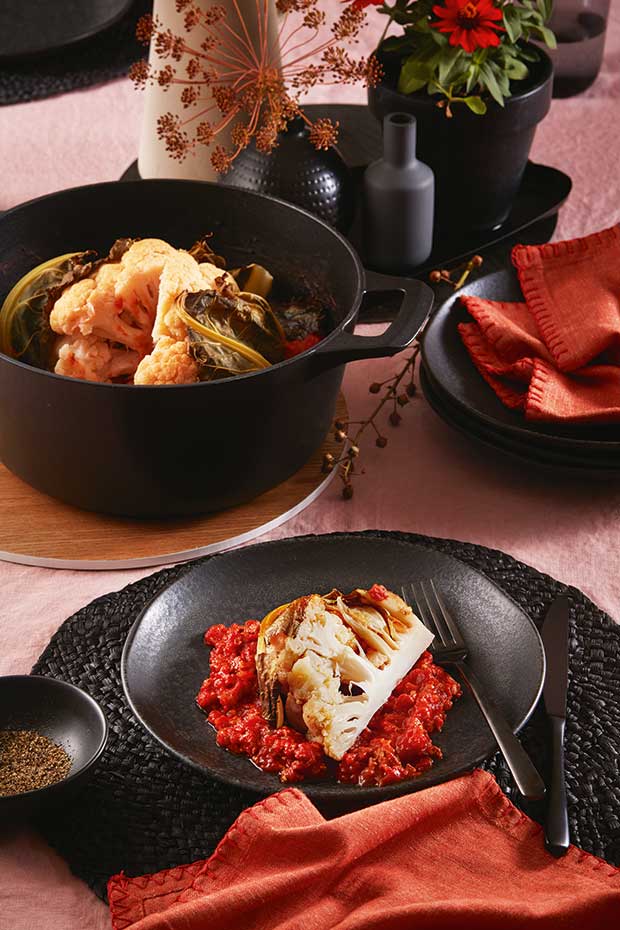 The bed of spiced lamb mince sauce packs some serious flavour in this hearty winter dish.

On the stovetop heat a tablespoon of the olive oil in a 25cm to 28cm lidded casserole, add the mince and cook on a low temperature for 5 to 7 minutes or until just cooked. Tip mince into a colander to drain fat and set aside.

Add the canned tomatoes and their juice, piquillo peppers, chilli, cumin and coriander, salt, pepper and mince. Bring to a boil, stirring constantly. Reduce the heat and simmer for 8 to 10 minutes, stirring regularly, until the sauce is richly coloured and thickened.

Carefully lower the whole cauliflower into the sauce, cut-side down. Bake for 45 minutes with the lid on the casserole. The cauliflower should be meltingly tender. Spoon sauce into serving bowls then top with a portion of cauliflower.

To make a vegan version of this recipe, replace the mince with the same weight of cooked, drained and rinsed canned beans (such as black beans).