Review: Theresa Healey in The Audience Kate Coughlan sees the Queen in a whole new light after watching the new Auckland Theatre Company production of The Audience.

It is getting harder and harder to recall what the real Her Majesty the Queen, Elizabeth the Second, by the Grace of God, of the United Kingdom of Great Britain and Northern Ireland, and her other Realms and Territories, Head of the Commonwealth, Defender of the Faith looks like in reality.

The beautiful young Elizabeth (Claire Foy in The Crown) and the elegant older Elizabeth (Helen Mirren in The Queen) is now joined by a third pretender to the throne with a virtuoso performance by Theresa Healey in the ASB season of The Audience, currently playing in Auckland. Healey’s Queen spans a long period starting as the newly crowned monarch at her first audience with querulous and portentous Sir Winston Churchill to the restrained ennui of her meetings with the self-satisfied David Cameron. 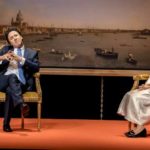 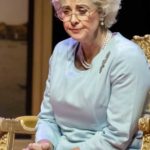 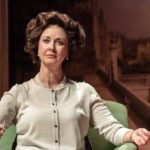 She’s magnificent in every era and a star in every minute of her performance. Funny that we’ve grown to love, understand and value the Queen more since we began seeing her life and work in theatrical productions. If a late Mother’s Day gift is in order, attendance is highly recommended. Enjoy this witty and wise woman as delivered by a brilliant Healey.

The Audience runs until May 23, ASB Waterfront Theatre, Auckland, atc.co.nz

More stories you might like:
Water Cooler: The Huge Day Out, how Joe and Fay Gock saved the kumara, Ashford Park and Stranger Things 2

What’s On: The Audience presented by Auckland Theatre Company