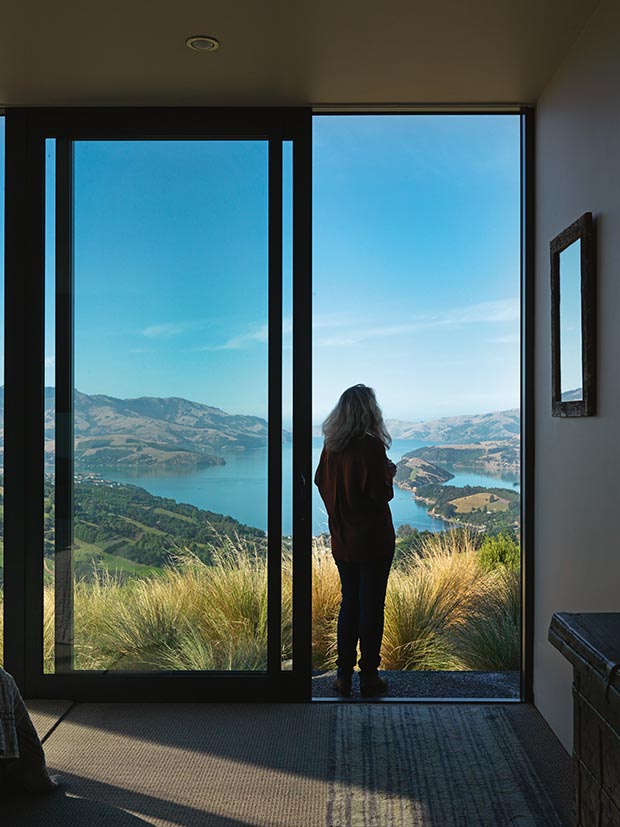 Our heroine casts a dashing figure as she marches across the Banks Peninsula. And like all good dramatic characters, her  past holds a compelling secret

The landscape around Duvauchelle on the Banks Peninsula has a Jekyll and Hyde quality. On fine days the land shows all its cards; cookie dough-coloured hills and cyan water. But on the murky mornings when heavy fog swallows the cliffs, it becomes a land of secrets – making it a fitting home for a woman leading a double life. Tanya Moir and her irish wolfhound Spike walk past the pond on her property every day. In spite of Spike’s best efforts, it’s home to a family of paradise ducks.

Passers-by have been known to take deep intakes at the sight of Tanya Moir and her dog Spike striding out along the slopes on a morning walk. Spike is too diminutive a name for the devilish-grey irish wolfhound. The monstrous 75-kilogram beast, standing almost as tall as Tanya, has made small children cry, “Mummy, a werewolf”.

But it’s good to make a dramatic first impression in fiction as well as life. Tanya’s morning treks through the paddocks near her home, 10 kilometres from Akaroa, are part of her work routine.

The author of La Rochelle’s Road, Anticipation and The Legend of Winstone Blackhat has plotted family histories, broken hearts and helped European settlers pitch their tents in the colonies all with that dog’s lead in hand. And for such plot twists and turns Tanya has won a bunch of writing awards including the Todd New Writer’s Bursary in 2012, a Buddle Findlay Sargeson Fellowship in 2013 and has been long-listed for a handful of other literary awards. It takes Ian one hour to commute 70 kilometres to his job in Christchurch as an IT manager. It’s an isolated spot, perfect for writing, says Tanya.

But like all good heroines, she has a secret. In March she revealed she is also Holly Ford, a pseudonym under which she writes romance novels – by the series. She’s had four published over the past four years, including the popular Blackpeak Station trilogy.

“I’m really enjoying writing these Holly Ford books – why not have a bit of fun with your work? There’s a degree of elitism in the book publishing world but the reaction has, on the whole, been quite positive. Most people think it’s a hoot,” she says. While the romance genre is a departure from her more literary work, the Holly Ford series is not of the bodice-ripper fainting-maidens style. The stories are set in high-country stations of Central Otago and her modern damsels are of the ute-driving variety, coming to the rescue of a hunky helicopter pilot – well, at least in her latest novel The Last McAdam.

The Holly Ford pseudonym was created to avoid the possibility that readers might become confused by the two very different writing styles. Only Tanya, her husband Ian and a handful of others knew the secret. The cover worked well for a while until the double life got a bit convoluted. “We’d have people around, and we couldn’t remember who knew about Holly and who didn’t. I got myself in a muddle,” says Ian.

“Part of the reason I decided to ’fess up to writing them was it got a bit suspicious. I had all this time unaccounted for,” says Tanya. “People would ask me what I was working on and I’d have to say, ’um… nothing.”

By author standards Tanya has been prolific, with seven books published in six years. She puts her productivity in part down to the view from their house. Boy, that view. The couple’s home is all about sweeping vistas, with all rooms gazing down on Akaroa Harbour. 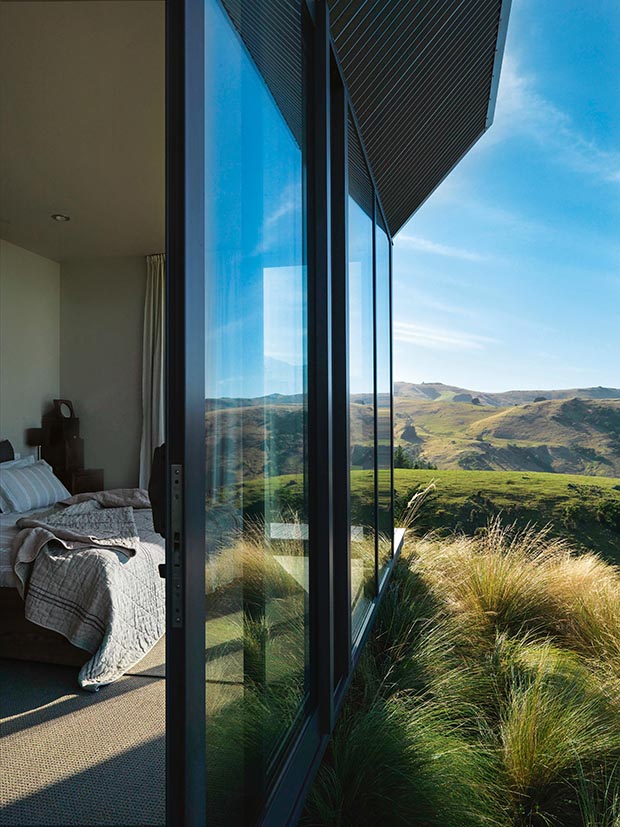 The view from the master bedroom, the house has 37 full panes of glass.

“I find the view quite meditative. Sometimes I find myself staring at it, and I don’t seem to see it. It’s good for the thought process,”  she says.

It’s their dream location but they almost missed out on owning it. Ian and Tanya were living in London in 2000 when Tanya spotted the section for sale online. She would have bought the land then and there, sight unseen, but Ian very sensibly thought they ought to take a look in person first. Before they could book tickets home, the land had sold.

“You can imagine how popular I was,” says Ian.

A few months down the track the real estate agent rang back and said the sale  had fallen through and asked if they were still interested. Yes, very much. The deal was done, and on their return to New Zealand the next year they were talking designs with architect Andrew Patterson over a picnic in the empty paddock.

It would be a mistake to think that this romance writer is a hopeless romantic. Tanya says she’s not a “frilly person” although she does get a bit teary watching a good film. Tanya has been known to write in the inglenook during a power cut when the house is cold, but it’s mostly used for entertainment, not work.

“At 47 what doesn’t make me weepy?” Her characters are forthright and strong-willed but never looking for love to complete them. “I don’t buy into that idea that romantic love is necessarily what is going to make you happy. Some of my single friends are the happiest people I know.”

Her own love story is very much a tale of happily-ever-after though. Ian and Tanya met at the Christchurch Media Club when they were in their 20s – she an advertorial writer for The Press and Ian, a technical director at TVNZ. The pair then worked together at CTV, keeping their romance on the down low until accidentally broadcasting it to their workmates. “We were having an argument, and we realized the microphone was on. Most of the graphics department heard two people having quite a heated spat,” says Ian. They then spent more than 10 years living overseas; working in television in London and Rome with stints in Cairo and Hong Kong. Their life in Rome, producing promotional trailers for a television company broadcasting western television into the Middle East, was stranger than fiction.
“One of the Saudi princes fancied something to watch on telly, and so he set up a vast company to beam in American television. We were sending Sex and the City to the Middle East. It was just mad,” says Tanya. She started the first Holly Ford book Blackpeak Station when she was 21 and traveling. Parts were written in a hotel room in Cairo and parts in a small apartment in Hong Kong. However, she shelved the manuscript for several decades because she didn’t think there was an audience for a romance set in the New Zealand back country. It took a lot of convincing from her publisher to dust off the copy.

“It needed so much updating because it was out of date as I’d written it before we even had cell phones.” Tanya says her childhood in Southland has given her cold-water fortitude – she toughs it out in the lap pool well into autumn.

The pen name Holly Ford comes from the Hollyford Valley in Fiordland. Tanya, sister Sharon and brother Jon (the late comedian Jon Gadsby) grew up in Dipton, Southland, and holidayed regularly at Gunn’s Camp in the Hollyford. Tanya is well and truly the baby of the family – 16 years younger than her brother and 15 than her sister.

“I was like an only child with a really young, groovy second set of parents. They both worked as radio copywriters in Dunedin, and I spent weeks in the school holidays hanging out in the copy room at the radio station and being carted around to parties. It was great.”

Tanya credits her schoolteacher mother with the family’s creative streak. Jon was one of the country’s most talented comedy writers, satirists and actors (A Week of It, McPhail and Gadsby, Letter to Blanchy), and sister Sharon is a now-retired journalist who founded Christchurch’s Avenues magazine. The family shares a dark sense of humour but no one could match Jon, who died of cancer in 2015, aged 62.

“He was just really, really funny and hugely entertaining. I was always far too scared to tell a joke because I knew who the competition was,” Tanya says. Tanya’s love of cooking comes from her mother.

While she didn’t grow up in Central Otago, the family often traveled through that part of the country when on holiday and it still resonates deeply, appearing in most of her fiction work. It’s nice to finally be able to claim ownership of the Holly Ford books, says Tanya. She slips between first person and third person while talking about Holly’s work and answers emails from a Holly Ford email address. She’s currently writing the follow-up to The Last McAdam, which will tell the story of helicopter pilot Mitch.

And, somewhere in the back of her mind, is a series about Indian Premier League cricketers – think Jilly Cooper’s Riders in India.

“I have a soft spot for cricket players; they must get up to all sorts of mischief in the IPL.”

Living with Tanya Moir and Holly Ford is not like living with two different women, says Ian, but he observes that Tanya does seem to be a bit more carefree when writing as Holly. She agrees.

“There’s less of that angsty, navel-gazing stuff and I’m not questioning myself the whole time. Holly’s work is full steam ahead and good fun.” 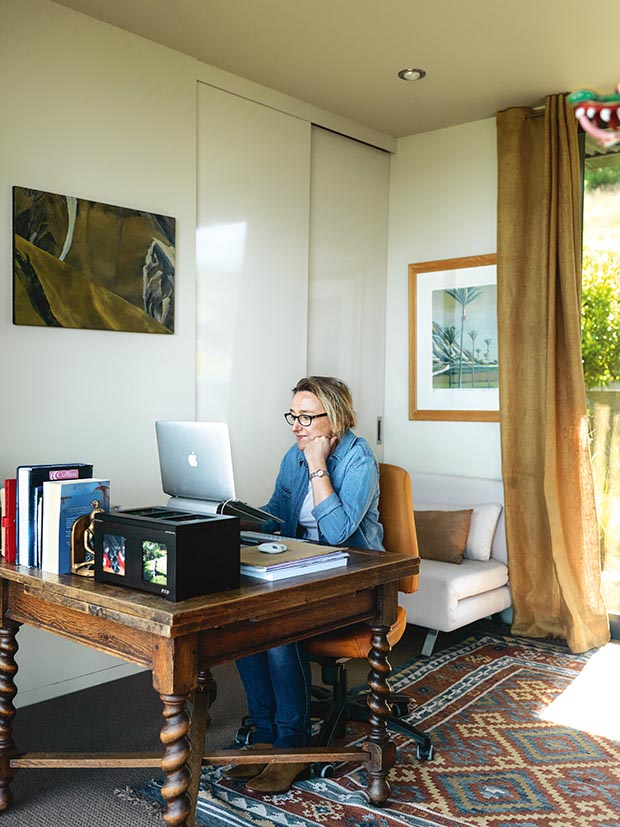 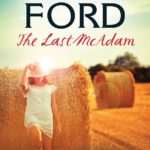 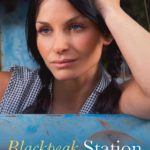 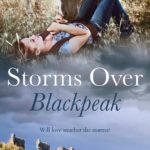 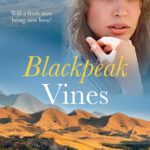 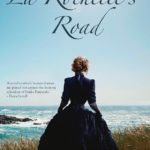 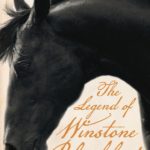 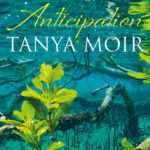 In Australia the rural romance genre is big business. This year Tanya landed a publishing deal with Allen & Unwin, so her Holly Ford novels are now sold across the Tasman. Her latest romance The Last McAdam, published in March, debuted in the top 10 Australian new-release books. Her Sydney-based publisher Louise Thurtell describes Tanya as “one of the most-talented commercial fiction writers I’ve ever come across in my 25-year publishing career”. The New Zealand setting also doesn’t deter the Australians, says Louise.

“It is beautifully evoked. I was so taken by Holly’s descriptions of high-country stations in The Last McAdam that I took my teenage daughter to stay on one (Lake Heron) during the Christmas holidays. It was wonderful, and we both loved it.”