Self-sufficiency with sweet chestnuts: How to process, roast and make chestnut flour 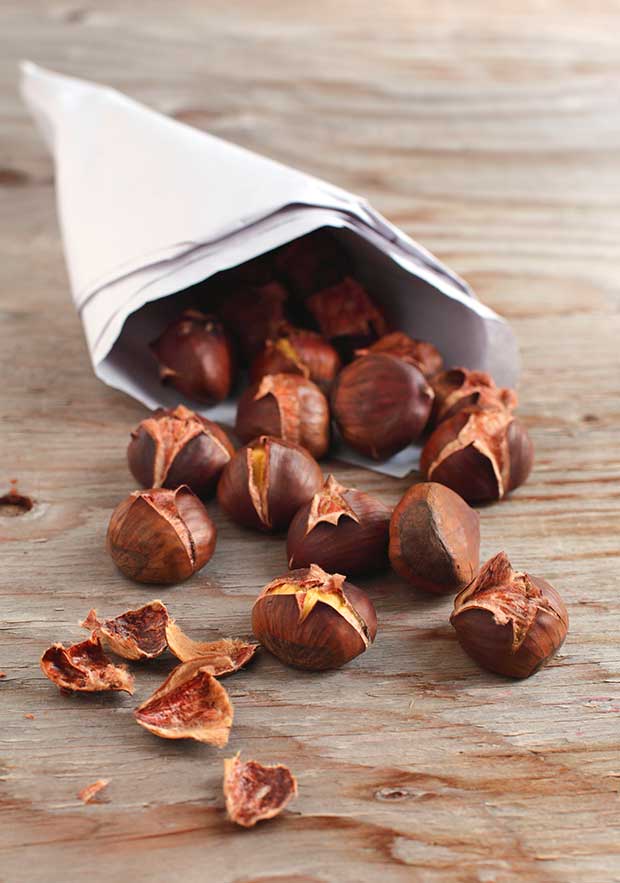 It’s easy to process, stores for a long time and is incredibly versatile. There’s no other fruit or nut that makes a great baking flour, a lovely soup, or a great-tasting pesto.

The sweet chestnut (Castanea sativa) is unlike most other hard-shelled nuts. Nutritionally, it’s more like a grain than a nut. It’s very low in fat (4-5%, vs 62% for the hazelnut, and 71% for the pecan), and high in carbohydrates (78%, close to wheat). It’s also cholesterol-free, gluten-free, low in sodium, and a good source of vitamins C, B1, B2 and folates.

All you need is one self-fertile variety (although more than one means better pollination) and it will produce nuts within two years of planting.

HOW TO PROCESS CHESTNUTS

Tip: If you are cooking chestnuts whole in an oven or microwave, the shell must be pricked with the tip of a knife or scored to stop them from exploding.
Some simple processing turns chestnuts from a fairly perishable raw state to a dry breadcrumb-like consistency that can be used in baking or cooking in just about every kind of dish.

Processing should be done every few days during picking. Leave freshly-gathered raw chestnuts in a dry place for a few days after harvest to sweeten up first. 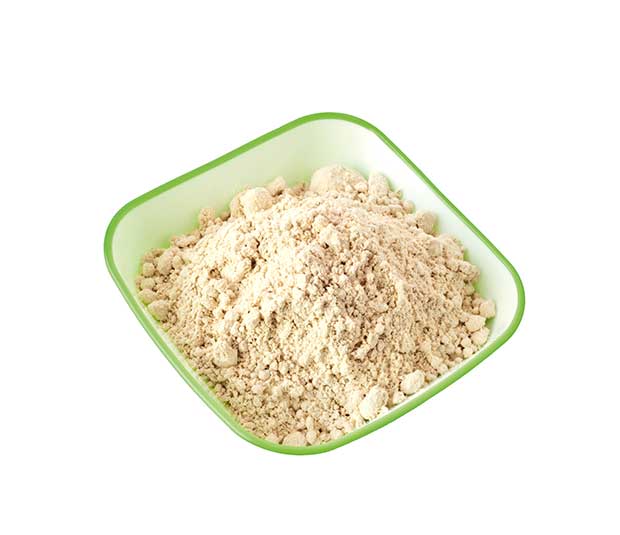 • On a chopping board, use a sharp knife to cut off the base and brown skin, put the nut in a steamer over a pot and steam them for about 20 minutes.
• While they’re hot, use the end of a rolling pin to push them through a coarse sieve to get rid of the brown pellicle. Don’t use a fine sieve and don’t try to push a lot through the sieve at once – if they’re really hard to push through, they probably need more cooking.
• The sieving process dries the chestnuts out. Pack into 500g re-sealable plastic bags and store in the freezer. Thaw before baking or cooking.

1. Fresh chestnuts frozen in the shell will go mushy and watery when defrosted, and should be cooked first. They will last several weeks in the fridge but will gradually deteriorate.
2. Boiled chestnuts minus the shell and pellicle (the brown inner skin) are called chestnut ‘meats’.
3. Get all the pellicle off the chestnut before cooking or it tends to add a bitter taint to anything it is cooked with. That said, some people like the bitterness in their cooking.
4. A 500g bag of chestnut flour is enough for a couple of meals for two people.
5. If you’re impatient, take the outer hull off but leave the pellicle on and put it in an oven dish with a roast, or drop it into a pot of boiling oil for a not-very-healthy but quite delicious snack. The pellicle will turn quite crispy and lose its bitterness, while the inside goes soft.
6. Look for any signs of rot while you are cutting off the base of a chestnut and throw any affected nuts away.
7. Frozen, processed chestnuts are best used up within six months. 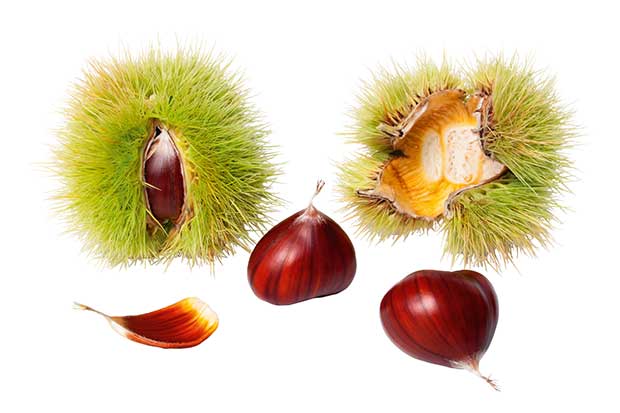 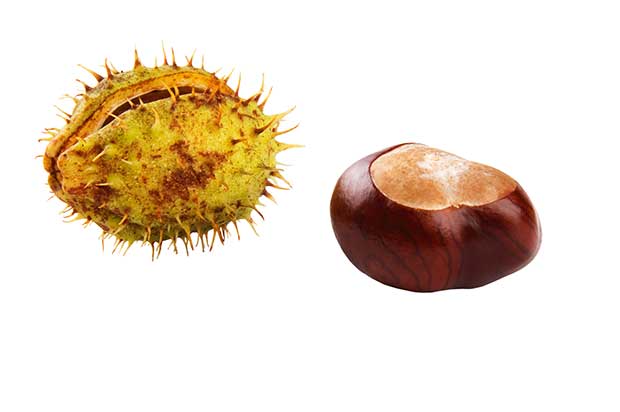 The water chestnut (Eleocharis dulcis, pictured below) is from a sedge plant that grows in swamps and is no relation. 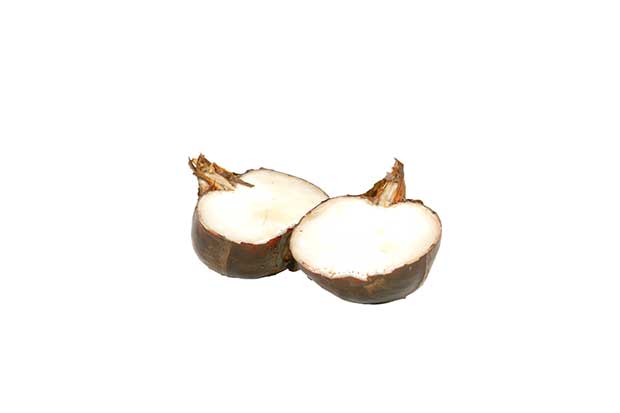 HOW TO ROAST CHESTNUTS IN THE OVEN

More stories you might like:
How to make your own dairy-free nut milk (including pumpkin, sunflower and oat)

Heat oven to 220°C. Prick or score shells of chestnuts, then arrange on a baking tray. Drizzle with drops of water flicked off your fingers, then place on the bottom rack of the oven. Cook for 10 minutes then turn the chestnuts over so they roast evenly. Once cooked, the kernel will easily peel off. Dip into melted butter and salt to taste.

HOW TO ROAST CHESTNUTS IN THE MICROWAVE

Cut raw chestnuts in half and place cut end down on a paper plate. Set your microwave to roast (70%) and cook for 2-3 minutes (this time will vary depending on your microwave).