How to use toilet rolls to fight a rat problem 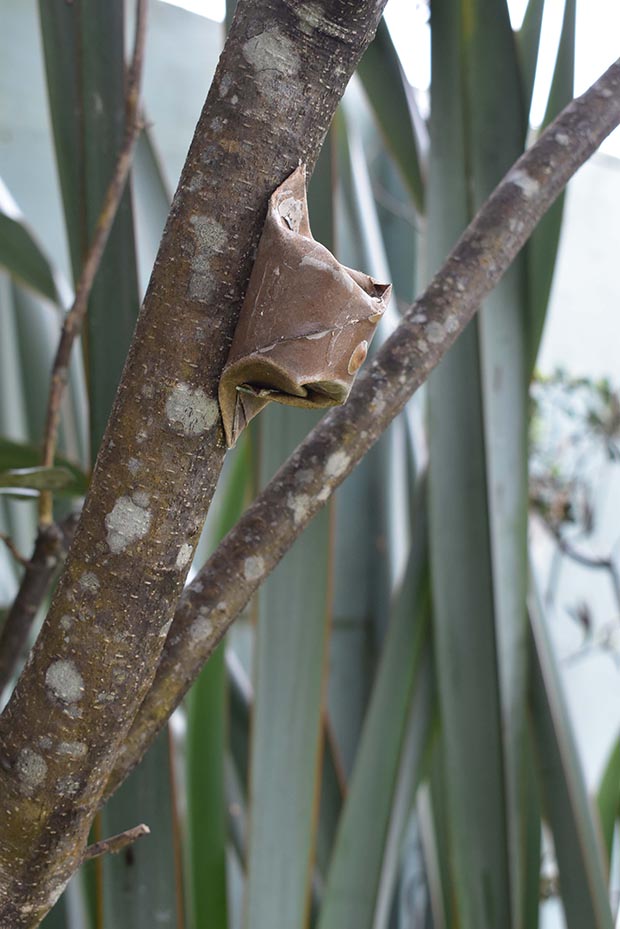 When you take on an island heaving with rats, you learn some tricks.

The rats of 1987 which infested Murray Staples’ block of land on Aotea/Great Barrier Island didn’t know they had bitten off more than they could chew.

“It was about 30 years ago when my wife, Denise and I, had just bought our two 15 acre blocks and moved to the island,” says Murray. “We’re about 750m down a track from the main road and the rats had eaten everything, even the insulation off the phone lines. I thought, ‘I’ll get you buggers’.”

The former commercial fisherman wasn’t fazed by a few rampant rodents and started on a trapping programme.

“I started out using brodifacoum poison, but it’s pretty non-selective. The rats took it into the chook house and it killed all the chooks.”

That’s a problem on this unique island. There are no possums, goats or mustelids (weasels, stoats). The pest population is feral cats, rabbits, rats and pigs, feeding on the huge numbers of native birds.

“We’ve got more than our fair share of rare birds,” says Murray. “You don’t want any poison around the place that they can get at.”

His first line of attack was traps. The 25 traps he used were full every night, and some were even still catching during the day, an indication of how hungry and how widespread the normally nocturnal rodents were. 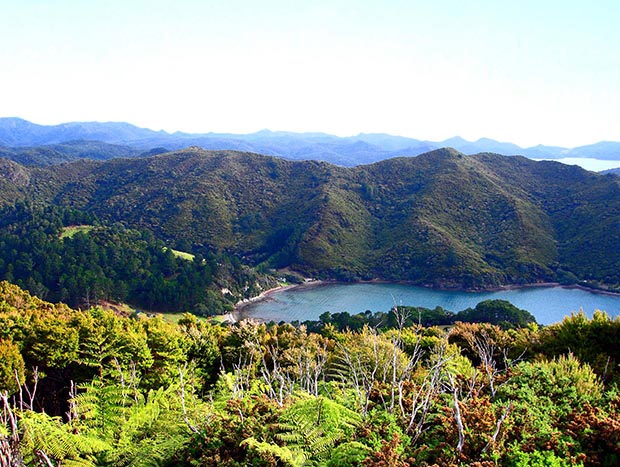 “For the first six months I was hard out trapping rats, then they tailed right off, and there was a very noticeable increase in bird life on the property.

“Every person who starts trapping rats thinks they’re going to kill every last one. Forget it. There’s no big one-time solution. They just take off into the mountains.”

Local environmentalist Judy Gilbert had been keeping an eye on Murray’s rat catching operation and she offered to arrange a Heritage Grant for him. This was used to buy another 150 traps and begin rat catching in earnest, focusing on her Windy Hill bird sanctuary nearby. 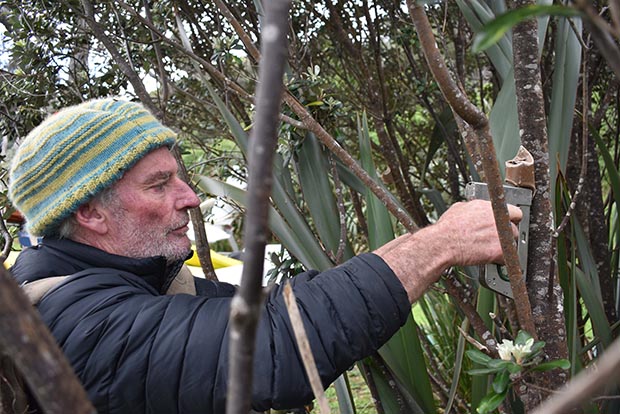 There have been plans to blitz the island’s rugged hinterland with aerial poison drops using 1080 or some other toxin, but Murray says that is entirely the wrong approach for Great Barrier.

More stories you might like:
A Lake Wakatipu gardener combines whimsy and nature to convey his big dreams for the world

“On the mainland, they can hit an area with 1080 – or some other broad spectrum poison that will smash everything – but here on the island we haven’t even got half of the pests they’re targeting. The air drop approach may work all right on the mainland, but not here. I’m not against using 1080 on the mainland, but we’ve got a unique situation here. We’ve got too many rare ground birds.”

The natives include the rare banded rail and brown teal (pateke) which are endemic to the island, and there are tui, kereru, kaka, fantail and fernbirds, eight species of native skink and five of native gecko.

Murray’s ongoing work eventually identified his toxin of choice: diphacinone. It’s the main ingredient in many pest baits you can buy at rural supply stores. 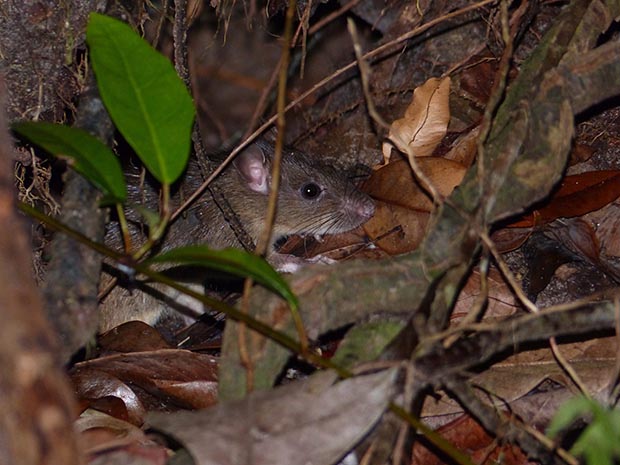 But Murray developed a cost-effective, ecologically sound method for applying it on the island. He ran ads on the local, solar-powered broadcast radio station Aotea FM and in the Barrier Bulletin newspaper asking for used toilet rolls. This sparked a rash of jokes from the islanders about wiping out the pest population.

However, Murray has discovered a unique way to turn them into an effective rat bait station.

“I dip the rolls in wax to waterproof them, then put about 50g of a peanut butter and poison mix in each one, fold the ends over and staple them to trees in the forest.

“A fit young guy can set 75 baits an hour with about 20m between them,” he says. “Diphacinone is great stuff – it just targets rats and isn’t toxic to most other animals. It won’t even kill mice.”

More stories you might like:
A guide to growing curry and why this ancient herb is what your garden is missing

The bonus is the cardboard rolls are 100% biodegradable. One 20 litre container of diphacinone holds around 400 baits, enough to kill about 1200 rats.

“You can set all your gear in one day and you’re in business. Rats are grazers. They only eat twice a night and consume about 10% of their body weight. They will get through about 20g of bait a night then graze on other foodstuffs. If they have been at the bait on the first night, they’ll have another nibble the next night. On the third night, they don’t turn up for work.” 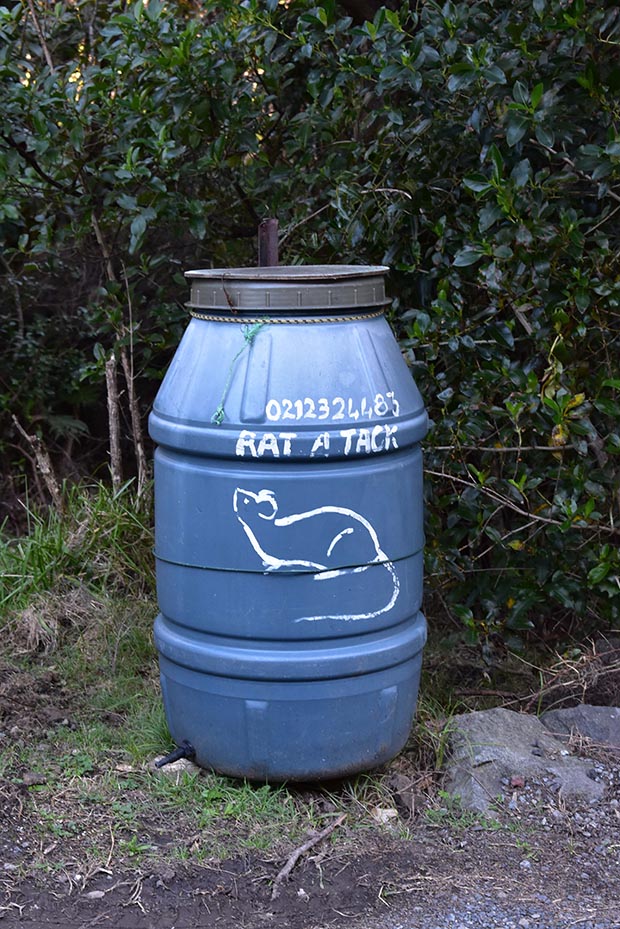 Rats feed in roving packs of 15 – 20 animals in Murray’s observations.

“We’re lucky. Great Barrier only has ship rats and kiore, not Norway rats. Kiore mostly stay up in the trees – if times are tough the ships rats will eat them if they come down to the ground.”

A mature ship rat can weigh about 300g. They have a four week gestation period and another four weeks before they reach sexual maturity.

He might be a great rat killer, but the Aotea/Great Barrier pest population that Murray hates most is feral cats. Politician Gareth Morgan may be talking the talk in Wellington, but here on the island, Murray’s out in the bush walking the walk.

“A couple of days ago I was out one morning and I came across three pairs of ruru (morepork) wings. The cats tear the wings off their prey so that they’re easier to carry. 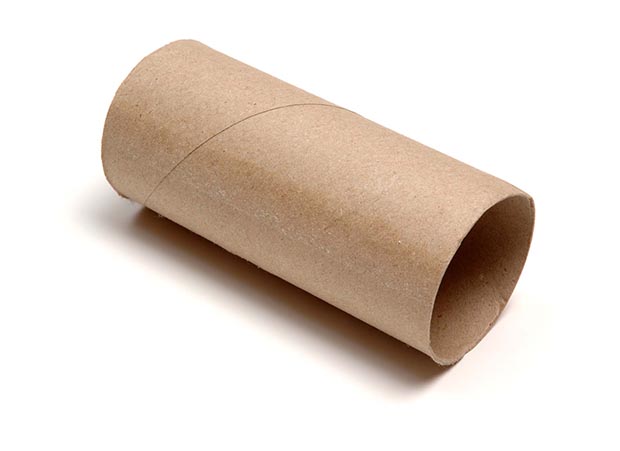 “We’ve just got too many rare ground birds at risk on this island. In spring, I get a lot of rats and cats just above the high tide mark – they’re there to prey on teal and penguin chicks. You’ve got to keep your thumb on them.

“Lots of people come up with the argument that if you have cats they keep the rats down. It just doesn’t work like that. An adult rat can see a cat off and there are much easier things – like skinks and birds – to eat. I’ve seen plenty of cat chunder – it’s mostly skinks and feathers.”

More stories you might like:
What is a honeyberry? Meet the Nelson couple trialling the odd-looking, nutritious fruit for New Zealand conditions

Murray’s business – Rat-A-Tack – has clients all over the island, mostly householders or bach owners who need rodent control when they’re not in residence, but he also keeps a keen eye out for depredations into the local birdlife. His own block is almost rat-free for the time being.

“We’ve got five stock units,” he laughs. “Four pigs and a chook.”

There’s also Rasta the dog. He doesn’t like cats either. 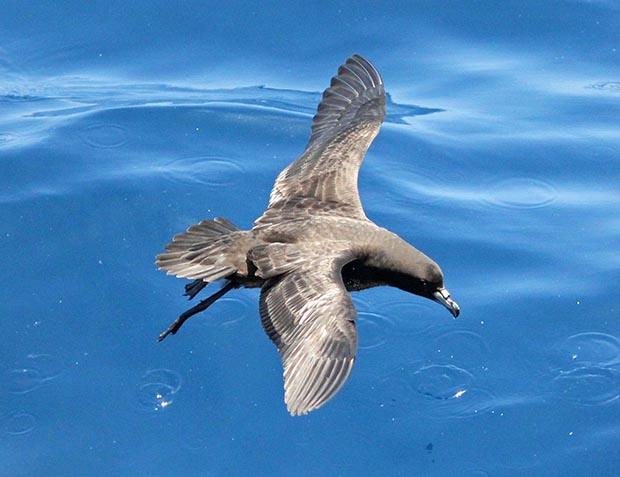 6 CURIOUS THINGS ABOUT SHIP RATS IN NZ
Ship rats (Rattus rattus) in NZ have had their lives studied more closely than anywhere else in the world. They are agile climbers and eat a wide variety of fruits, invertebrates and birds. They had a dramatic impact on the native biota during their initial spread through the North Island, which coincided with the decline of many bird species and the disappearance of others.

A study in 1993 attached radio trackers to six female and five male rats and found:
• Their home range was approximately 0.86 ha (2 acres), 174m in length, and overlapped.
• One adult male increased his range four-fold in just one week in late October (the start of the breeding season).
• Ship rats shared dens – many up in trees – and moved around dens on different days.

Rats affect vegetation in several ways:
• They kill seabirds, eating eggs, chicks and adults. Seabirds on islands like Great Barrier are the ecosystem engineers, with a huge effect on plant communities and microclimate.
• This has an effect on soil pH, preventing seeds and seedlings from thriving, even years after all the rats have gone.
• Rats also directly affect plants by eating seeds and seedlings meaning very low diversity, with only Pseudopanax lessonii and Coprosma macrocarpa able to make any headway.