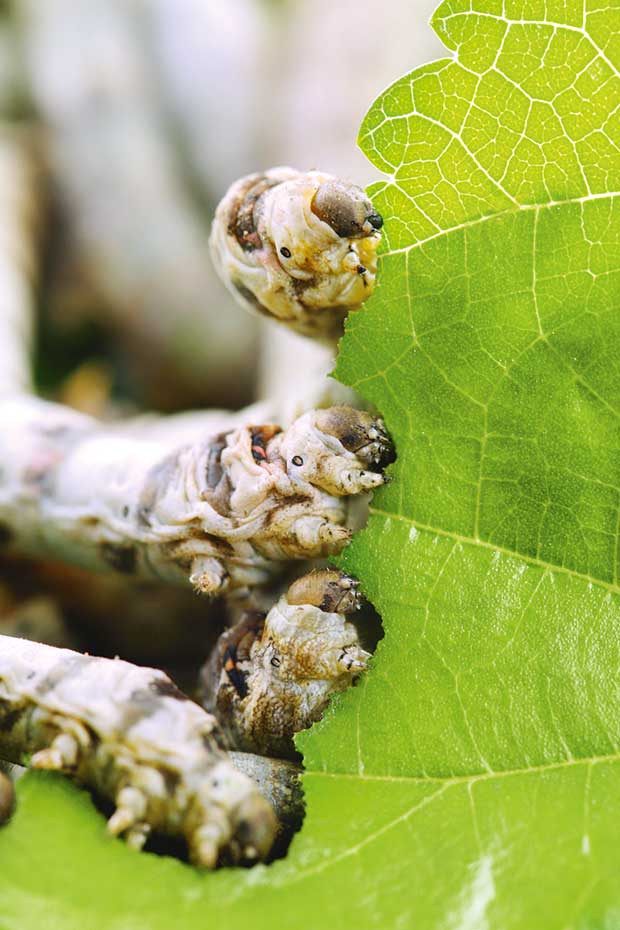 The little caterpillar that creates silk is also an unusual and hungry pet.

Growing up in South Africa, spring was a special time of year. It had a sudden effect on one of my favourite trees, showing its beauty on a branch in the form of a light green emerald gem on the tip of dusty, old, brown, withered twig.  It meant rushing home from school every day, then running through the house to the linen closet. Opening the creaky door, reaching up on my tippy toes to grab an old, stained shoebox from the top shelf. 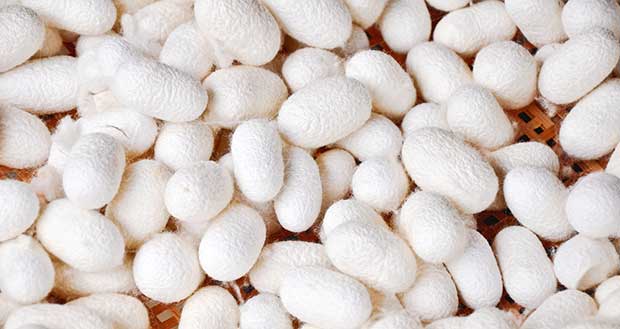 Silkworm cocoons come in a range of colours.

I’d lift the lid to check what was easy to miss amongst a sea of silvery blue eggs. Barely bigger than a grain of salt. Three little, black, ant-like critters crawling about and feeling their way around. I would rush back to that tree at the end of the road with excitement. Clamber up to grab some delicate little leaves. Then run home and carefully place the little silkworms on the leaves to have their first bite of spring.

When I came to New Zealand I thought I would have to leave this little tradition behind. Then I discovered there are silkworms here too. These insects have always fascinated me, from their exciting hatching to their gentle silk-making movements when weaving their cocoons. 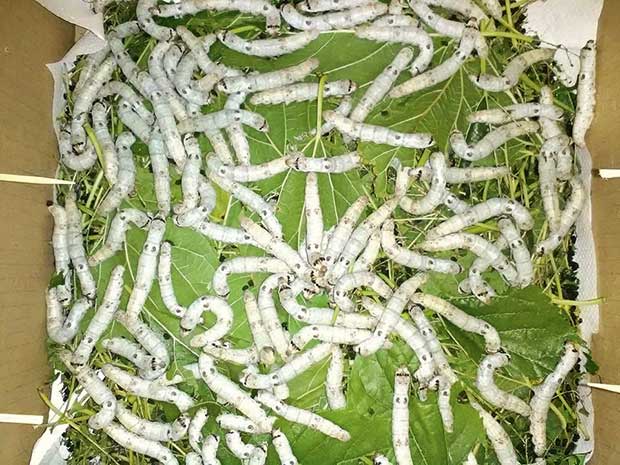 The silkworm (Bombyx mori) is the caterpillar of the mulberry tree moth. Its use for silk-weaving dates back 5000 years in China. They were brought into NZ in the 1880s for silk production and trade. Unfortunately this idea failed early on due to the small population and isolation from the rest of the world.

However, silkworms are still here thanks to a handful of dedicated people raising them as a hobby or as feed for reptiles. I was lucky to acquire some from a friend who bred them to feed to his skinks and lizards.  Today my focus is on preserving the historical silkworm bloodlines, and teaching people about the silkworm and its lifecycle. The dream is to further explore the benefit of the silkworm and its uses.

Everyone deserves a second chance, even very hungry little caterpillars. 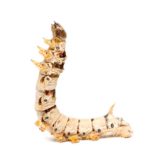 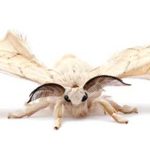 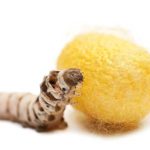 6 THINGS YOU MAY NOT KNOW ABOUT SILKWORMS

1.  The gum produced by a silkworm as its spins a cocoon is called sericin. It is a form of protein used in beauty and hair products.

2. Pupae are high in good quality protein and low in fat. They are served boiled and seasoned as a snack food by street vendors in Korea (called beondegi). In Japan and Vietnam they are boiled in a sweet and sour sauce.

3. In Japan, the little hatchlings are called kego which means ‘hairy little baby’ as pupae are covered in fine hair when they hatch. The hairs are lost when the caterpillar undergoes its first moult.

4. Silkworm cocoons come in a range of colours – white, yellow, straw, salmon, pink, green – depending on the pigments in the mulberry leaves that they eat.

6. The silkworm caterpillar can only feed on mulberry tree leaves. 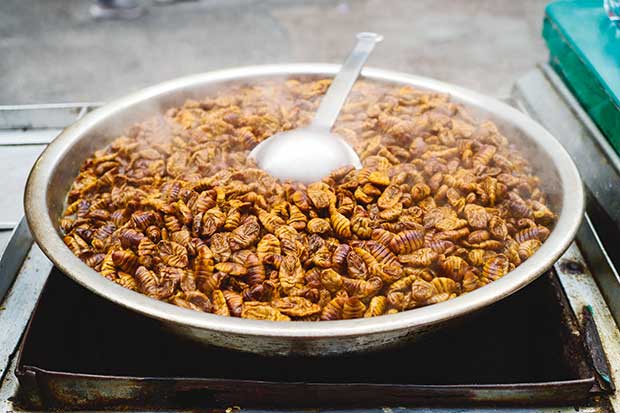 Silkworms as a snack food.

For more on Rudi’s silkworms